4th May 1917 Chocolates to France and news from USA

4th May 1917 Chocolates to France and news from USA 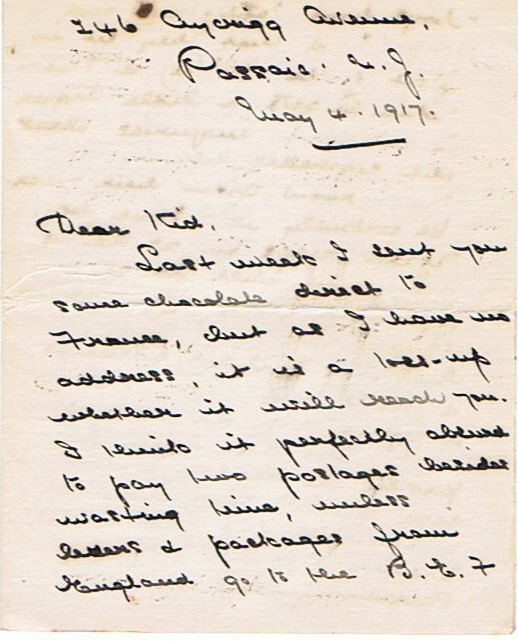 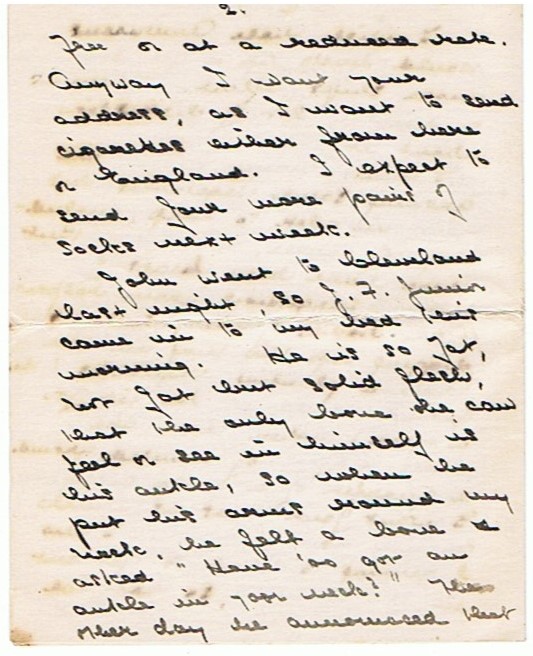 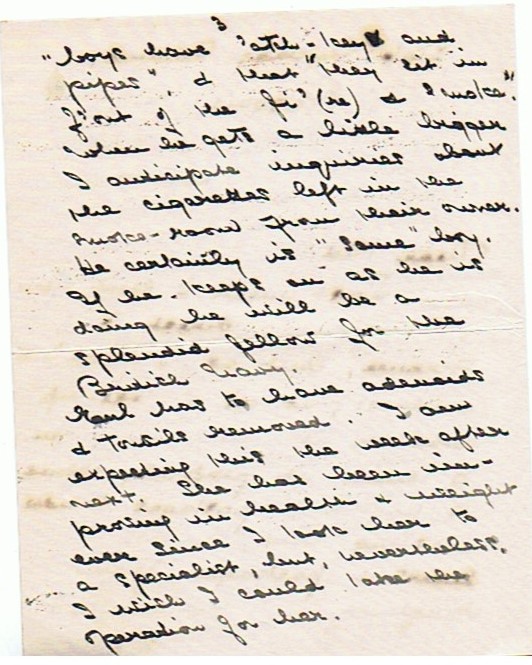 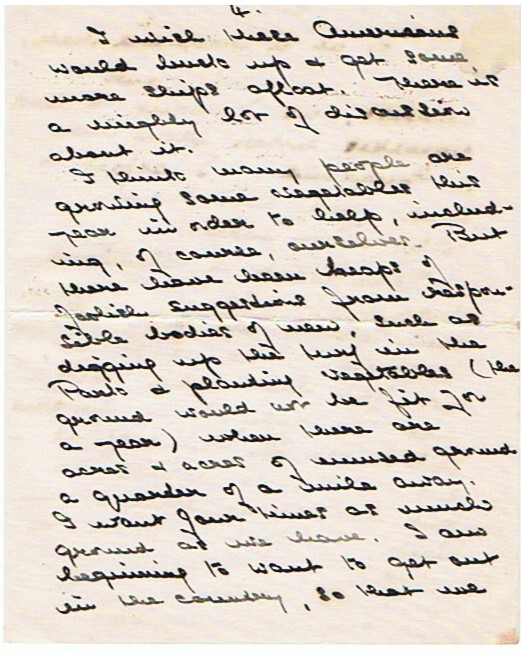 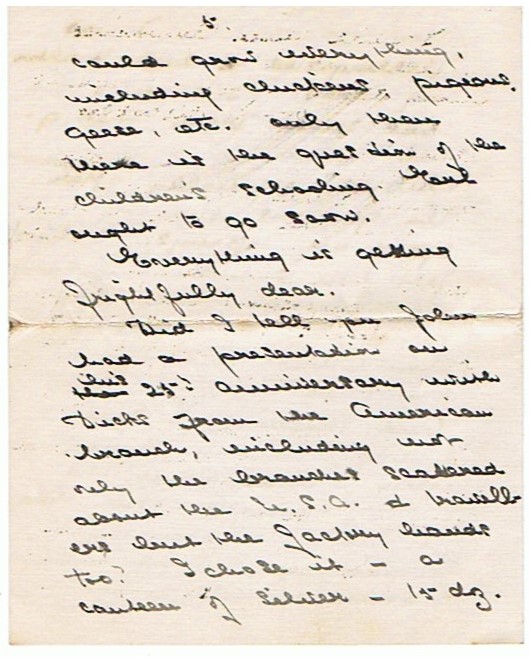 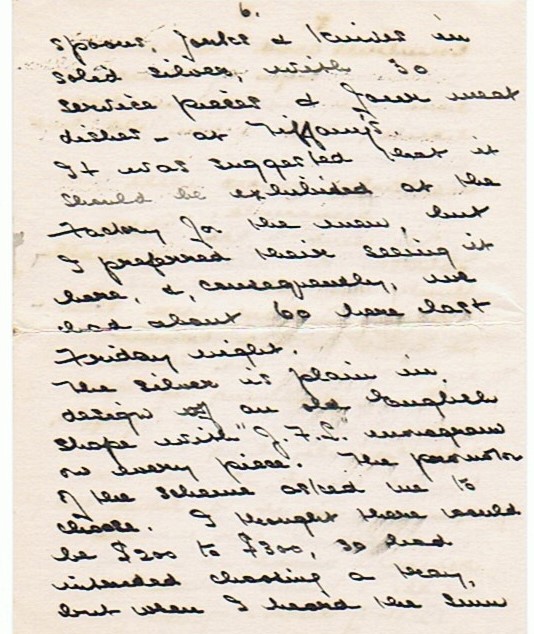 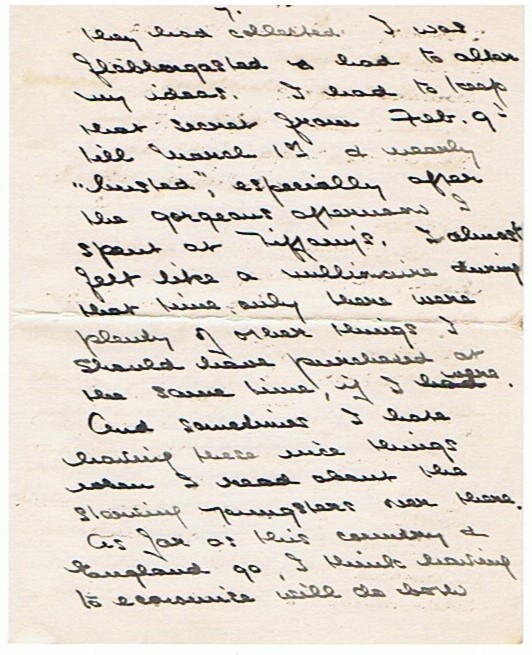 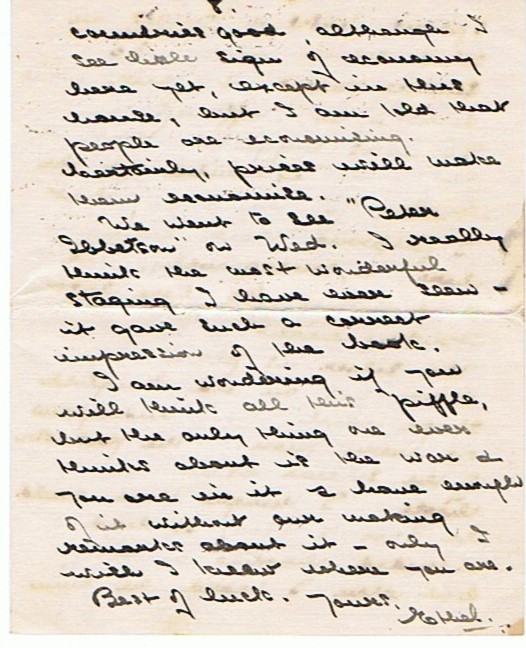 Last week I sent you some chocolate direct to France, but as I have no address, it is a toss-up whether it will reach you. I think it perfectly absurd to pay two postages besides wasting time, unless letters and packages from England go to the B.E.F. free or at a reduced rate. Anyway I want your address, as I want to send cigarettes either from here or England. I expect to send four more pairs of socks next week.

John went to Cleveland last night, so J.F. Junior came in to my bed this morning. He is so fat, not fat but solid flesh, that the only bone he can feel or see in himself is his ankle, so when he put his arms round my neck, he felt a bone and asked “Have ‘oo got an ankle in your neck?”. The other day he announced that “boys have ‘atch-keys and pipes”, and that “they sit in front of the fi’(re) and smoke”. When he gets a little bigger I anticipate inquiries about the cigarettes left in the smoke-room from their owner. He certainly is “some” boy, If he keeps on as he is doing he will be a splendid fellow for the British Navy.

Erl has to have adenoids and tonsils removed. I am expecting this the week after next. She has been improving in health and weight ever since I took her to a specialist, but, nevertheless, I wish I could take the operation for her.

I wish these Americans would buck up and get some ships afloat. There is a mighty lot of discussion about it.

I think many people are growing some vegetables this year in order to help, including, of course, ourselves. But there have been heaps of foolish suggestions from responsible bodies of war, such as digging up the ivy in the Park and planting vegetables (the ground would not be fit for a year) when there are acres and acres of used ground a quarter of a mile away. I want four times as much ground as we have. I am beginning to want to get out in the country, so that we could grow everything, including chickens, pigeons, geese etc, only then there is the question of the children’s schooling. Erl might go soon.

Everything is getting frightfully dear.

Did I tell you John had a presentation on his 25th anniversary with Dicks from the American branch, including not only the branches scattered about the U.S.A. and Marseilles but the factory hands too? I chose it – a canteen of silver – 1 doz. spoons, forks and knives in solid silver, with 30 service pieces and four meat dishes – at Tiffany’s.

It was suggested it should be exhibited at the Factory for the men, but I preferred their seeing it here, and, consequently, we had about 60 here last Friday night.

The silver is plain in design of an old English shape with “J.F.L.” monogram on every piece. The promoter of the scheme asked me to choose. I thought there would be $200 to $300, so had intended choosing a tray, but when I heard the sum they had reached I was flabbergasted and had to alter my ideas. I had to keep that secret from Feb. 9 til March 1st and nearly “busted”, especially after the gorgeous afternoon I spent at Tiffany’s. I almost felt like a millionaire during that time only there were plenty of other things I should have purchased at the same time, if I were. And sometimes I hate having these nice things when I read about the starving youngsters over there. As far as this country and England go, I think having to economise will do both countries good, although I see little sign of economy here yet, except in this house, but I am told that people are economising.

Certainly, prices will make them economise.

We went to see “Peter Ibbotson” on Wed. I really think the most wonderful staging I have ever seen – it gave such a correct impression of the book.

I am wondering if you will think all this piffle, but the only thing one ever thinks about is the war and you are in it and have enough of it without our making remarks about it – only I wish I knew where you are.