From 28th July 1914 until 11th November 1918 a global war was fought, centred in Europe, known as the World War or the Great War. In America it was initially called the European War. On the approach to the Second World War, the Great War became known as the First World War, World War I (WWI or WW1).
The war cost nearly 9 million lives and nearly 30 million casualties or missing on both sides.

Key dates in this compilation:

In the spring of 1915 voluntary enlistments had averaged 100,000 men per month, but this was unsustainable. The upper age limit was raised but it became clear that voluntary recruitment was insufficient

On 15th July 1915 the government passed the National Registration Act to stimulate recruitment and to discover how many men aged between 15 and 65 were engaged in each trade. The results of this census showed there were nearly 5 million males of military age who were not in the forces, if which 1.6 million were in the protected, high or scarce skills jobs.

Edward Stanley, Lord Derby played a major part in raising volunteers and was appointed Director-General of Recruiting in October 1915. Within 5 days of his appointment he brought forward a programme, often called the Derby Scheme although its official title was the Group Scheme, for raising the numbers. The scheme informed men aged 18 to 40 that they could continue to enlist voluntarily or attest with an obligation to come if called up later on.

The War Office notified the public that the last day for voluntary enlistment would be 15 December 1915.

The Volunteer Corps was formed in 1859 in response to patriotic fervour generated by the threat of invasion from Napoleon III of France. The Artists Rifles was formed in 1860, the idea for a special corps for artists, coming from Edward Sterling, an art student.

This ‘Corps of Artists’ consisted of painters, sculptors, engravers, musician, architects and actors. As the years went by the composition of the regiment was broadened to include lawyers, doctors and civil engineers.

The Artists’ Rifles mobilised on 4th Aug 1914 and became part of London Division Army Troops in the St Albans area.

A stream of officers provided by the Artists grew to reach a total of over 10,000 before the war was over.

The King’s Royal Rifle Corps raised 22 battalions in total during the course of WWI and saw action on the Western Front, Macedonia and Italy. The regiment lost 12,840 men who were killed during the course of the war.
The 2nd Battalion was stationed at Blackdown, Aldershot at the outbreak of war as part of the 2nd Brigade of the 1st Division. In August 1914 it was mobilised for war and landed at Havre and engaged in various action on the Western Front.
On 10th July 1917 the 1st Division had relived the French in the narrow bridge-head over the River Yser. Two battalions were across the river: the 2nd Battalion KRR and the 1st Northamptonshires. A heavy bombardment commenced in the early evening and then the German infantry attacked. German aeroplanes machined gunned the breastworks. The KRR recorded losses of officers as 7 killed, 4 wounded, 6 missing, and the loss of 481 other ranks.

Holzminden prisoner-of-war (PoW) camp was a WWI camp for British and British Empire Officers (Offizier Gefangenenlager) located in Holzminden, Lower Saxony, Germany. It operated between September 1917 and December 1918 occupying the premises of calvary barracks erected in 1913. The two four storey blocks were known as Kaserne. Wooden single storey buildings in front of the the barrack blocks incorporated cookhouses, woodshed, bath-house and parcel-room. The two main barrack blocks of the camp survive to this day and are still in military use as barracks for the German Army. 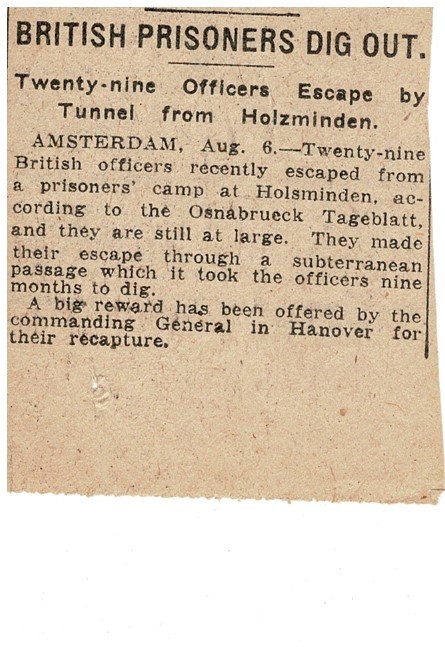 Holzminden is remembered as the location of the largest PoW escape of the war ( 23rd July 1918). Using a tunnel, 80 British prisoners planned to make their great escape but unfortunately the 30th escapee got stuck, preventing anyone else from getting through: 29 officers escaped and ten of these made their way back to Britain. 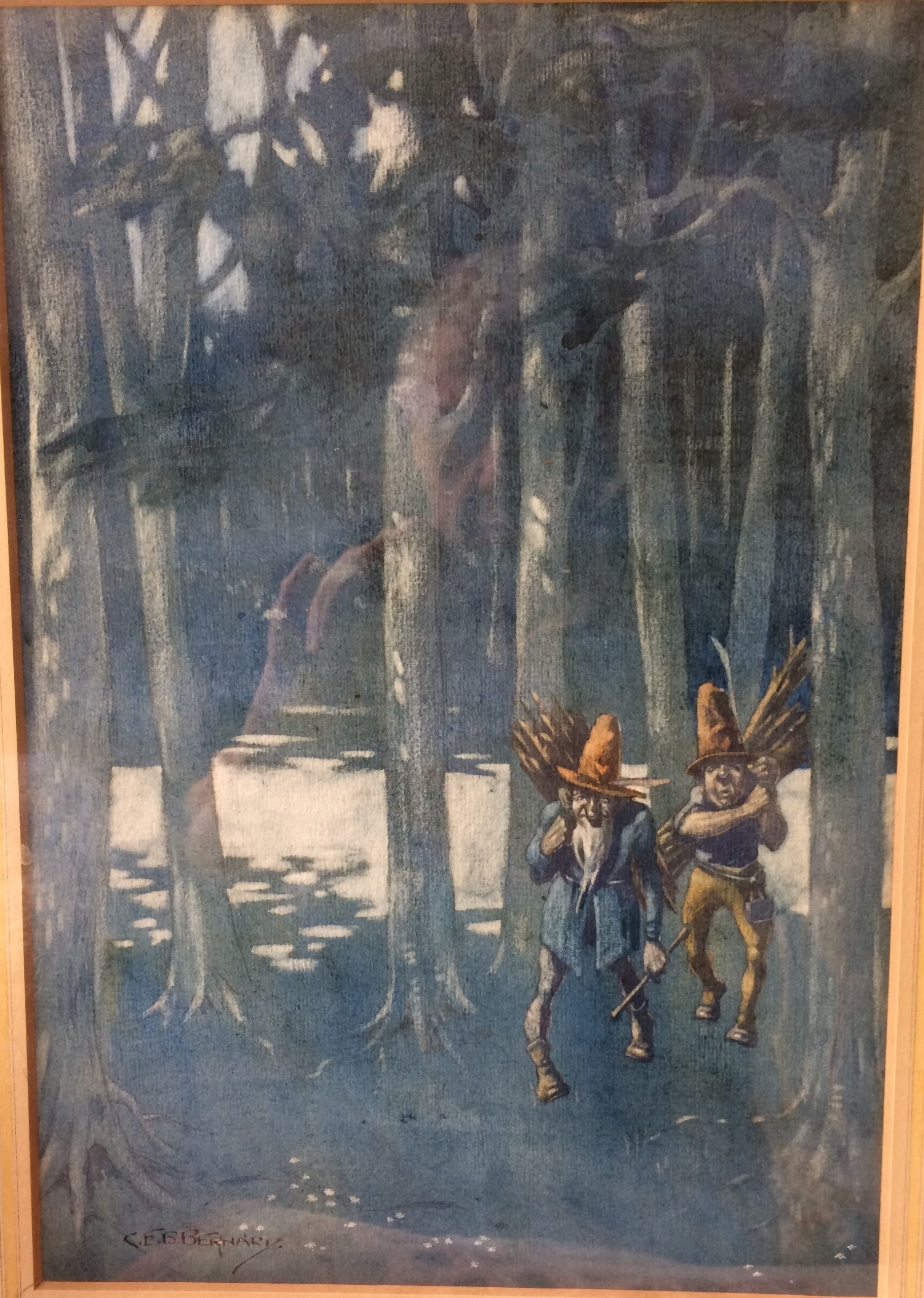 Artist CEB Bernard was active between 1914 and 1929. His works have been sold at Christie’s (South Kensington and Scotland) and Illustration House. He worked with pen and ink and watercolour. In a letter dated 22nd Dec 1917 David says that he has bought the Rip Van Winkle illustration from Bernard who was a fellow officer at Holzminden.

The Northern Assurance Company was established in Aberdeen in 1836 as the North of Scotland Fire and Life Assurance Company and renamed Northern Assurance Company in 1848. The company initially had two departments: fire assurance and life assurance. In 1837 a new prospectus stated that “the company insures houses, manufactories, furniture, goods, and merchandise, farming stock, shipping in Port and Dock, and while Building, Repairing, or used on Navigable Canals, and all other Property, from Loss or Damage by fire”. The business also included “endowments of children, the purchase and sale of annuities, insurance on joint lives and survivorships, and every Transaction dependent on the Contingency of Life.” It is now part of Aviva.
At the outbreak of WWI, between 50 and 60 of the 361 male staff in the UK were already in the territorial forces or naval reserve. By the end of 1914, 105 staff had joined up. By the end of the war, 335 men were serving in the forces, 61 were known to have died: 18% of those who served.