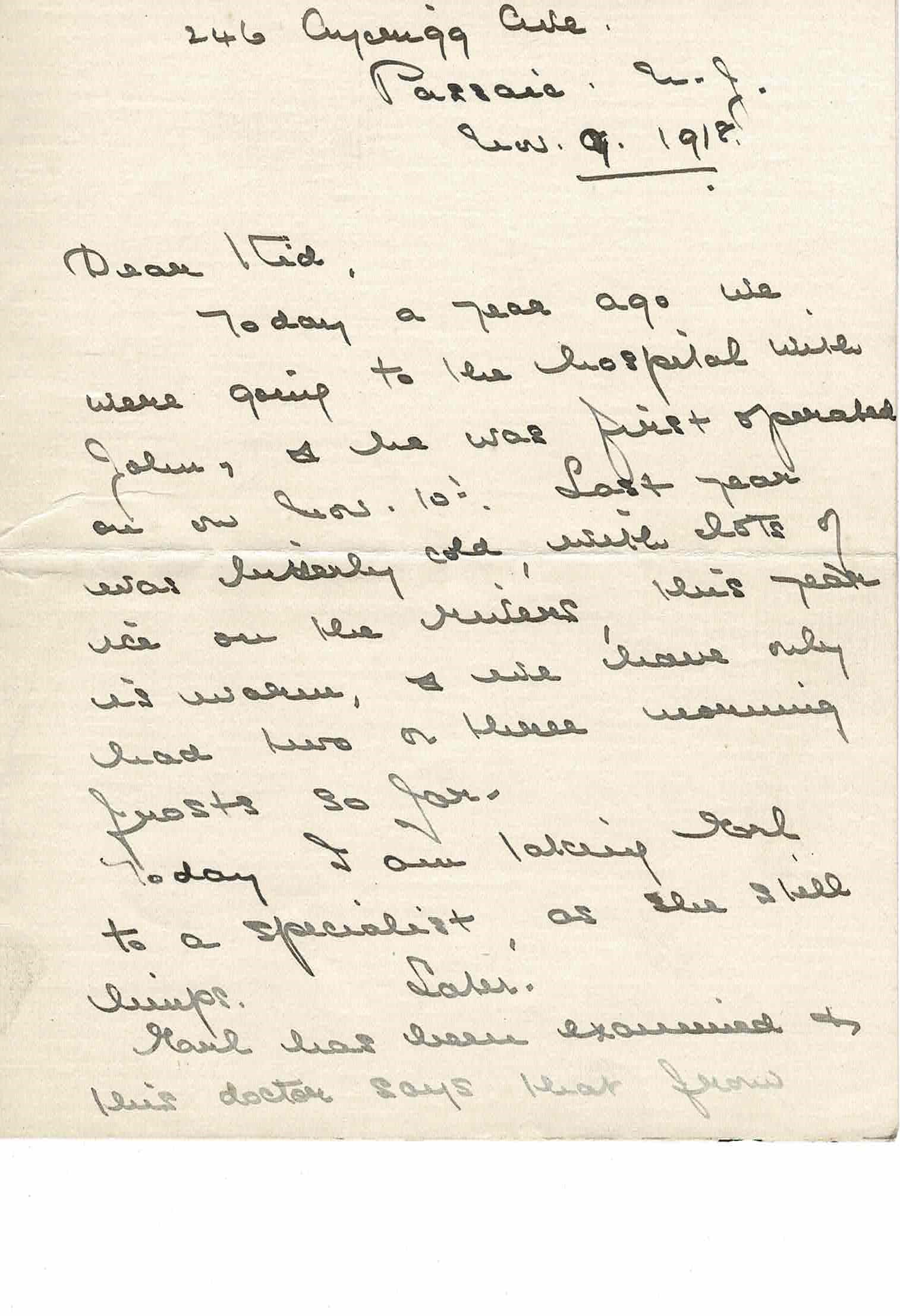 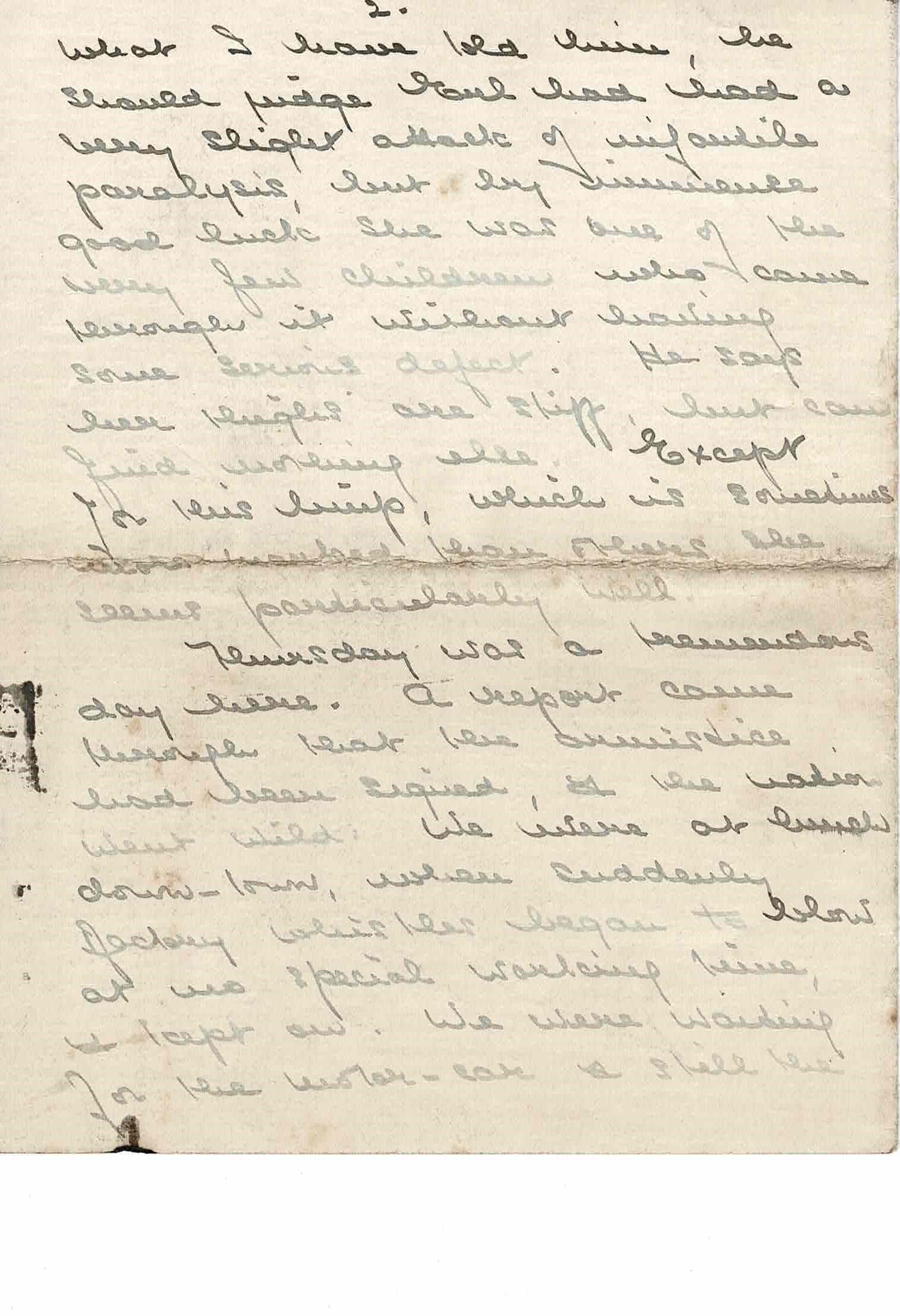 Today a year ago we were going to the hospital with John, he was first operated on on Nov 10. Last year was bitterly cold, with lots of ice on the rivers, this year is warm, & we have only had two or three morning frosts so far.

Today I am taking Erl to a specialist, as she still limps.

Erl has been examined & this doctor says that from what I have told him, he should judge Erl had had a very slight attack of infantile paralysis, but by immense good luck she was one of the very few children who came through it without having some serious defect. He says her thighs are stiff, but can find nothing else. Except for this limp, which is sometimes more marked than others, she seems particularly well.

Thursday was a tremendous day here. A report came through that the armistice had been signed, & the nation went wild. We were at lunch down-town, when suddenly factory whistles began to blow at no special working time, & kept on. We were waiting for the motor-car & still the whistles blew, & then we were told what it was. My first comment was, “Imagine being in this one horse town instead of being in London at such a time.” Next I said to John “Wouldn’t you like to be in New York?” & next “I shall take the children and get the 3.5 train to NY, & then I had the bright idea of his driving up in the car, as he was going up on business, & taking us. Cars & .. the whistles blew, & in the end all factories were closed, & we drove to NY. All business there had ceased at 1 o’c, & then someone had the bright idea of throwing a waste-basket & its contents out of the window, & then up went many thousands of windows & all waste baskets were emptied out orders, letters, telephone books, & any old paper that would tear, were … up & thrown out, the whole making impromptu confetti, & my word ! you should have seen the mess – right from the Bakery up to 45th St – that is miles of roadway. Flags and anything that would make a noise everywhere. Unfortunately before we got to New York we had found it was a false report, passed by a Navy Censor, & although it might be a matter of days or weeks, or months, we knew the result would at the end be as we wanted, the sudden disappointment put a damper on us, but still people went on rejoicing, & I was glad to have seen NY in such circumstances. Erl asked today if Uncle David would come straight to Passaic.