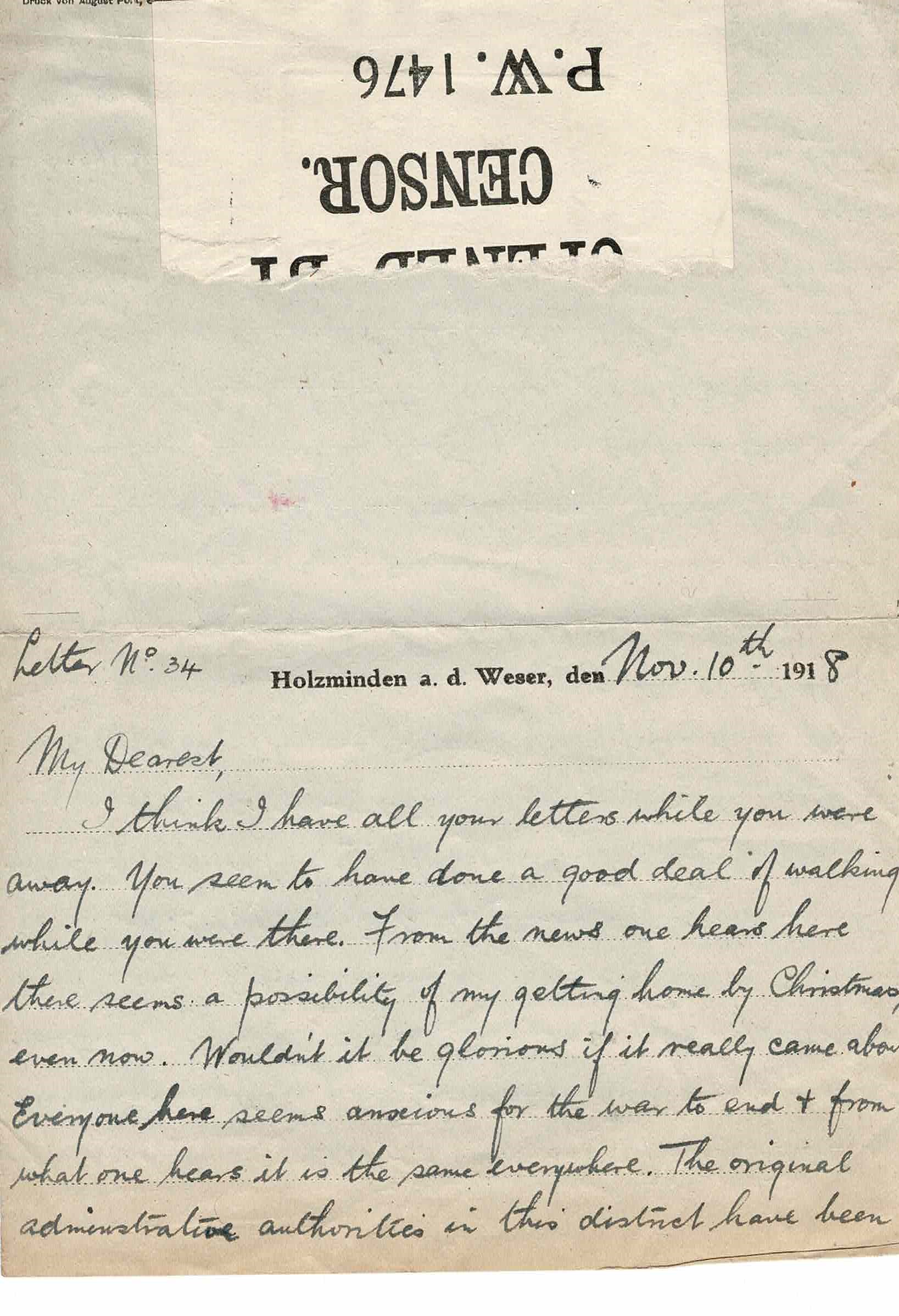 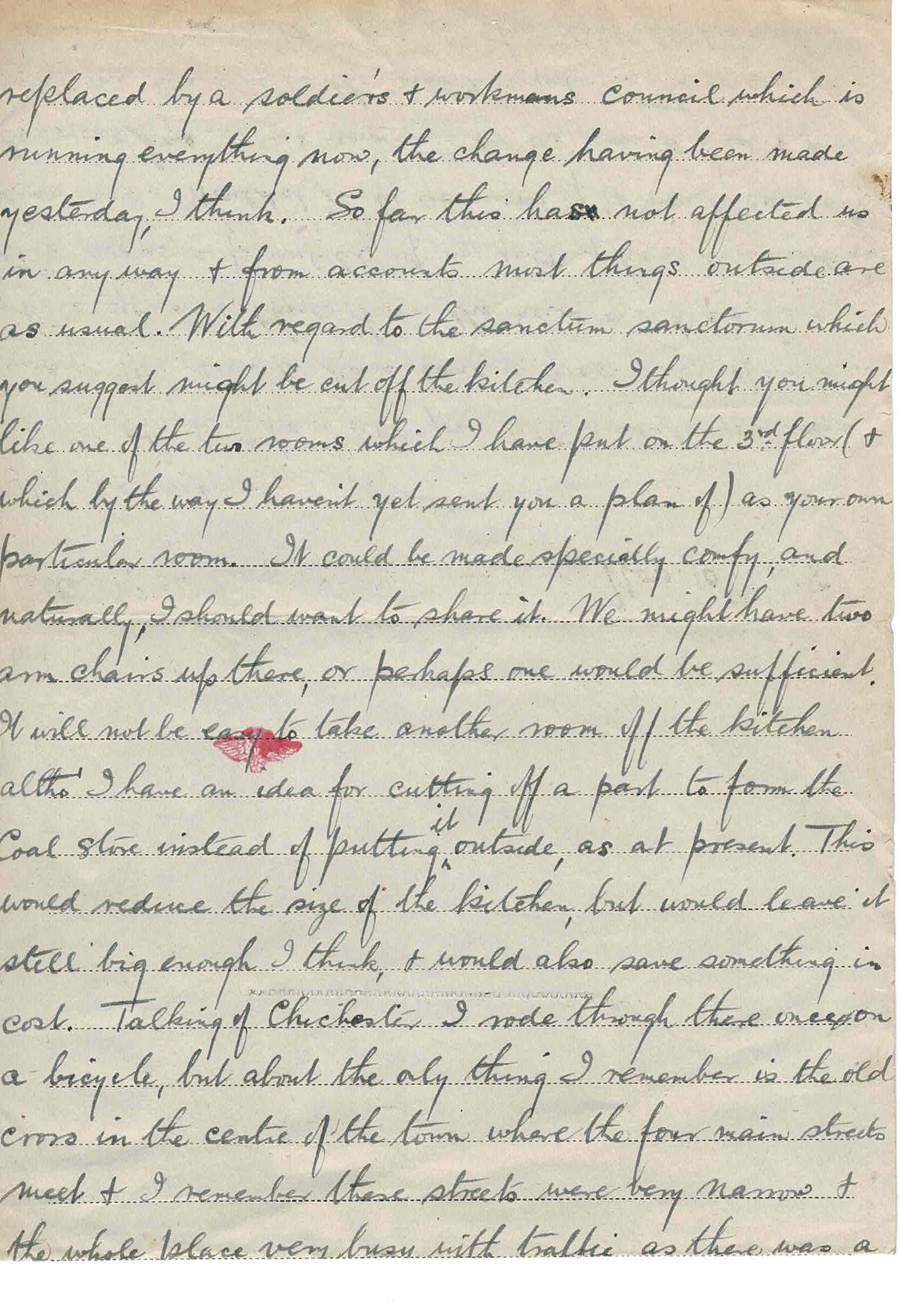 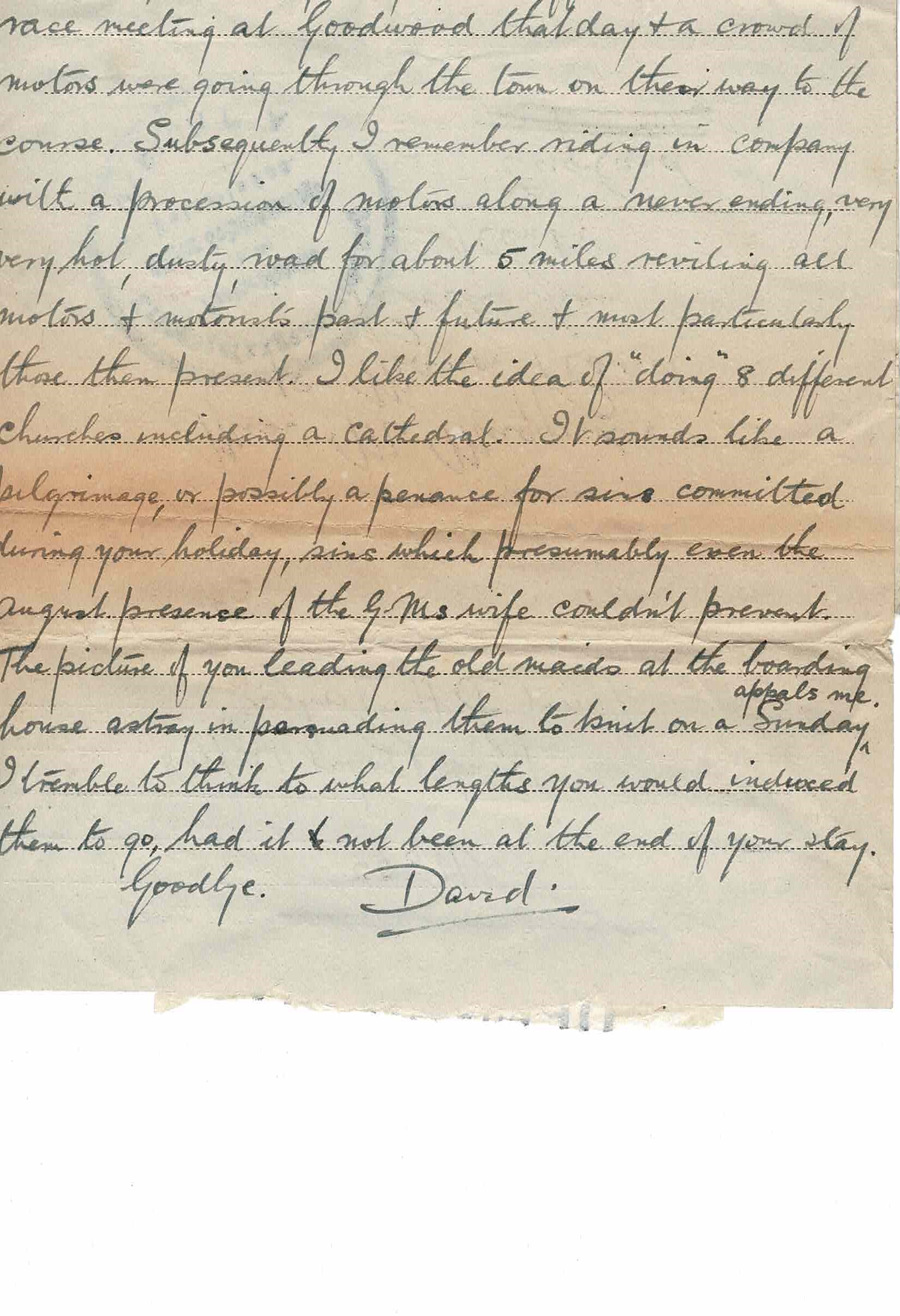 I think I have all your letters while you were away. You seem to have done a good deal of walking while you were there. From the news one hears here there seems a possibility of my getting home by Christmas even now. Wouldn’t it be glorious if it really came about? Everyone here seems anxious for the war to end & from what one hears it is the same everywhere. The original administrative authorities in the district have been replaced by a soldier’s and workmans Council which is running everything now, the change having been made yesterday, I think. So far this has not affected us in any way & from accounts most things outside4 are as usual. With regard to the sanctum sanctorum which you suggest might be cut off the kitchen. I thought you might like one of the two rooms which I have put on the 3rd floor (& which by the way I haven’t yet sent you a plan for) as your own particular room. I could be made especially comfy, and naturally, I should want to share it. We might have two arm chairs up there, or perhaps one would be sufficient. It will not be easy to take another room off the kitchen altho’ I have an idea for cutting off a part to form the coal store instead of putting it outside, as at present. This would reduce the size of the kitchen, but would leave it still big enough I think, & would also save something in cost. Talking of Chichester I rode through there once on a bicycle, but about the only thing I remember is the old cross in the centre of town where the four main streets meet & I remember these streets were very narrow & the whole place very busy with traffic as there was a race meeting at Goodwood that day & a crowd of motors were going through the town on their way to the course. Subsequently I remember riding in company with a procession of motors along a never ending, very very hot, dusty road for about 5 miles reviling all motors & motorists past & future & most particularly those then present. I like the idea of “doing” 8 different churches including a cathedral. It sounds like a pilgrimage, or possible a penance for sins committed during your holiday, sins which presumably even the august presence of the GMs wife couldn’t prevent. The picture of you leading the old maids at the boarding house astray in persuading them to knit on a Sunday appals me. I tremble to think to what lengths you would induced them to go, had it not been the end of your stay.