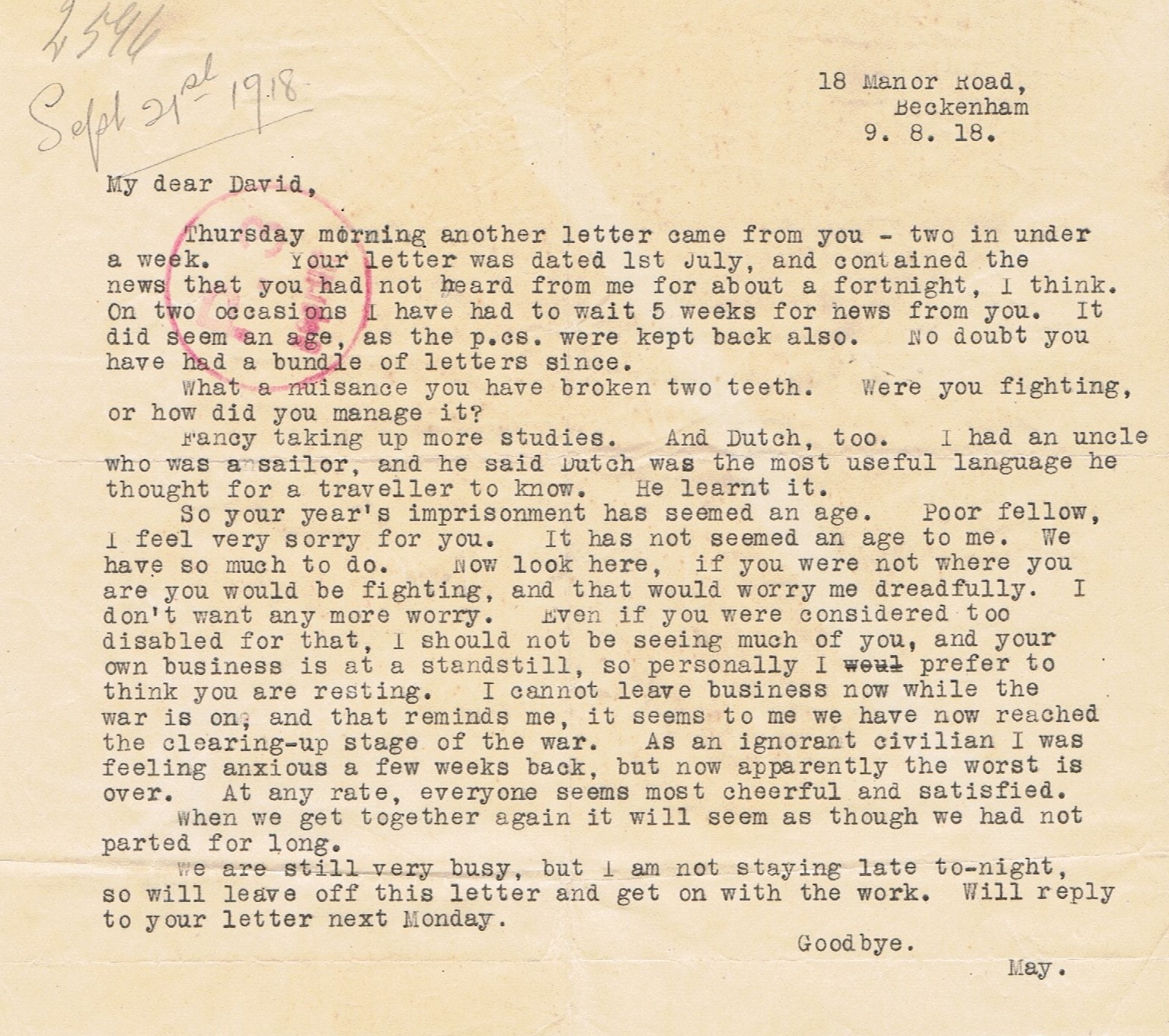 May to David Beckenham 9.8.18
My dear David,
Thursday morning another letter came from you – two in under a week. Your letter was dated 1st July, and contained the news that you had not heard from me for about a fortnight, I think. On two occasions I have had to wait 5 weeks for new from you. It did seem an age, as the p.c.s were kept back also. No doubt you have had a bundle of letters since.
What a nuisance you have broken two teeth. Were you fighting, or how did you manage it?
Fancy taking up more studies. And Dutch too. I had an uncle who was a sailor, and he said Dutch was the most useful language he thought for a traveller to know. He learnt it.
So your year’s imprisonment has seemed an age. Poor fellow, I feel very sorry for you. It has not seemed an age to me. We have so much to do. Now look here, if you were not where you are you would be fighting, and that would worry me dreadfully. I don’t want more worry. Even if you were considered too disabled for that, I should not be seeing much of you, and your own business is at a standstill, so personally I prefer to think you are resting. I cannot leave business now while the war is on, and that reminds me, it seems to me we have now reached the clearing-up stage of the war. As an ignorant civilian I was feeling anxious a few weeks back, but now apparently the worst is over. At any rate, everyone seems most cheerful and satisfied.
When we get together again it will seem as though we had not parted for long.
We are still very busy, but I am not staying late to-night, so will leave off this letter and get on with the work. Will reply to your letter next Monday.
Goodbye.
May