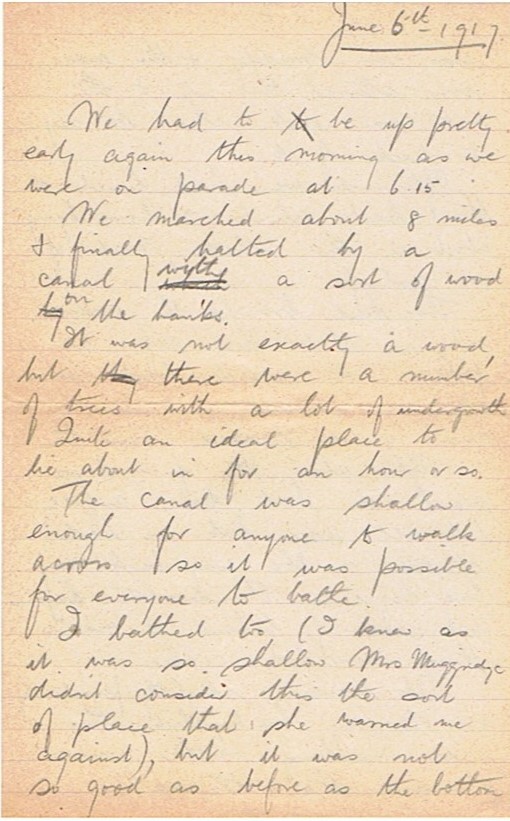 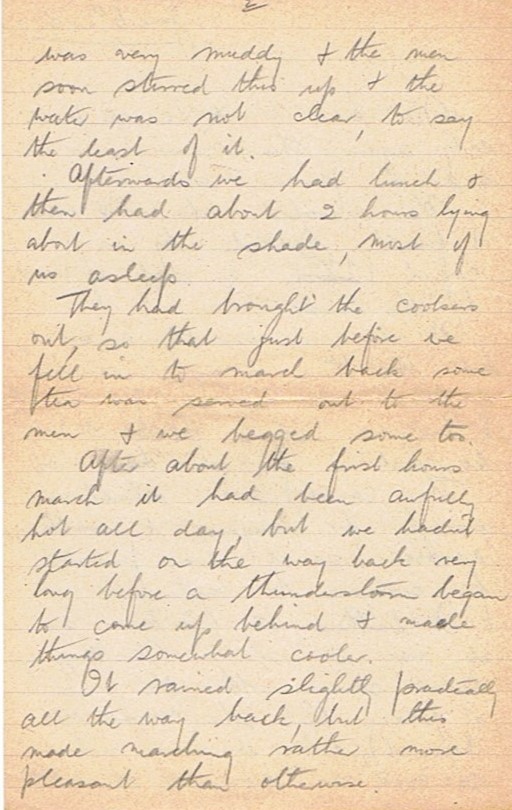 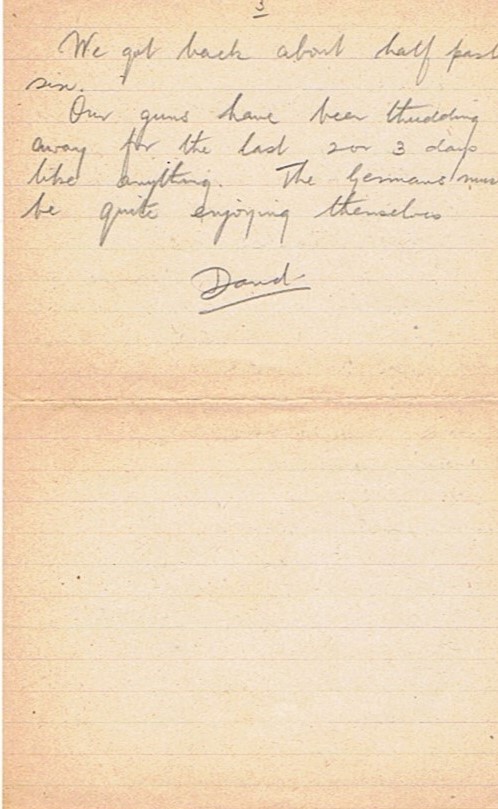 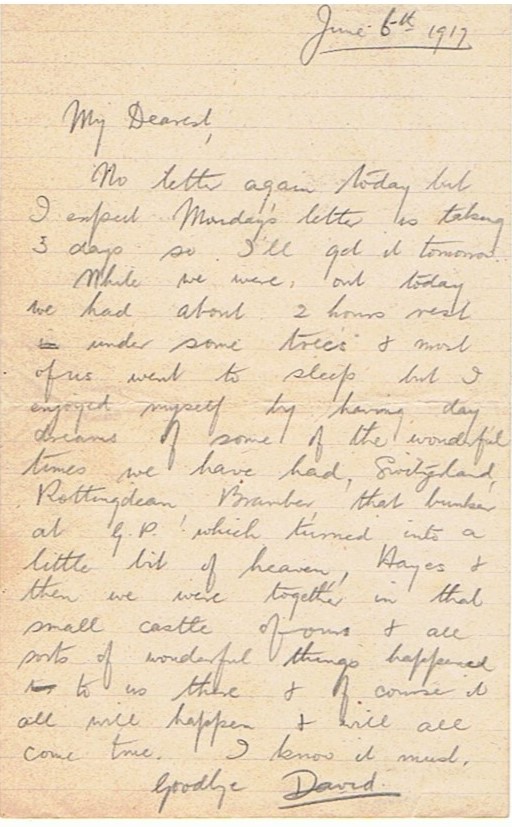 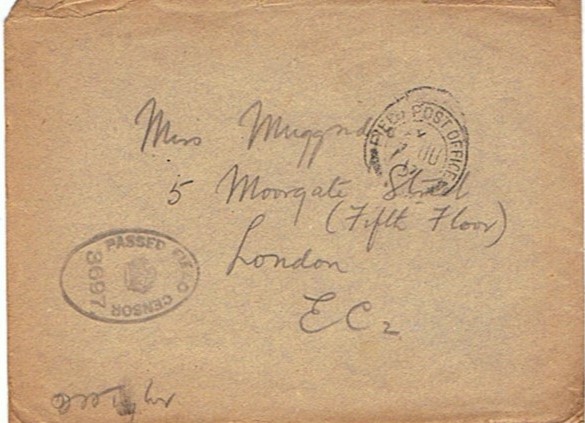 We had to be up pretty early again this morning as we were on parade at 6.15.

We marched about 8 miles and finally halted by a canal with a sort of wood on the banks.

It was not exactly a wood but there were a number of trees with a lot of undergrowth. Quite an ideal place to lie about in for an hour or so.

The canal was shallow enough for anyone to walk across so it was possible for everyone to bathe. I bathed too (I knew as it was so shallow Mrs Muggridge didn’t consider this the sort of place that she warned me against), but it was not so good as before as the bottom was very muddy and the men soon stirred this up and the water was not clear, to say the least of it.

Afterwards we had lunch and then had about 2 hours lying about in the shade, most of us asleep.

They had brought the cookers out, so that just before we fell in to march back some tea was served out to the men and we begged some too.

After about the first hour’s march it had been awfully hot all day, but we hadn’t started on the way back very long before a thunderstorm began to come up behind and made things somewhat cooler.

It rained slightly practically all the way back, but this made marching rather more pleasant than otherwise. We got back about half past six.

Our guns have been thudding away for the last 2 or 3 days like anything. The Germans must be quite enjoying themselves.

No letter again today but I expect Monday’s letter is taking 3 days so I’ll get it tomorrow.

While we were out today we had about 2 hours rest under some trees and most of us went to sleep but I enjoyed myself by having day dreams of some of the wonderful times we have had, Switzerland, Rottingdean, Bramber, that bunker at G.P. which turned into a little bit of heaven, Hayes and then we were together in that small castle of ours and all sorts of wonderful things happened to us there and of course it will all happen and will come true. I know it must.