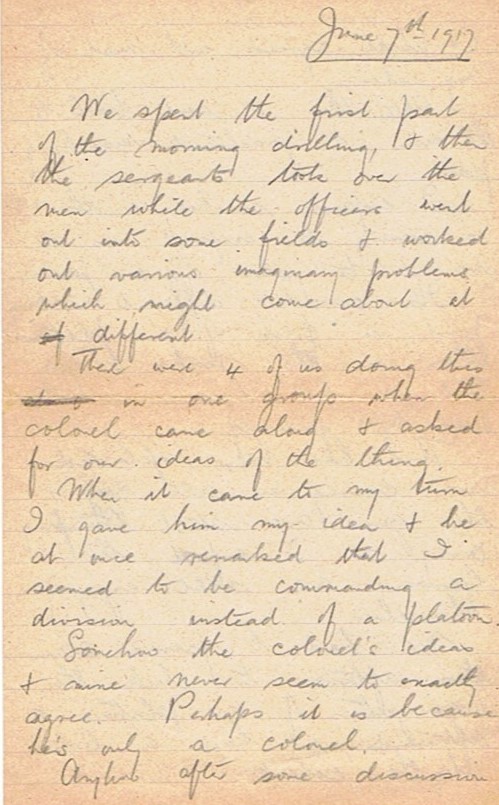 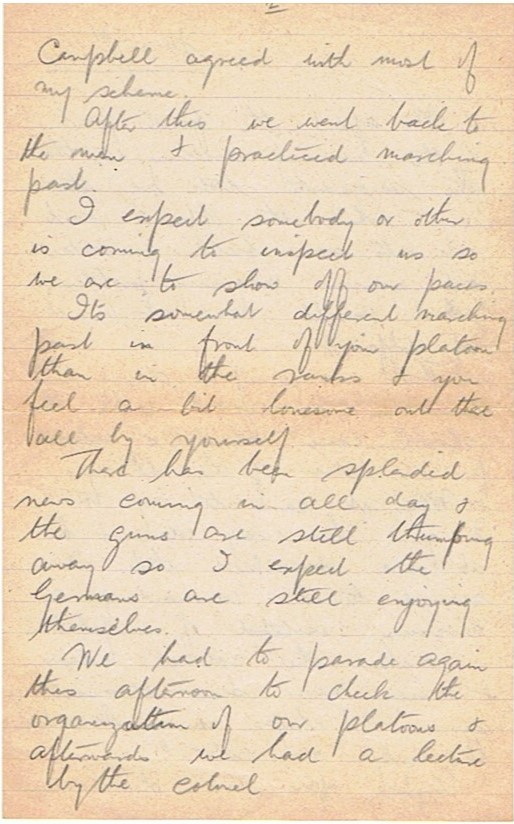 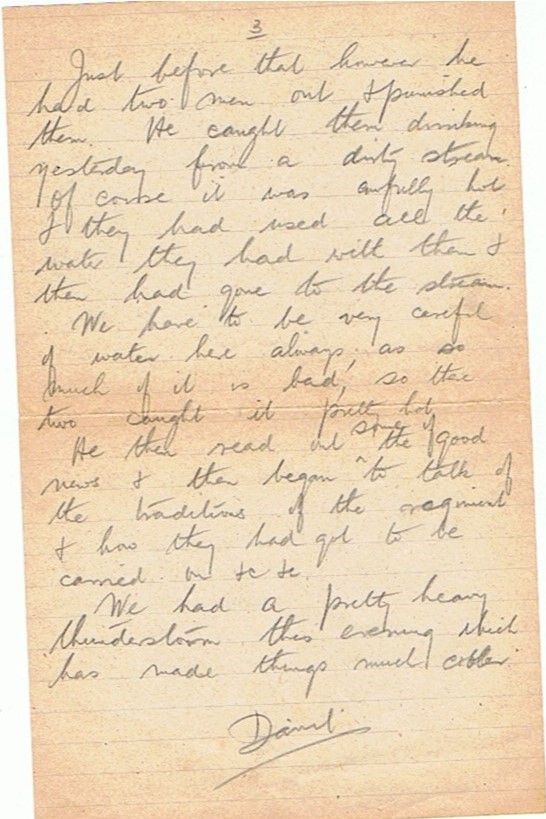 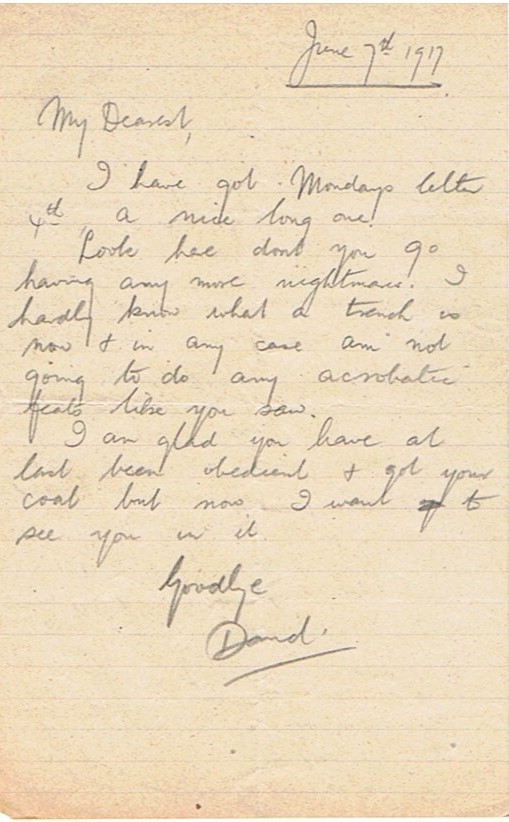 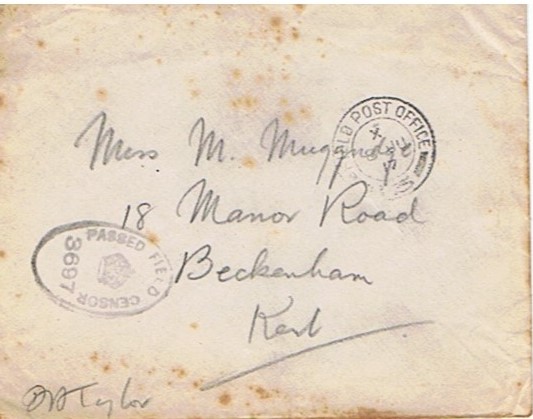 We spent the first part of the morning drilling, and then the sergeants took over the men while the officers went out into some fields and worked out various imaginary problems which might come about at different times.

There were 4 of us doing this in one group when the colonel came along and asked for our ideas of the thing. When it came to my turn I gave him my idea and he at once remarked that I seemed to be commanding a division instead of a platoon.

Somehow the colonel’s ideas and mine never seem to exactly agree. Perhaps it is because he’s only a colonel.

Anyhow after some discussion Campbell agreed with most of my scheme.

After this we went back to the men and practiced marching past. I expect somebody or other is coming to inspect us so we are to show off our paces.

Its somewhat different marching past in front of your platoon than in the ranks and you feel a bit lonesome out there all by yourself.

There has been splendid news coming in all day and the guns are still thumping away so I expect the Germans are still enjoying themselves.

We had to parade again this afternoon to check the organization of our platoons and afterwards we had a lecture by the colonel.

Just before that however he had two men out and punished them. He caught them drinking yesterday from a dirty stream. Of course it was awfully hot and they had used all the water they had with them and then had gone to the stream.

We have to be very careful of water here always, as so much of it is bad, so the two caught it pretty hot.

He then read out some of the good news and then began to talk of the traditions of the regiment and how they had got to be carried on etc. etc.

We had a pretty heavy thunderstorm this evening which has made things much cooler.

I have got Monday’s letter 4th, a nice long one.

Look here don’t you go having any more nightmares. I hardly know what a trench is now and in any case am not going to do any acrobatic feats like you saw.

I am glad you have been obedient and got your coat but now I want to see you in it.