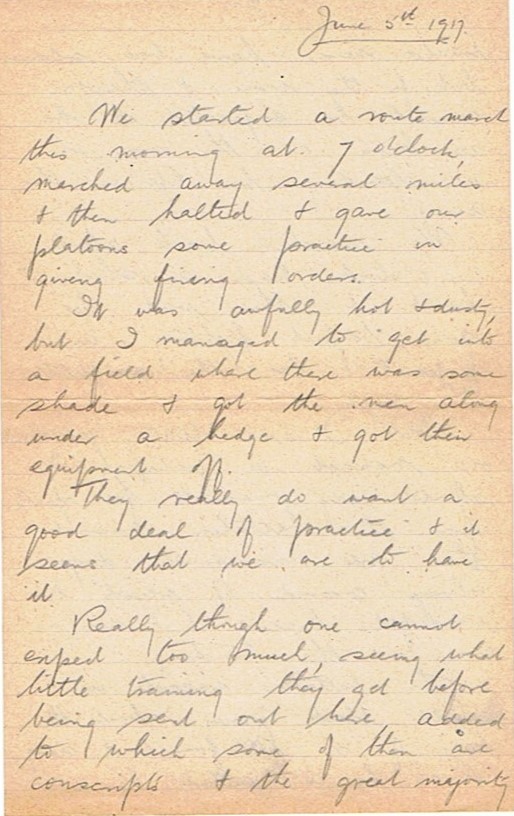 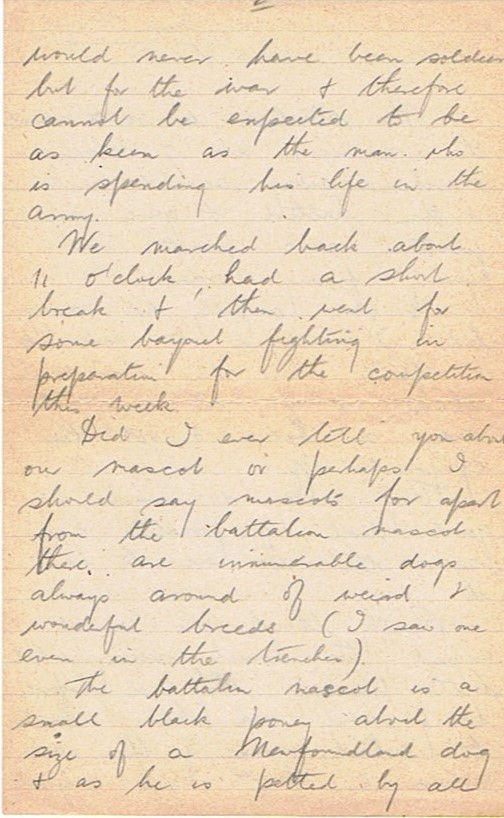 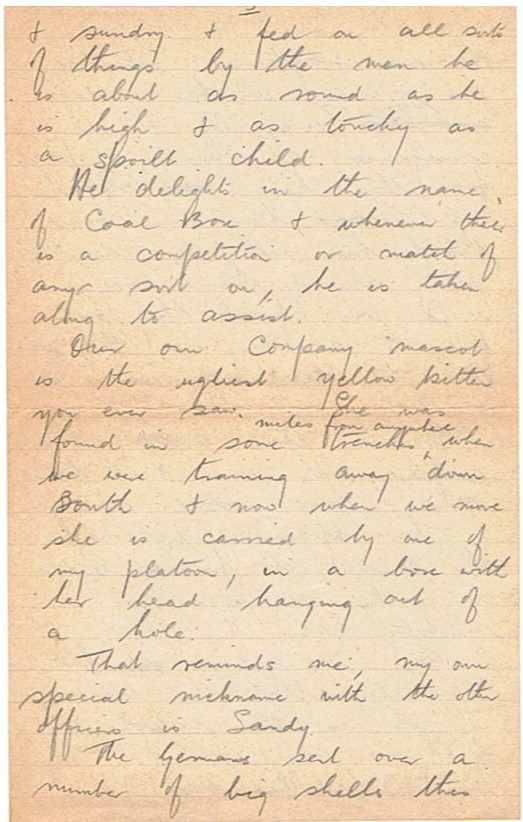 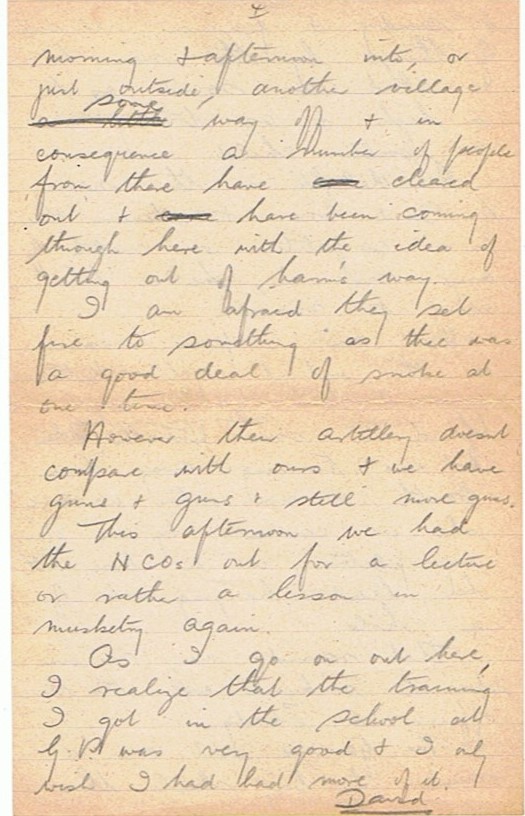 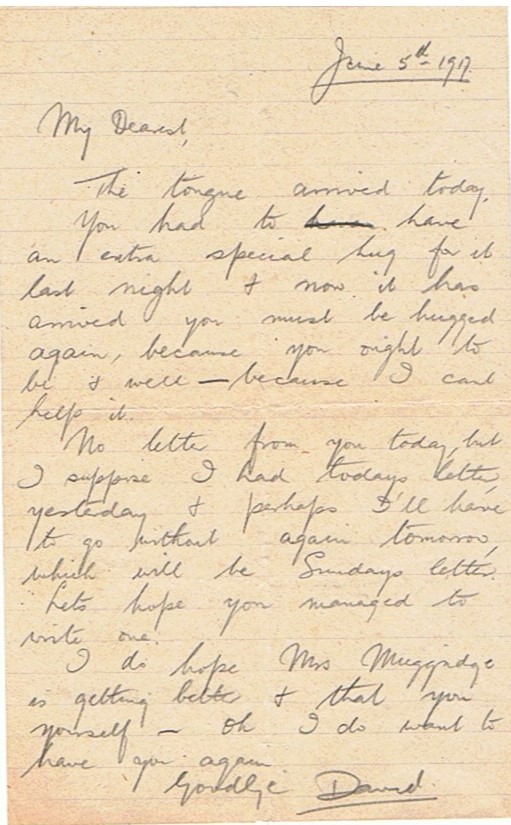 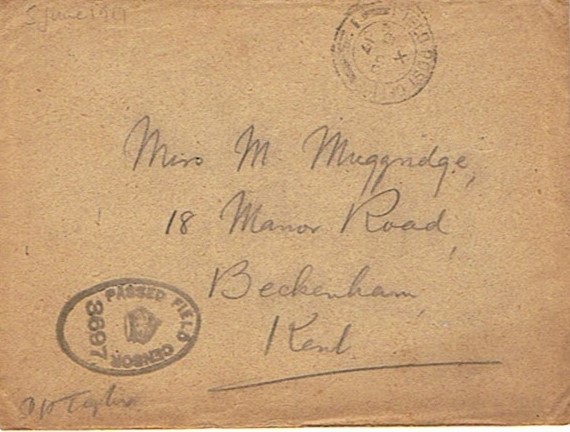 We started a route march this morning at 7 o’clock, marched away several miles and then halted and gave our platoons some practice in giving firing orders.

It was awfully hot and dusty, but I managed to get into a field where there was some shade and got the men along under a hedge and got their equipment off.

They really do want a good deal of practice and it seems that we are to have it. Really though one cannot expect too much, seeing what little training they get before being sent out here, added to which some of them are conscripts and the great majority would never had been soldiers but for the war and therefore cannot be expected to be as keen as the man who is spending his life in the army.

We marched back about 11 o’clock, had a short break and then went for some bayonet fighting in preparation for the competition this week.

Did I ever tell you about our mascot or perhaps I should say mascots for apart from the battalion mascot there are innumerable dogs always around of weird and wonderful breeds (I saw one even in the trenches).

The battalion mascot is a small black pony about the size of a Newfoundland dog and as he is petted by all and sundry and fed on all sorts of things by the men he is about as round as he is high and as touchy as a spoilt child. He delights in the name of Coal Box and whenever there is a competition or match of any sort on, he is taken along to assist.

Our own Company mascot is the ugliest yellow kitten you ever saw. She was found in some trenches miles from anywhere when we were training away down South and now when we move she is carried by one of my platoon, in a box with her head hanging out of a hole.

That reminds me, my own special nickname with the other officers is Sandy.

The Germans sent over a number of big shells this morning and afternoon into, or just outside, another village some way off and in consequence a number of people from there have cleared out and have been coming through here with the idea of getting out of harms way.

I am afraid they set fire to something as there was a good deal of smoke at one time.

However their artillery doesn’t compare with ours and we have guns and guns and still more guns.

This afternoon we had the NCOs out for a lecture or rather a lesson in musketry again.

As I go on out here, I realise that the training I got in the school at G.P was very good and I only wish I had had more of it.

You had to have an extra special hug for it last night and now it has arrived you must be hugged again, because you ought to be and well – because I can’t help it.

No letter from you today, but I suppose I had today’s letter yesterday and perhaps I’ll have to go without again tomorrow, which will be Sunday’s letter. Lets hope you managed to write one.

I do hope Mrs Muggridge is getting better and that you yourself – oh I do want to have you again.