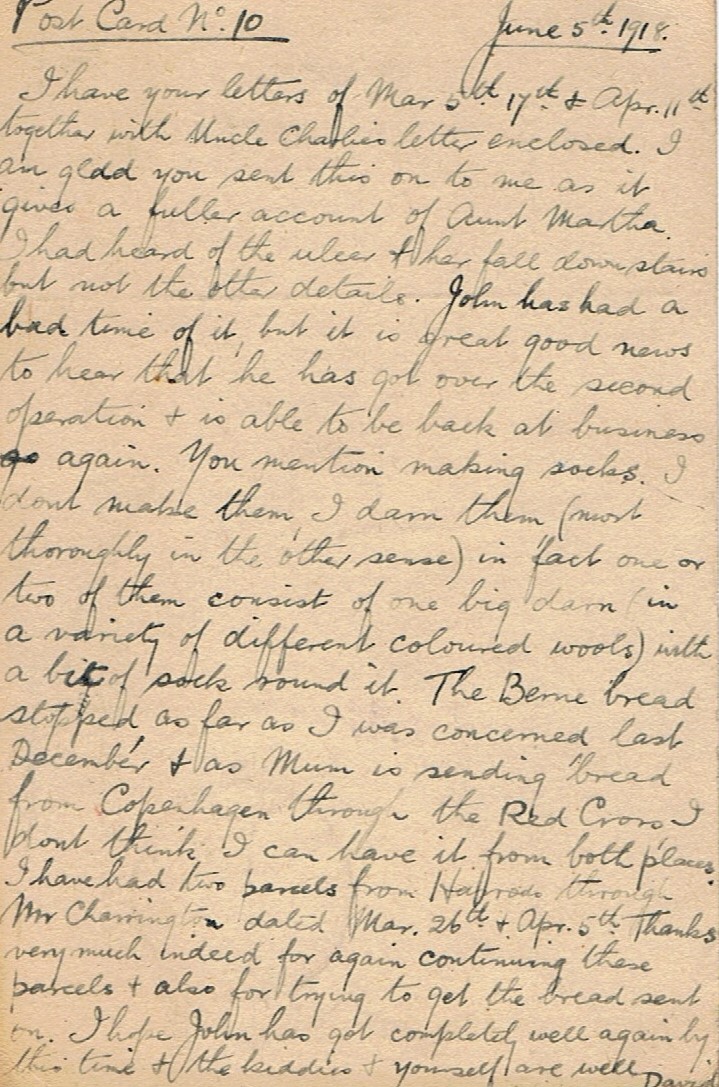 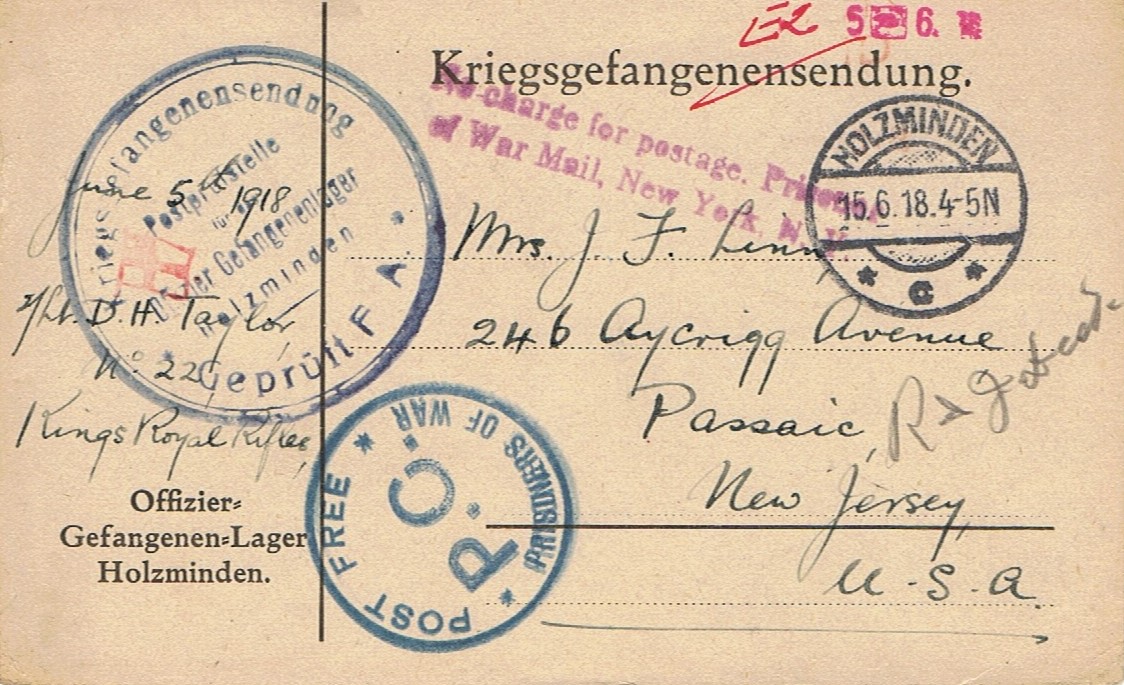 David to Ginger (Ethel Linn) Holzminden Post Card no 10 June 5th 1918
I have your letters of Mar 5th, 17th & Apr 11th together with Uncle Charlie’s letter enclosed. I am glad you sent this on to me as it gives a fuller account of Aunt Martha. I had heard of the ulcer & her fall downstairs but not the other details. John has had a bad time of it, but it is great good news to hear that he has got over the second operation & is able to be back at business again. You mention making socks. I don’t make them I darn them, (most thoroughly in the other sense) in fact one or two of them consist of one big darn (in a variety of different coloured wools) with a bit of sock round it. The Berne bread stopped, as far as I was concerned last December & as Mum is sending bread from Copenhagen through the Red Cross, I don’t think I can have it from both places. I have had two parcels from Harrods through Mr Charrington dated Mar 26th & Apr 5th. Thanks very much indeed for again continuing these parcels & also for trying to get the bread sent on. I hope John has got completely well again by this time & the kiddies & yourself are well.
David