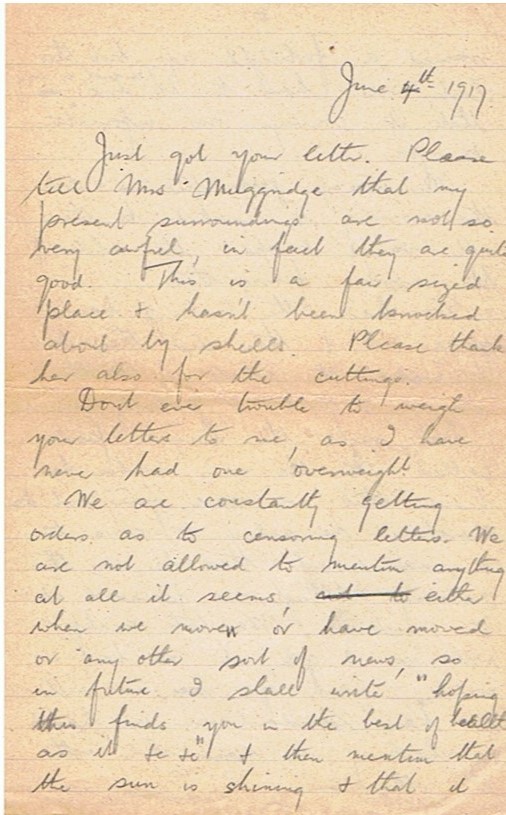 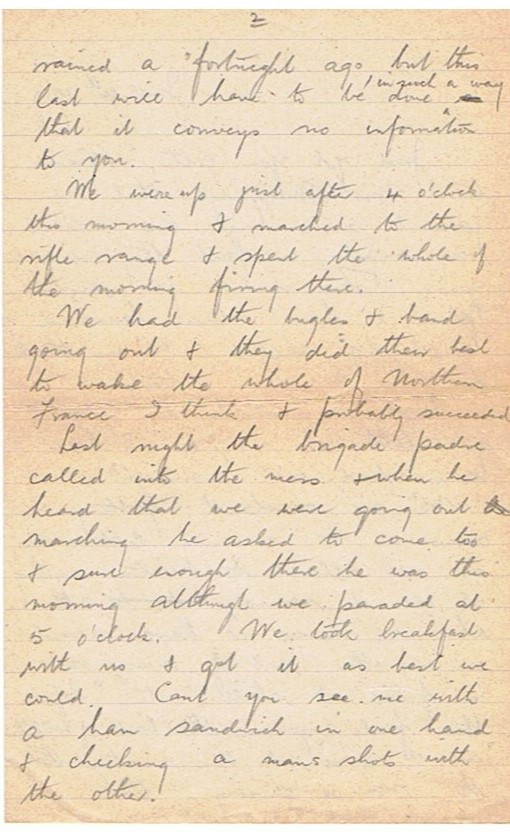 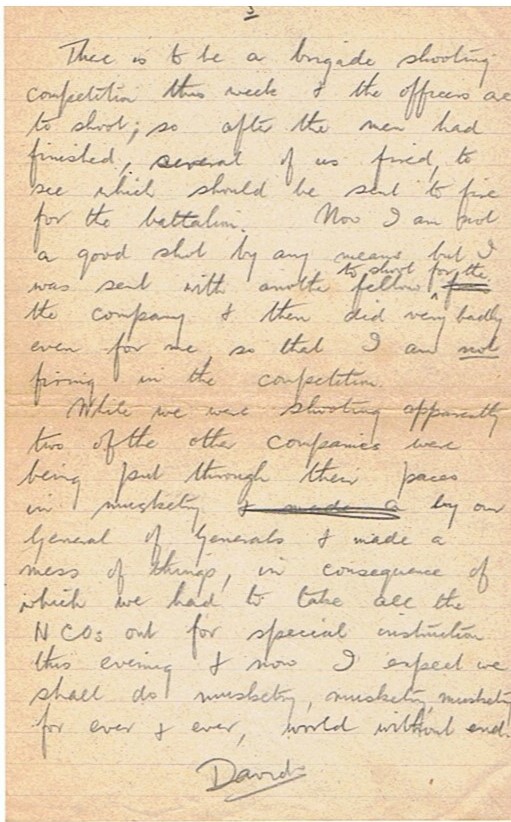 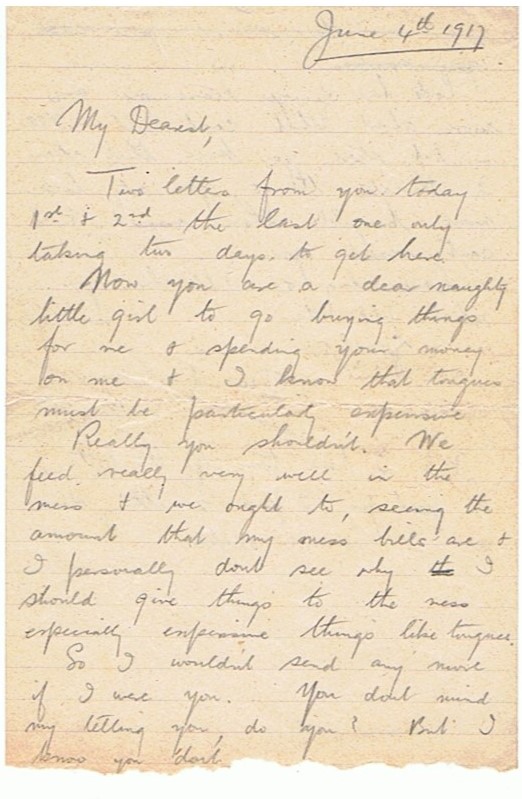 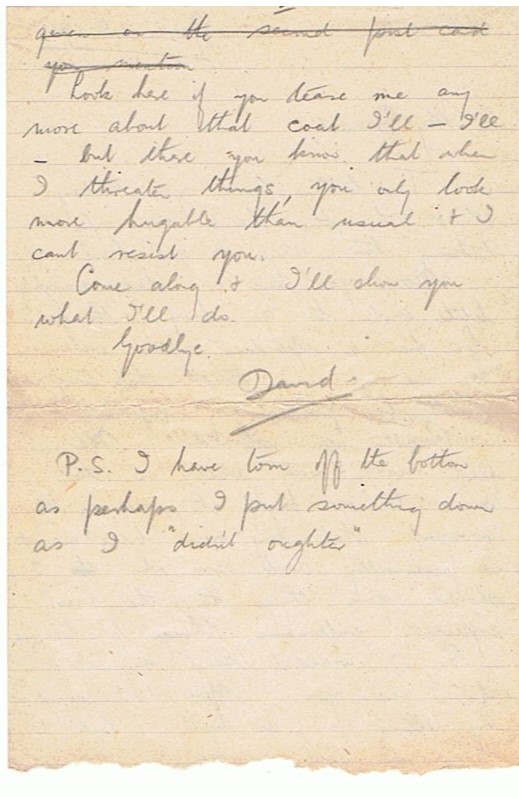 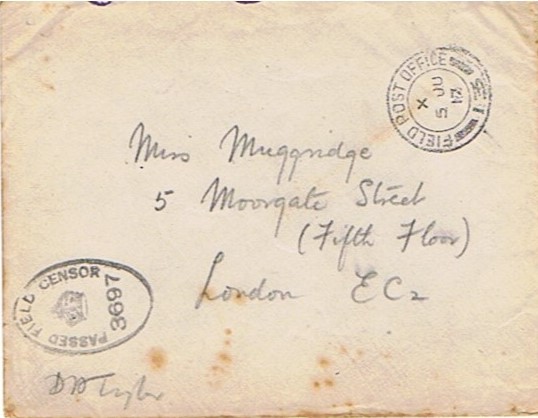 Just got your letter. Please tell Mrs Muggridge that my present surroundings are not so very awful, in fact they are quite good. This is a fair sized place and hasn’t been knocked about by shells. Please thank her also for the cuttings.

Don’t ever trouble to weigh your letters to me as I have never had one overweight.

We are constantly getting orders as to censoring letters. We are not allowed to mention anything at all it seems, either when we move or have moved or any other sort of news, so in future I shall write “hoping this finds you in the best of health as it etc. etc.” then mention that the sun is shining and that it rained a fortnight ago, but this last will have to be done in such a way that it conveys no information to you.

We were up just after 4 o’clock this morning and marched to the rifle range and spent the whole of the morning firing there. We had the bugles and band going out and they did their best to wake the whole of Northern France I think and probably succeeded.

Last night the brigade padre called into the mess and when he heard that we were going out marching he asked to come too and sure enough there he was this morning although we paraded at 5 o’clock. We took breakfast with us and got it as best we could. Can’t you see me with a ham sandwich in one hand and checking a man’s shots with the other.

There is to be a brigade shooting competition this week and the officers are to shoot; so after the men had finished, several of us fired, to see which should be sent to fire for the battalion. Now I am not a good shot by any means but I was sent with another fellow to shoot for the company and then did very badly even for me, so that I am not firing in the competition.

While we were shooting apparently two of the companies were being put through their paces in musketry by our General of Generals and made a mess of things, in consequence of which we had to take all the NCOs out for special instruction this evening and now I expect we shall do musketry, musketry, musketry for ever and ever, word without end.

Two letters from you today 1st and 2nd the last one only taking two days to get here.

Now you are a dear naughty little girl to go buying things for me and spending your money on me and I know that tongues must be particularly expensive.

Really you shouldn’t. We feed really very well in the mess and we ought to, seeing the amount that my mess bills are and I personally don’t see why I should give things to the mess especially expensive things like tongues.

So I wouldn’t send any more if I were you. You don’t mind me telling you, do you? But I know you don’t.

Look here if you tease me any more about that coat I’ll – I’ll – but there you know that when I threaten things, you only look more hugable than usual and I can’t resist you.

Come along and I’ll show you what I’ll do.

P.S. I have torn off the bottom as perhaps I put something down as I “didn’t oughter”