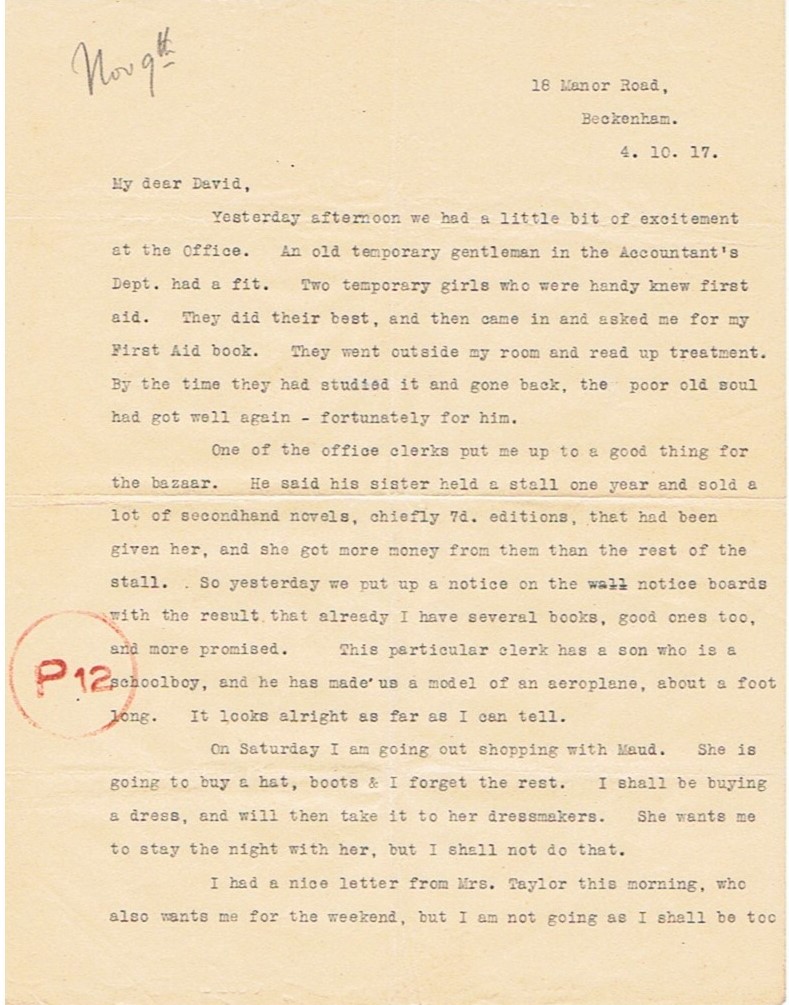 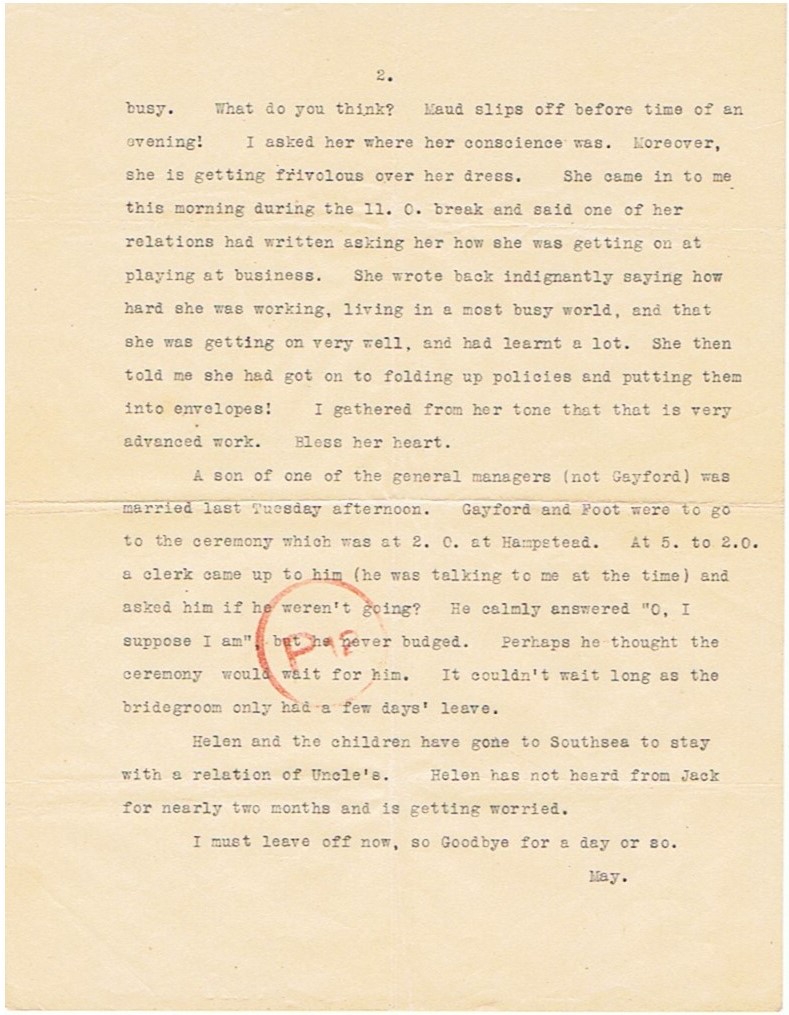 Yesterday afternoon we had a little bit of excitement at the Office. An old temporary gentleman in the Accountant’s Dept had a fit. Two temporary girls who were handy knew first aid. They did their best, and then came in and asked me for my First Aid book. They went outside my room and read up treatment. By the time they had studied it and gone back, the poor old soul had got well again – fortunately for him.

One of the office clerks put me up to a good thing for the bazaar. He said his sister held a stall one year and sold a lot of second hand novels, chiefly 7d editions, that had been given her, and she got more money from them than the rest of the stall. So yesterday we put up a notice on the notice boards with the result that already I have several books, good ones too, and more promised. This particular clerk has a son who is a schoolboy, and he has made us a model of an aeroplane, about a foot long. It looks alright as far as I can tell.

On Saturday I am going out shopping with Maud. She is going to buy a hat, boots and I forget the rest. I shall be buying a dress, and will then take it to her dressmakers. She wants me to stay the night with her, but I shall not do that.

I had a nice letter from Mrs Taylor this morning, who also wants me for the weekend, but I am not going as I shall be too busy. What do you think? Maud slips off before time of an evening! I asked her where her conscience was. Moreover, she is getting frivolous over the dress. She came in to me this morning during the 11.0 break and said one of her relations had written asking her how she was getting on at playing at business. She wrote back indignantly saying how hard she was working, living in a most busy world, and that she was getting on very well, and had learnt a lot. She then told me she had got on to folding up policies and putting them into envelopes! I gathered from her tone that that is very advanced work. Bless her heart.

A son of one of the general managers (not Gayford) was married last Tuesday afternoon. Gayford and Foot were to go to the ceremony which was at 2.0 at Hampstead. At 5. to 2.0 a clerk came up to him (he was talking to me at the time) and asked him if he weren’t going? He calmly answered “O, I suppose I am”, but then he never budged. Perhaps he thought the ceremony would wait for him. It couldn’t wait long as the bridegroom only had a few days’ leave.

Helen and the children have gone to Southsea to stay with a relation of Uncle’s. Helen has not heard from Jack for nearly two months and is getting worried.

I must leave off now, so Goodbye for a day or so.