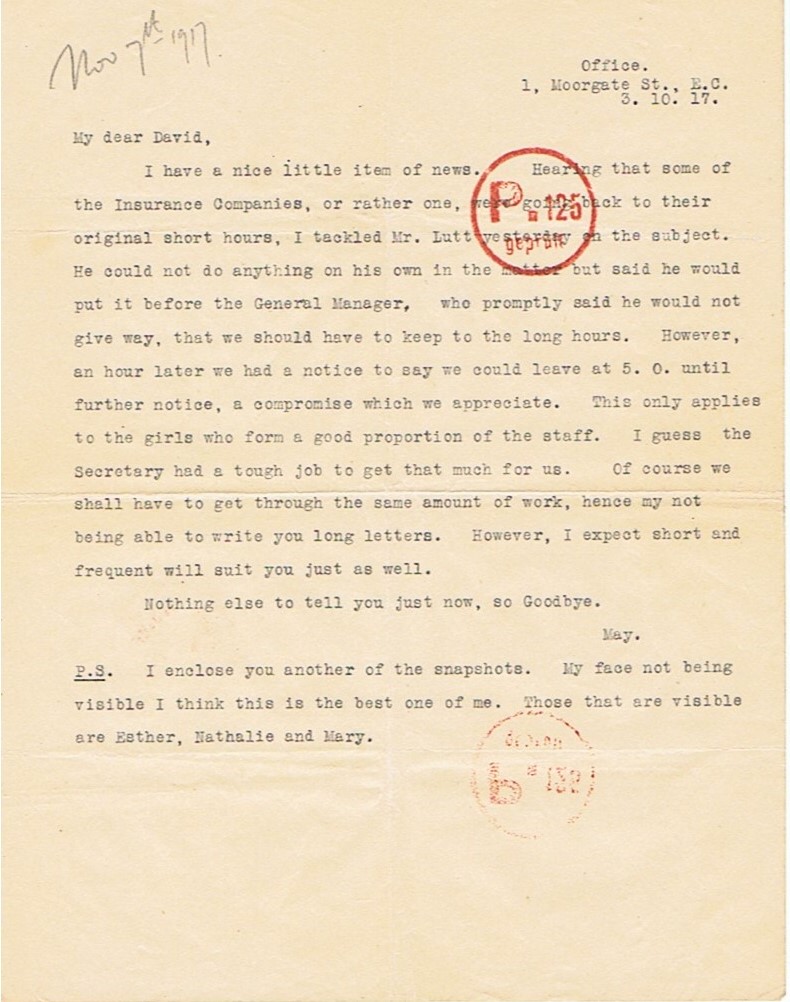 I have a nice little item of news. Hearing that some of the Insurance Companies, or rather one, were going back to their original short hours, I tackled Mr Lutt yesterday on the subject. He could not do anything on his own in the matter but said he would put it before the General Manager, who promptly said he would not give way,  that we should have to keep to the long hours. However, an hour later we had a notice to say we could leave at 5.0. until further notice, a compromise which we appreciate. This only applies to the girls who form a good proportion of the staff. I guess the Secretary had a tough job to get that much for us. Of course we shall have to get through the same amount of work, hence my not being able to write you long letters. However, I expect short and frequent will suit you just as well.

Nothing else to tell you just now, so Goodbye.

P.S. I enclose another of the snapshots. My face not being visible I think this is the best one of me. Those that are visible are Esther, Nathalie and Mary.