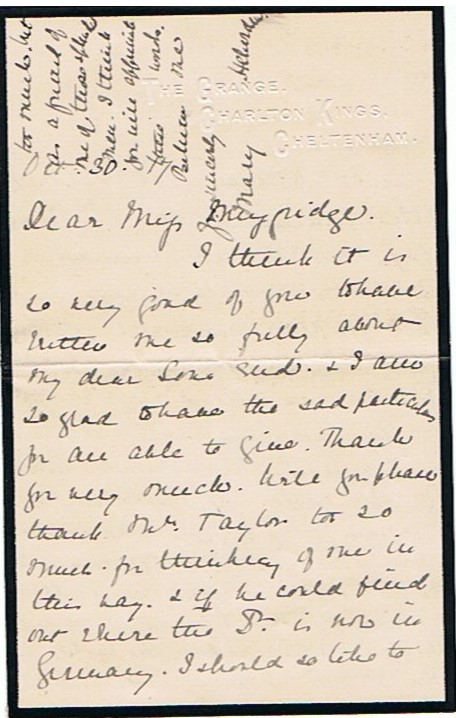 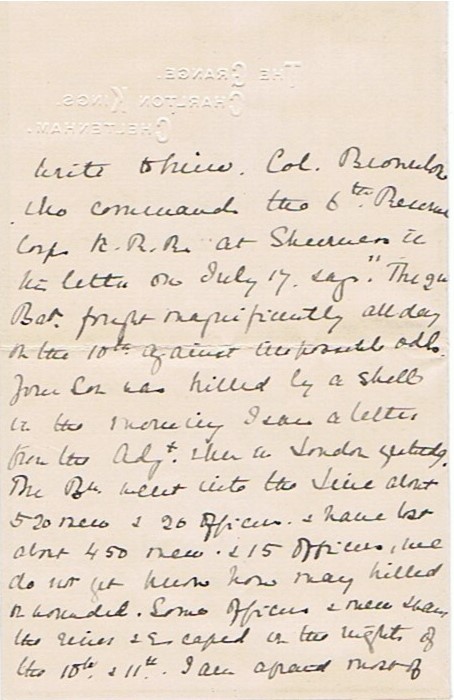 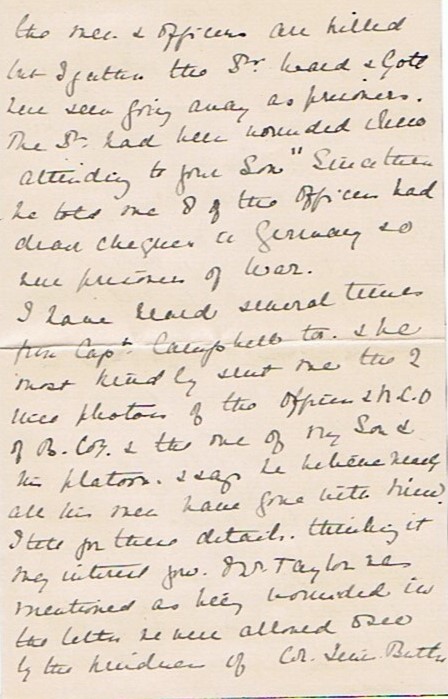 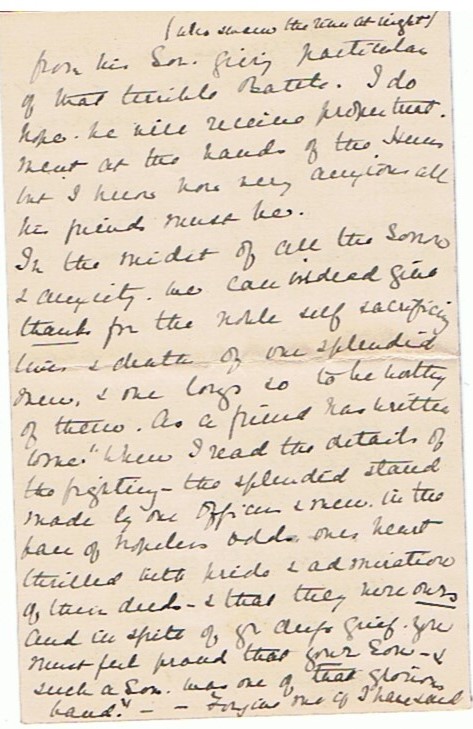 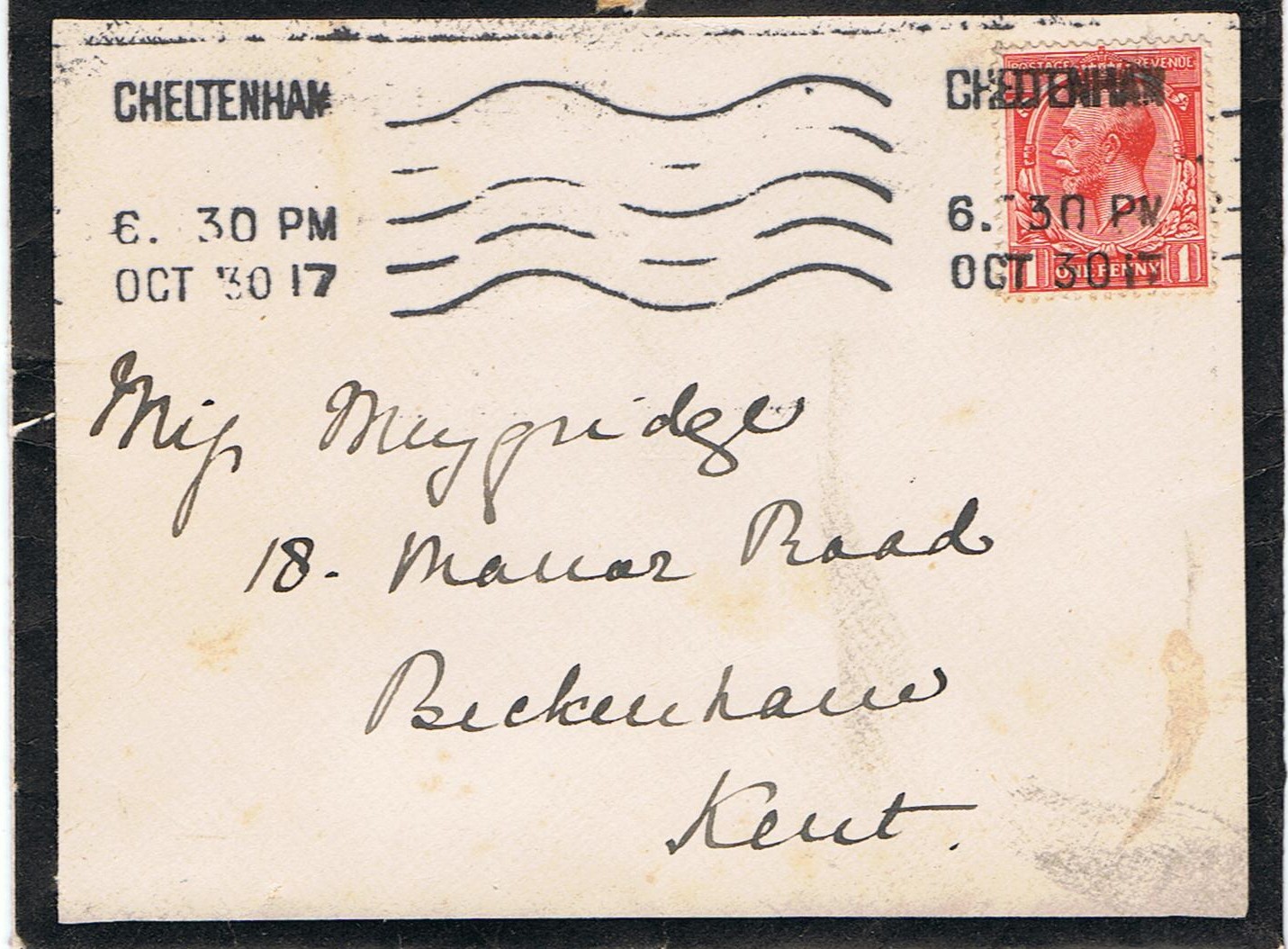 I think it is so very kind of you to have written me so fully about my dear son’s end and I am so glad to have the sad particulars you are able to give. Thank you very much. Will you please thank Mr Taylor too so much for thinking of me in this way and if he could find out where the Dr is now in Germany. I should so like to write to him. Col. Brom..[?] the commander of the 6th Reserve Corps K.R.R. at Sheerness in his letter on July 17, says “The 2nd Bat, fought magnificently all day on the 10th against all possible odds. Your son was killed by a shell in the morning. I saw a letter from the Adj. when in London yesterday. The Batt went into the line about 520 men and 20 officers and have lost about 450 men and 15 officers, we do not know how many killed or wounded. Some officers and men …the lines and escaped on the nights of the 10th and 11th. I am afraid most of the men and officers are killed but I gather the Drs Ward and Gott were seen going away as prisoners. The Dr had been wounded while attending to your Son.” Since then he told me 8 of the officers had cleared cheques to Germany so are prisoners of war.

I have heard several times from Capt Campbell too and he most kindly sent me the 2 nice photos of the officers and NCO of B Company and the one of my Son and his platoon and says he believes nearly all his men have gone with him. I tell you these details thinking it may interest you. Mr Taylor has mentioned as being wounded in the letter we were allowed to see by the kindness of Col. Denis Butler [?] from his Son (who …saw the …at night) giving particulars of that terrible Battle. I do hope he will receive proper treatment at the hands of the Huns but I know how very anxious all his friends must be.

In the midst of all the sorrow and anxiety we can indeed give thanks for the noble self sacrificing lives and deaths of our splendid men and one longs so to be worthy of them. As a friend has written to me “When I read the details of the fighting – the splendid stand made by our officers and men in the face of hopeless odds ones heart thrilled with pride and admiration of their deeds and that they are ours and in spite of your deep grief. You must feel proud that your Son – and such a son – was one of that glorious band.” Forgive me if I have said too much but as a friend of those splendid men, I think you will appreciate these words.