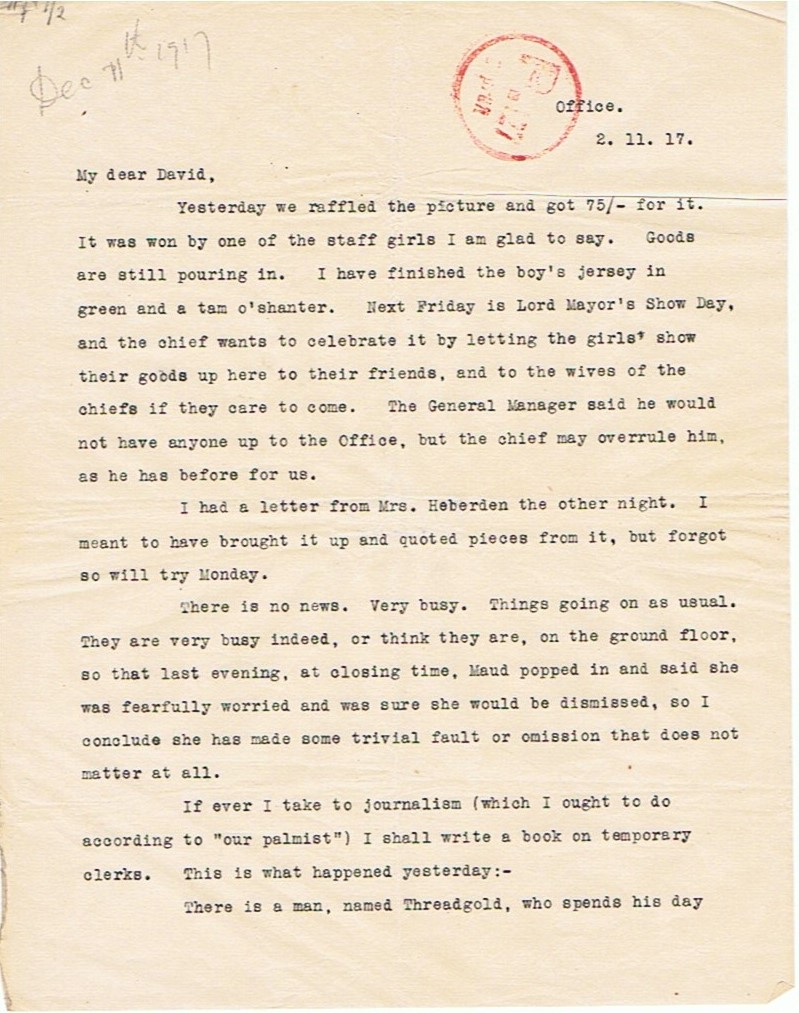 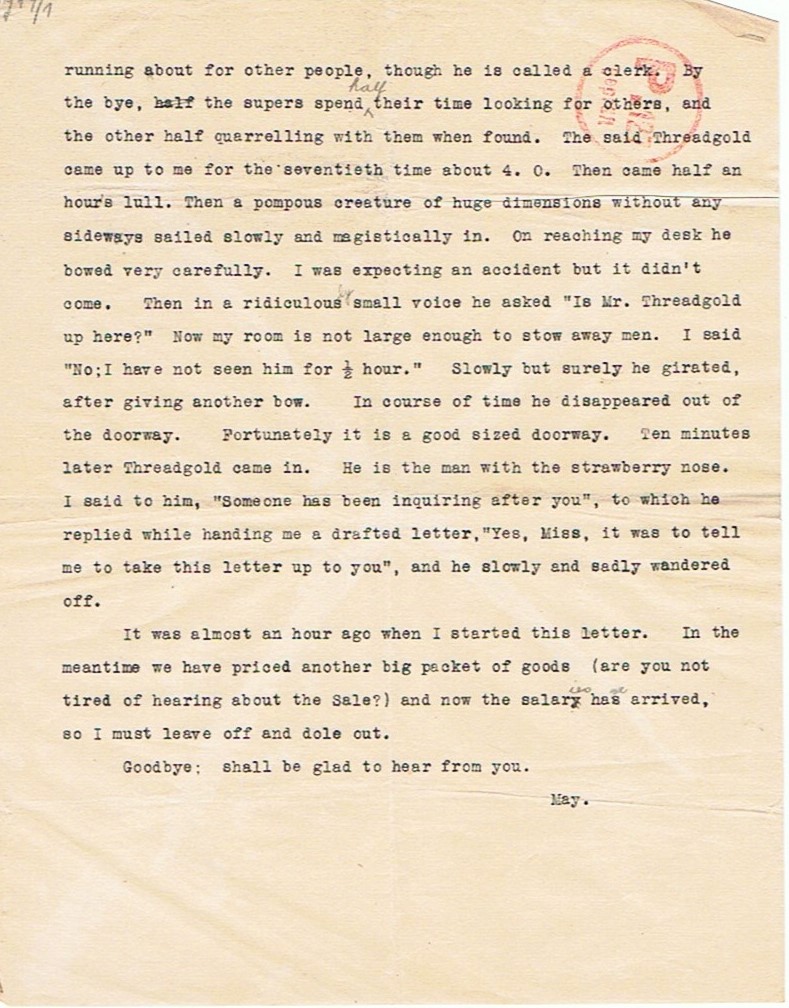 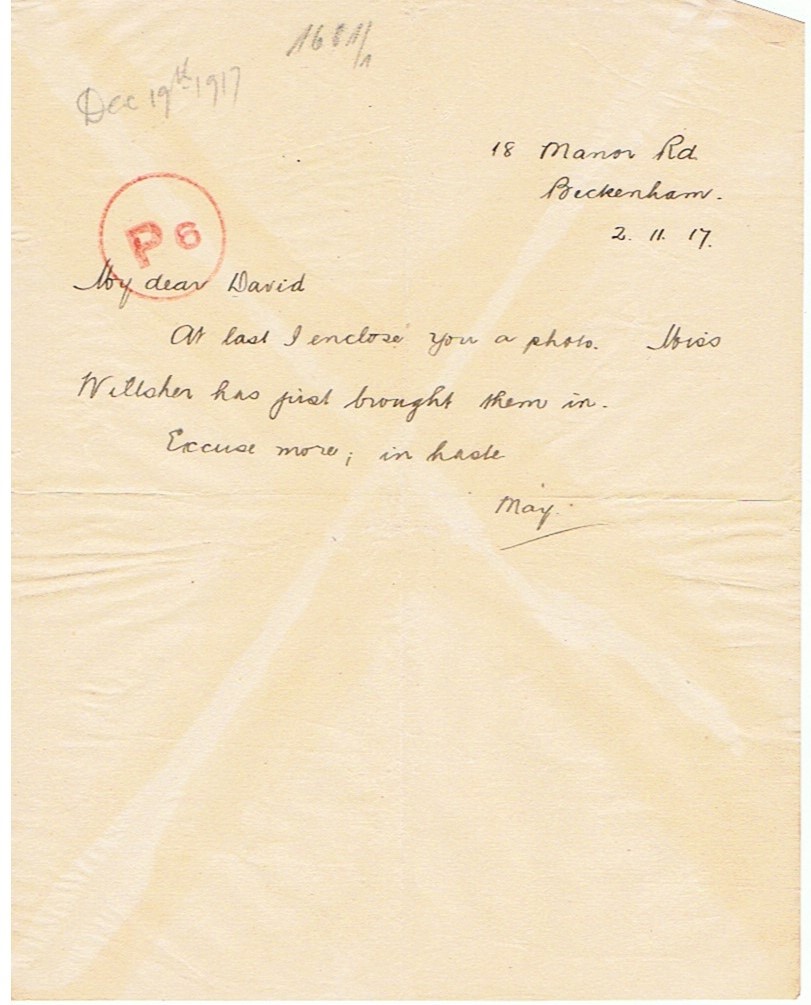 Yesterday we raffled the picture and got 75/- for it. It was won by one of the staff girls I am glad to say. Goods are still pouring in. I have finished the boy’s jersey in green and a tam o’shanter. Next Friday is Lord Mayor’s Show Day, and the chief wants to celebrate it by letting the girls show their goods up here to their friends, and to the wives of the chiefs if they care to come. The General Manager said he would not have anyone up to the Office, but the chief may overrule him, as he has before for us.

I had a letter from Mrs Heberden the other night. I meant to have brought it up and quoted pieces from it, but forgot so will try Monday.

There is no news. Very busy. Things are going on as usual. They are very busy indeed, or think they are, on the ground floor, so that last evening, at closing time, Maud popped in and said she was fearfully worried and was sure she would be dismissed, so I conclude she has made some trivial fault or omission that does not matter at all.

If ever I take to journalism (which I ought to do according to “our palmist”) I shall write a book on temporary clerks. This is what happened yesterday:-

There is a man, named Threadgold, who spends his day running about for other people, though he is called a clerk. By the bye, the supers spend half their time looking for others, and the other half quarrelling with them when found. The said Threadgold came up to me for the seventieth time about 4.0. Then came half an hours lull. Then a pompous creature of huge dimensions without any sideways sailed slowly and magistically in. On reaching my desk he bowed very carefully. I was expecting an accident but it didn’t come. Then in a ridiculous small voice he asked “Is Mr Threadgold up here?” Now my room is not large enough to stow away men. I said “No; I have not seen him for ½ hour.” Slowly but surely he girated, after giving another bow. In course of time he disappeared out of the doorway. Fortunately it is a good sized doorway. Ten minutes later Threadgold came in. He is the man with the strawberry nose. I said to him, “Someone has been enquiring after you”, to which he replied while handing me a drafted letter, “yes, Miss, it was to tell me to take this letter up to you”, and he slowly and sadly wandered off.

It was almost an hour ago when I started this letter. In the meantime we have priced another big packet of goods (are you not tired of hearing about the Sale?) and now the salaries have arrived, so I must leave off and dole out.

Goodbye; shall be glad to hear from you.