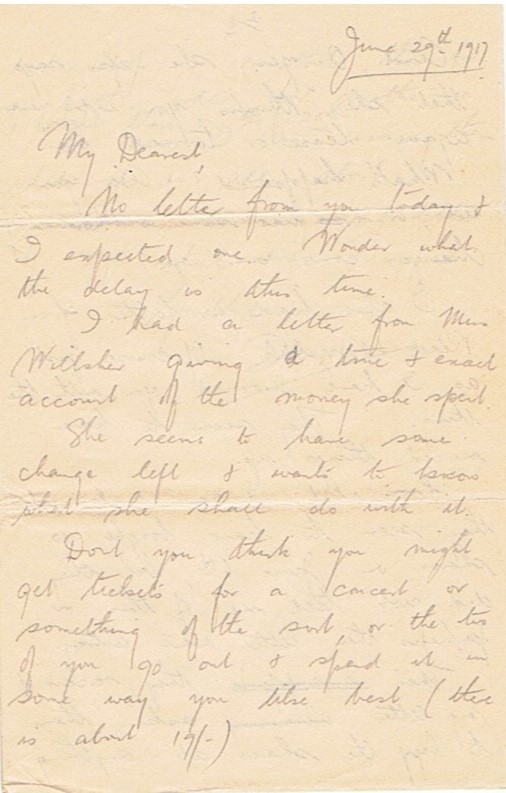 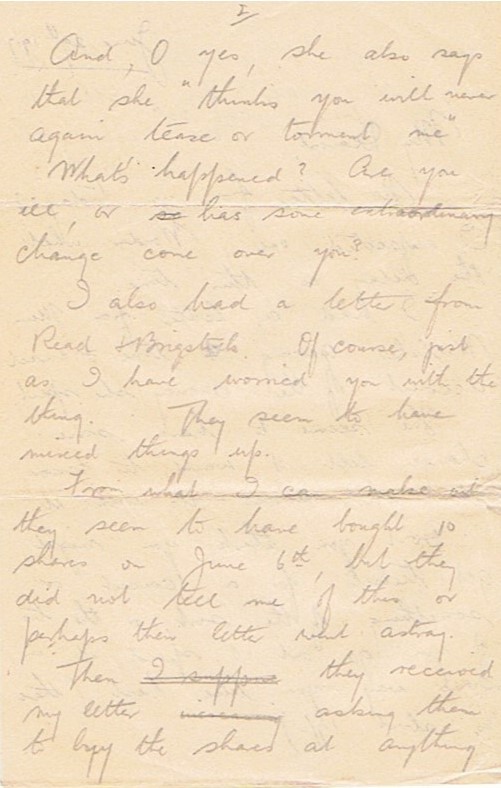 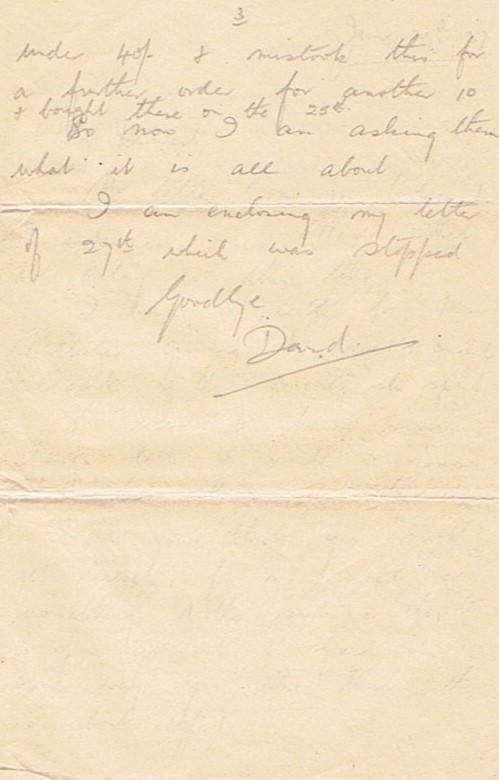 No letter from you today and I expected one. Wonder what the delay is this time.

I had a letter from Miss Willsher giving a time and exact account of the money she spent. She seems to have some change left and wants to know what she shall do with it. Don’t you think you might get tickets for a concert or something of the sort, or the two of you go out and spend it in some way you like best (there is about 19/-).

And, 0 yes, she also says that she “thinks you will never again tease or torment me”. What’s happened? Are you ill, or has some extraordinary change come over you?

I also had a letter from Read & Brigstock. Of course, just as I have worried you with the thing. They seem to have mixed things up. From what I can make out they seem to have bought 10 shares on June 6th, but they did not tell me of this or perhaps their letter went astray. Then they received my letter asking them to buy the shares at anything under 40/- and mistook this for a further order for another 10 and bought these on the 25th.

So now I am asking them what it is all about.

I am enclosing my letter of 27th which was stopped.