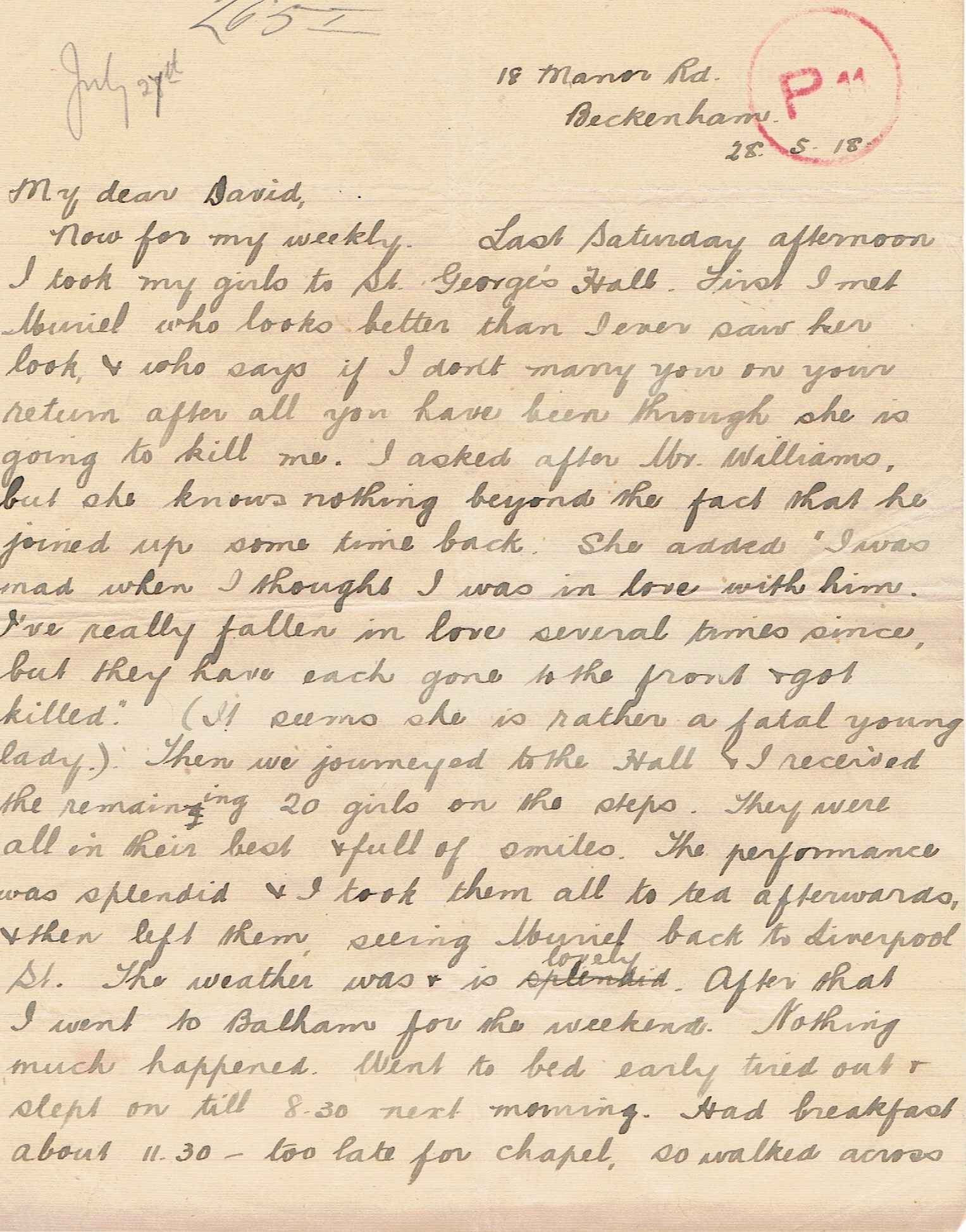 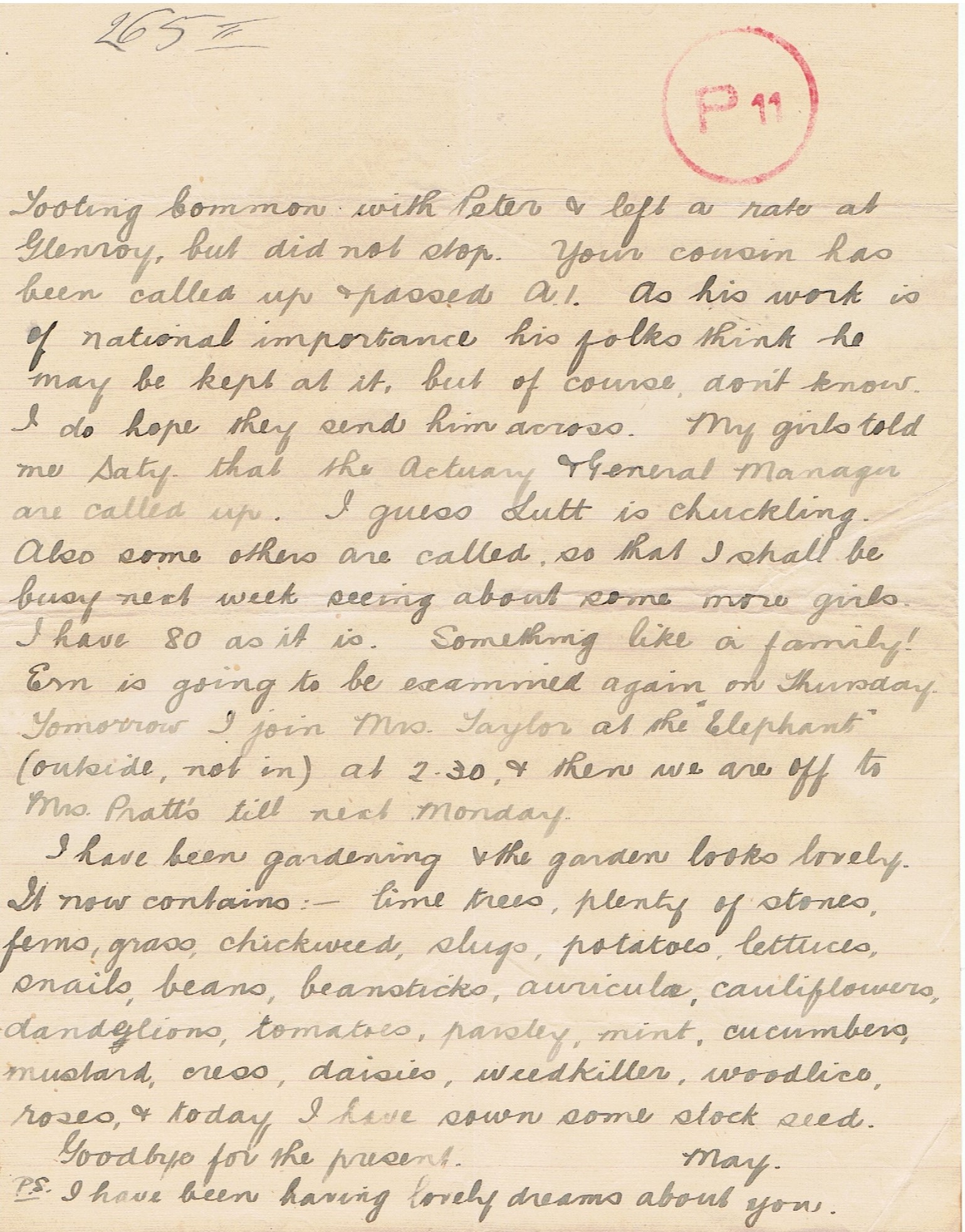 May to David Beckenham 28.5.18
My dear David,
Now for my weekly. Last Saturday afternoon I took my girls to St George’s Hall. First I met Muriel who looks better than I ever saw her look, & who says if I don’t marry you on your return after all you have been through she is going to kill me. I asked after Mr Williams, but she knows nothing beyond the fact that he joined up some time back. She added “I was mad when I thought I was in love with him. I’ve really fallen in love several times since, but they have each gone to the front & got killed.” (It seems she is rather a fatal young lady.) Then we journeyed to the Hall & I received the remaining 20 girls on the steps. They were all in their best & full of smiles. The performance was splendid & I took them all to tea afterwards, & then left them, seeing Muriel back to Liverpool St. The weather was & is lovely. After that I went to Balham for the weekend. Nothing much happened. Went to bed early tired out & slept on till 8.30 next morning. Had breakfast about 11.30 – too late for chapel, so walked across Tooting Common with Peter & left a rate at Glenroy, but did not stop. Your cousin has been called up & passed A.1. As his work is of national importance his folks think he may be kept at it, but of course, don’t know. I do hope they send him across. My girls told me Saty that the Actuary & General Manager are called up. I guess Lutt is chuckling.
Also some others are called, so I shall be busy next week seeing about more girls. I have 80 as it is. Something like a family!
Ern is going to be examined again on Thursday.
Tomorrow I join Mrs Taylor at the “Elephant” (outside, not in) at 2.30, & then we are off to Mrs Pratt’s till next Monday.
I have been gardening & the garden looks lovely. It now contains :- lime trees, plenty of stones, ferns, grass, chickweed, slugs, potatoes, lettuces, snails, beans, beansticks, auricular, cauliflowers, dandelions, tomatoes, parsley, mint, cucumbers, mustard, cress, daisies, weedkiller, woodlice, roses, & today, I have sown some stock seed. Goodbye for the present.
May
PS I have been having lovely dreams about you.