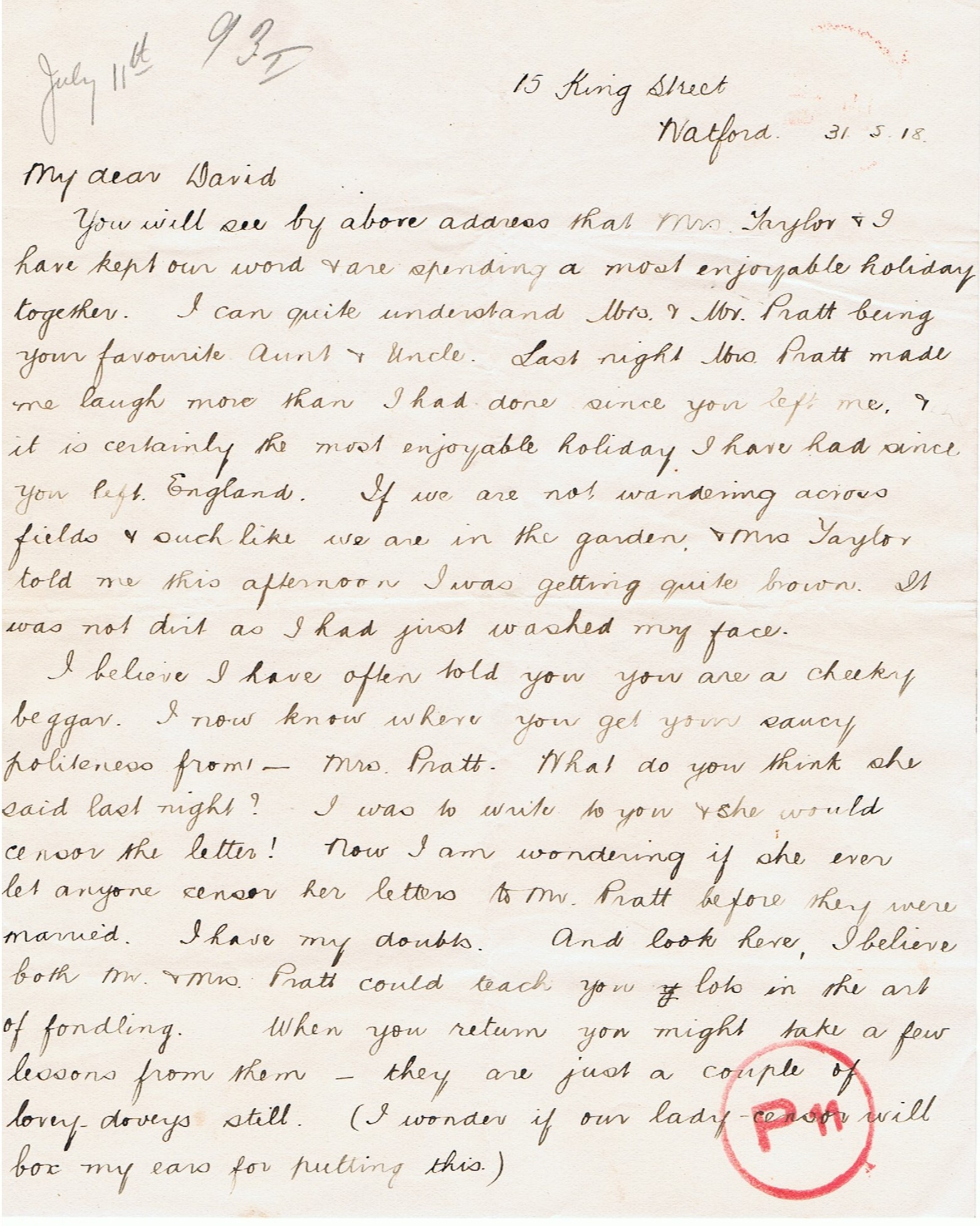 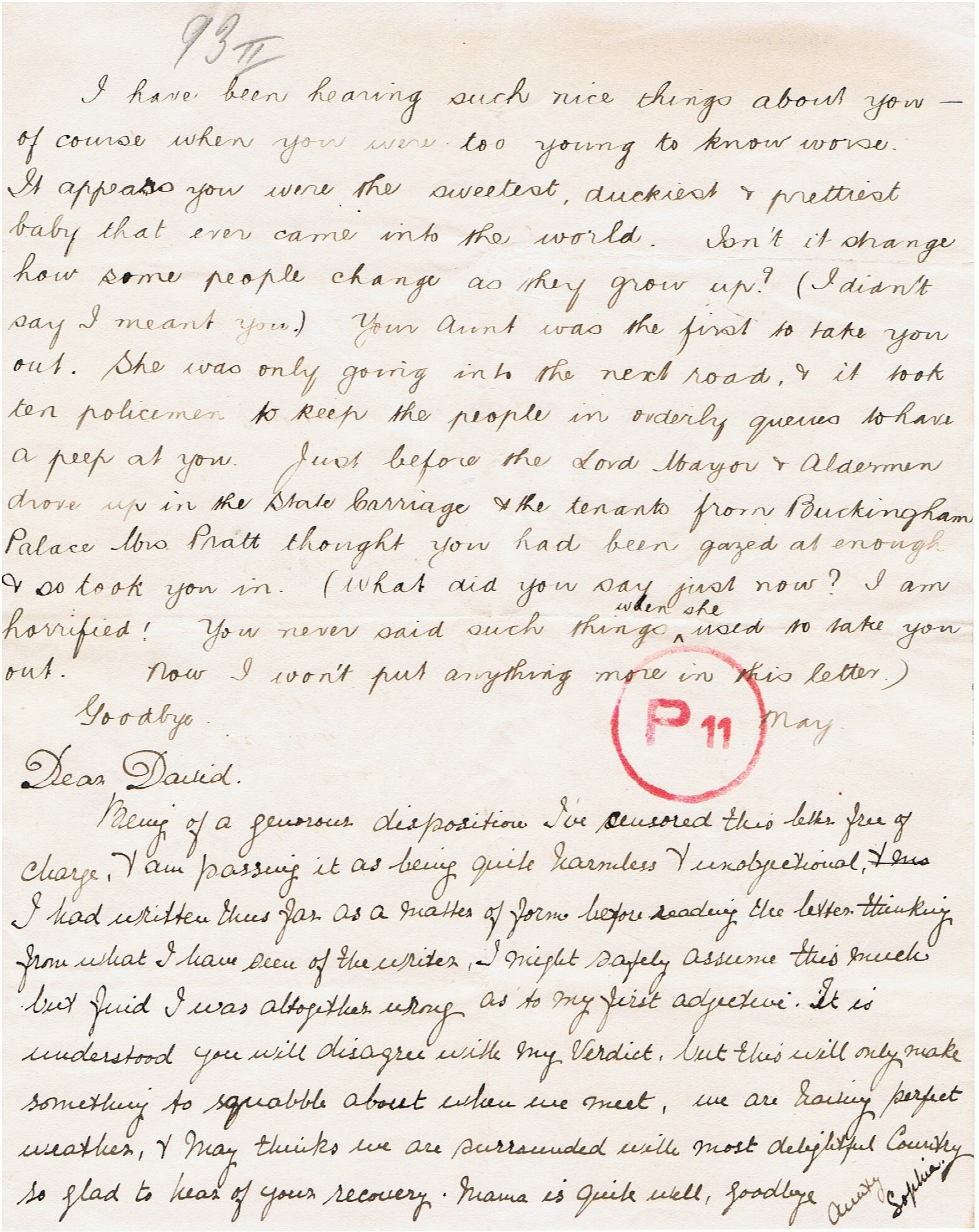 May to David 15 King St Watford 31.5.18
My dear David,
You will see by above address that Mrs Taylor & I have kept our word & are spending a most enjoyable holiday together. I can quite understand Mrs & Mr Pratt being your favourite Aunt & Uncle. Last night Mrs Pratt made me laugh more than I had done since you left me, & it is certainly the most enjoyable holiday I have had since you left England. If we are not wandering across fields and such like we are in the garden, & Mrs Taylor told me this afternoon I was getting quite brown. It was not dirt as I had just washed my face.
I believe I have often told you you are a cheeky beggar. I now know where you get your saucy politeness from: – Mrs Pratt. What do you think she said last night? I was to write to you & she would censor the letter! Now I am wondering if she ever let anyone censor her letters to Mr Pratt before they were married. I have my doubts. And look here, I believe both Mr & Mrs Pratt could teach you lots in the art of fondling. When you return you might take a few lessons from them – they are just a couple of lovey-doveys still. (I wonder of our lady censor will box my ears for putting this.)
I have been hearing such nice things about you – of course when you were too young to know worse. It appears you were the sweetest, duckiest & prettiest baby that ever came in to the world. Isn’t it strange how some people change as they grow up? (I didn’t say I meant you.) Your Aunt was the first to take you out. She was only going in to the next road, & it took ten policemen to keep the people in orderly queues to have a peep at you. Just before the Lord Mayor & Aldermen drove up in the State Carriage & the tenants from Buckingham Palace Mrs Pratt thought you had been gazed at enough & so took you in. (What did you say just now? I am horrified! You never said such things when she used to take you out. Now I won’t put anything more in this letter.)
Goodbye
Dear David,
Being of a generous disposition I’ve censored this letter free of charge. I am passing it as being quite harmless & unobjectionable. I had written thus far as a matter of form before reading the letter thinking from what I have seen of the writer, I might safely assume this much but I find I was altogether wrong as to my first adjective. It is understood you will disagree with my verdict, but this will only make something to squabble about when we meet. We are having perfect weather, & May thinks we are surrounded with most delightful Country. So glad to hear of your recovery. Mama is quite well, Goodbye
Aunty Sophia.