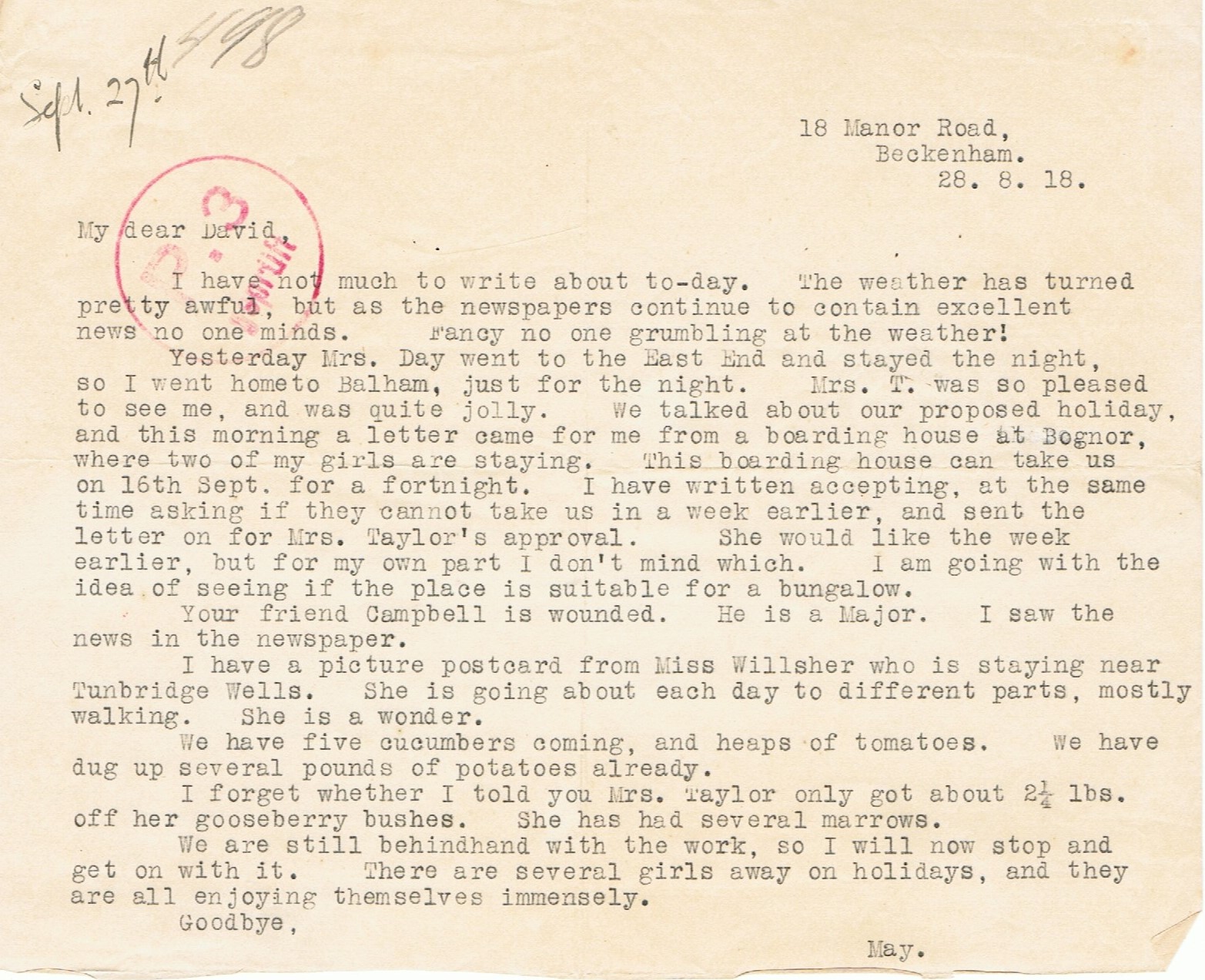 May to David Beckenham 28.8.18
My dear David,
I have not much to write about to-day. The weather has turned pretty awful, but as the newspapers continue to contain excellent news no one minds. Fancy no one grumbling at the weather!
Yesterday Mrs Day went to the East End and stayed the night, so I went home to Balham, just for the night. Mrs T was so pleased to see me, and was quite jolly. We talked about our proposed holiday, and this morning a letter came for me from a boarding house at Bognor, where two of my girls are staying. This boarding house can take us on 16th Sept for a fortnight. I have written accepting, at the same time asking if they cannot take us a week earlier, and sent the letter on for Mrs Taylor’s approval. She would like the week earlier, but for my own part I don’t mind which. I am going with the idea of seeing if the place is suitable for a bungalow.
Your friend Campbell is wounded. He is a major. I saw the news in the newspaper.
I have a picture postcard from Miss Willsher who is staying near Tunbridge Wells. She is going about each day to different parts, mostly walking. She is a wonder.
We have five cucumbers coming, and heaps of tomatoes. We have dug up several pounds of potatoes already.
I forget whether I told you Mrs Taylor only got about 2 ¼ lbs off her gooseberry bushes. She has had several marrows.
We are still behind with the work, so I will now stop and get on with it. There are several girls away on holidays, and they are all enjoying themselves immensely.
Goodbye,
May