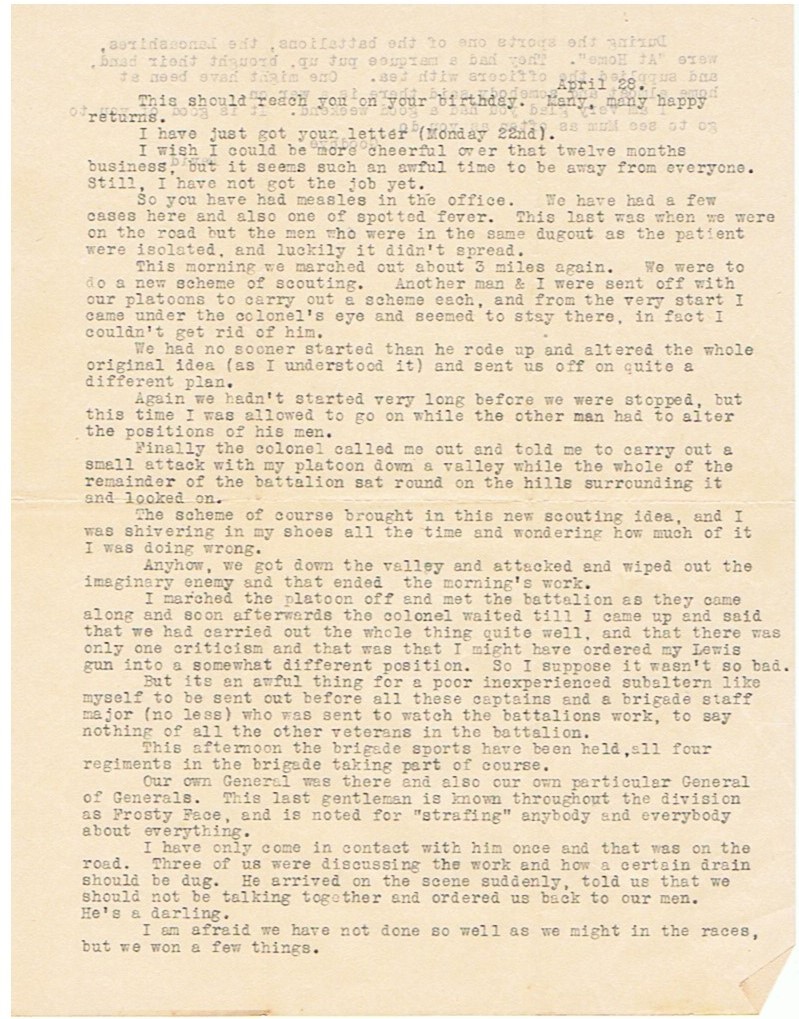 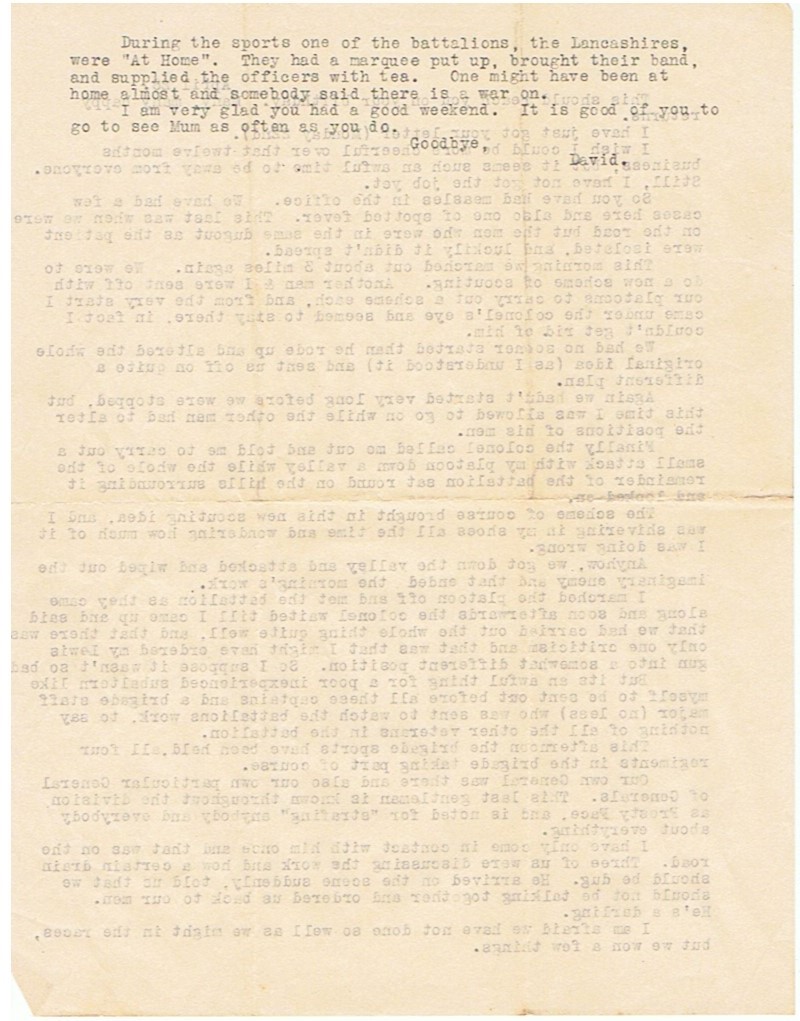 This should reach you on your birthday. Many, many happy returns.

I have just got your letter (Monday 22nd).

I wish I could be more cheerful over that twelve months business, but it seems such an awful time to be away from everyone. Still, I have not got the job yet.

So you have had measles in the office.  We have had a few cases here and also one of spotted fever. This last was when we were or the road but the men who were in the same dugout as the patient were isolated, and luckily it didn’t spread.

This morning we marched out about 3 miles again. We were to do a new scheme of scouting. Another man & I were sent off with our platoons to carry out a scheme each, and from the very start I came under the colonel’s eye and seemed to stay there, in fact I couldn’t get rid of him.

We had no sooner started than he rode up and altered the whole original idea (as I understood it) and sent us off on quite a different plan.

Again we hadn’t started very long before we were stopped, but this time I was allowed to go on while the other man had to alter the positions of his men.

Finally the colonel called me out and told me to carry out a small attack with my platoon down a valley while the whole of the remainder of the battalion sat round on the hills surrounding it and looked on.

The scheme of course brought in this new scouting idea, and I was shivering in my shoes all the time and wondering how much of it I was doing wrong.

Anyhow, we got down the valley and attacked and wiped out the imaginary enemy and that ended the morning’s work.

I marched the platoon off and met the battalion as they came along and soon afterwards the colonel waited till I came up and said that we had carried out the whole thing quite well, and that there was only one criticism and that was that I might have ordered my Lewis gun into a somewhat different position. So I suppose it wasn’t so bad.

But its an awful thing for a poor inexperienced subaltern like myself to be sent out before all these captains and a brigade staff major (no less) who was sent to watch the battalions work, to say nothing of all the other veterans in the battalion.

Our own General was there and also our own particular General of Generals. This last gentleman is known throughout the division as Frosty Face, and is noted for “strafing” anybody and everybody about everything.

I have only come in contact with him once and that was on the road. Three of us were discussing the work and how a certain drain should be dug. He arrived on the scene suddenly, told us that we should not be talking together and ordered us back to our men. He’s a darling.

I am afraid we have not done so well as we might in the races, but we won a few things.

During the sports one of the battalions, the Lancashires, were “At Home”. They had a marquee put up, brought their band, and supplied the officers with tea. One might have been at home almost and somebody said there is a war on.

I am very glad you had a good weekend. It is good of you to go to see Mum as often as you do.