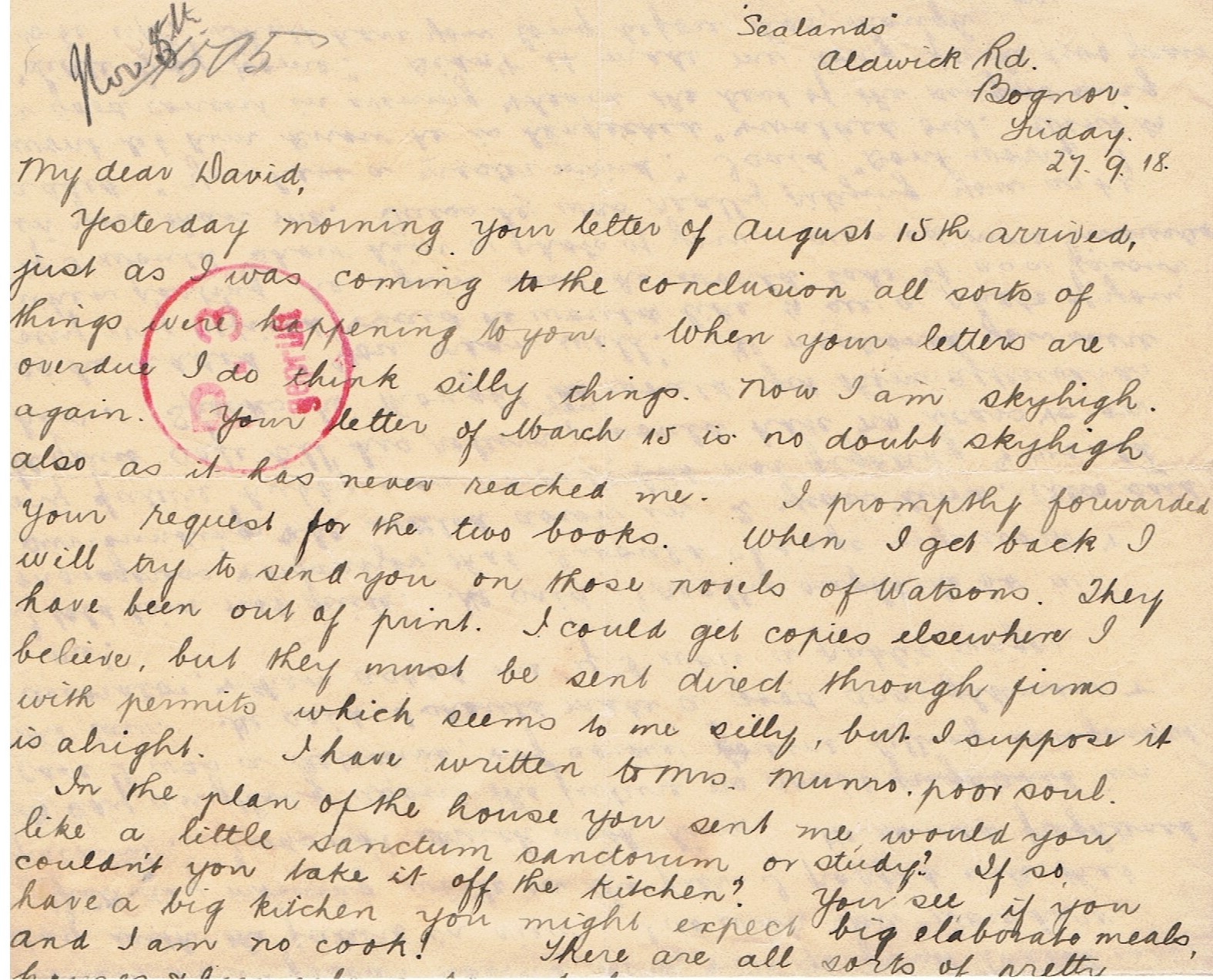 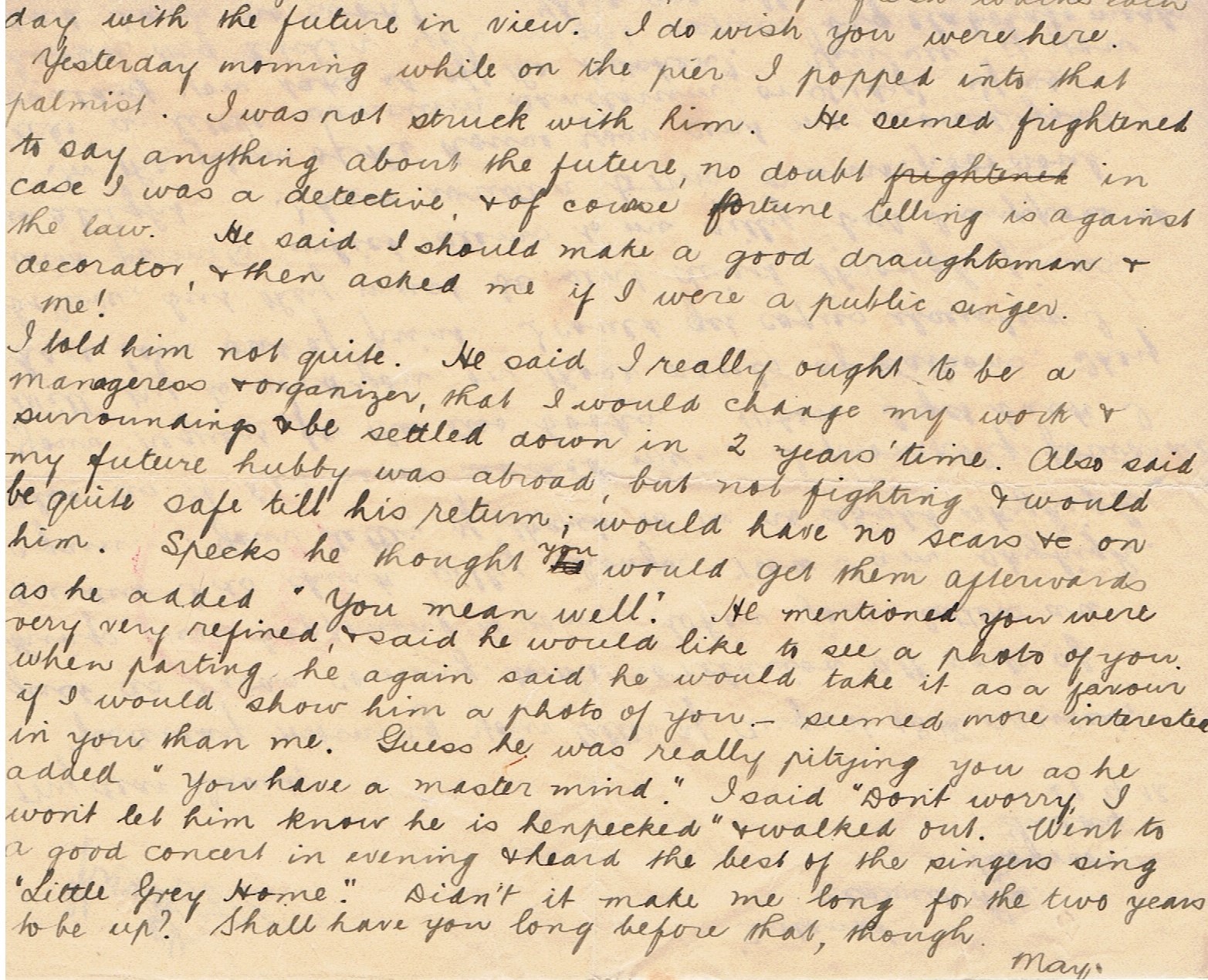 May to David Bognor 27.9.18 Friday
My dear David,
Yesterday morning your letter of August 15th arrived, just as I was coming to the conclusion all sorts of things were happening to you. When your letters are overdue I do think silly things. Now i am skyhigh again. Your letter of March 15 is no doubt skyhigh also as it has never reached me. I promptly forwarded your request for the two books. When I get back I will try to send you on those novels of Watsons. They have been out of print. I could get copies elsewhere I believe, but they must be sent direct through firms with permits which seems to me silly, but I suppose it is alright. I have written to Mrs Munro, poor soul.
In the plan of the house you sent me, would you like a little sanctum sanctorum or study? If so, couldn’t you take it off the kitchen? You see if you have a big kitchen you might expect big elaborate meals and I am no cook. There are all sorts of pretty houses & bungalows round here, & we go fresh walks each day with the future in view. I do wish you were here. Yesterday morning while on the pier I popped into that palmist. I was not struck with him. He seemed frightened to say anything about our future, no doubt in case I was a detective, & of course fortune telling is against the law. He said I should make a good draughtsman & decorator, & then asked me if I were a public singer.
Me!
I told him not quite. He said I really ought to be a manageress & organiser, that I would change my work & surroundings & be settled down in 2 years’ time. Also said my future hubby was abroad, but not fighting & would be quite safe till his return; would have no scars etc on him. Specks he thought you would get them afterwards as he added “You mean well.” He mentioned you were very very refined, & said he would like to see a photo of you. When parting he again said he would take it as a favour if I would show him a photo of you – seemed more interested in you than me. Guess he was really pitying you as he added “You have a master mind.” I said “Don’t worry, I won’t let him know he is henpecked” & walked out. Went to a good concert in evening & heard the best of the singers sing “Little Grey Home”. Didn’t it make me long for the two years to be up? Shall have you long before that, though.
May