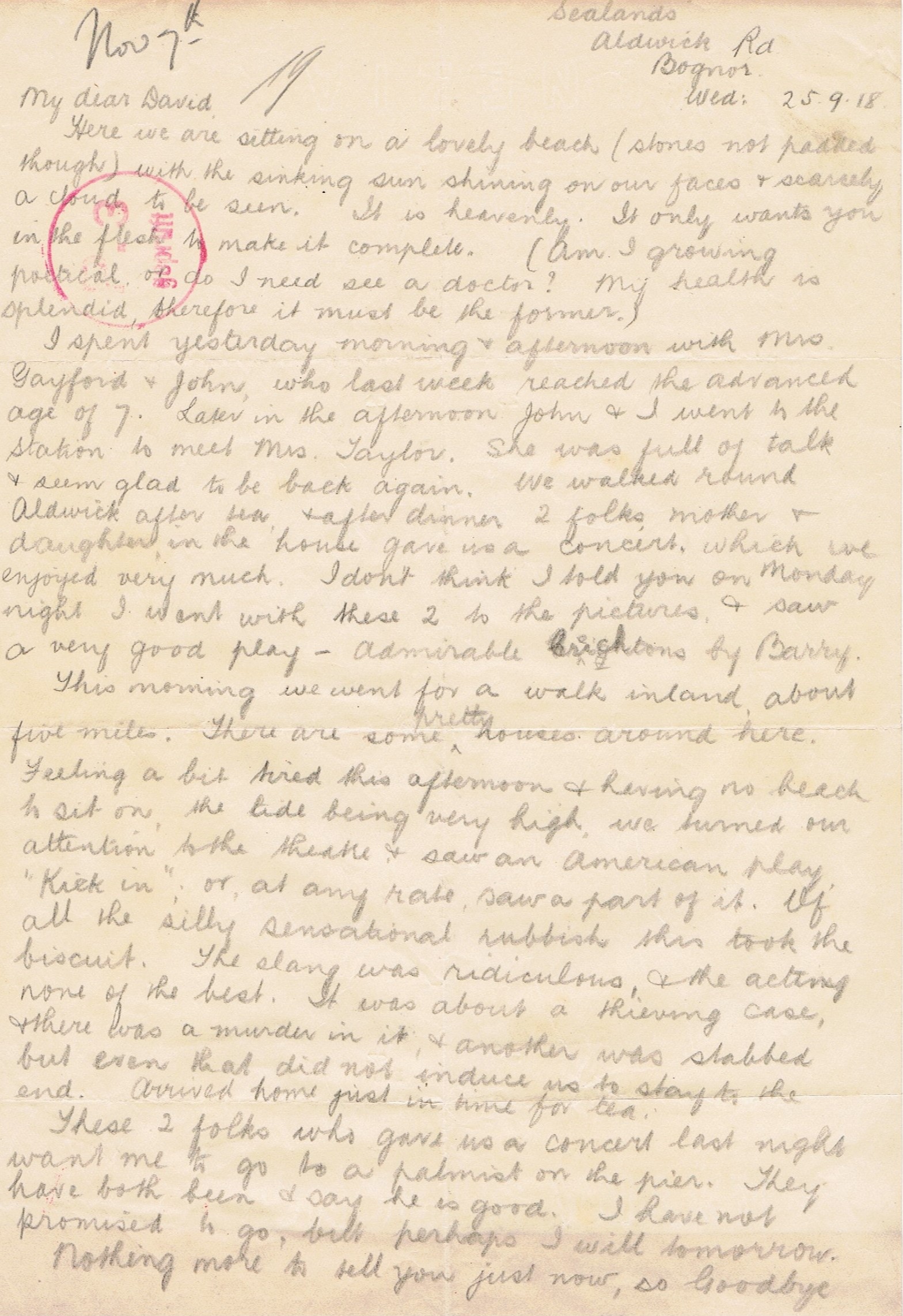 May to David Bognor 25.9.18 Wednesday
My dear David,
Here we are sitting on a lovely beach (stones not padded though) with the sinking sun shining on our faces & scarcely a cloud to be seen. It is heavenly. It only wants you in the flesh to make it complete. (Am I growing poetical, or do I need see a doctor? My health is splendid, therefore it must be the former.)
I spent yesterday morning & afternoon with Mrs Gayford & John, who last week reached the advance age of 7. Later in the afternoon John & I went to the station to meet Mrs Taylor. She was full of talk & seem glad to be back again. We walked round Aldwick after tea & after dinner 2 folks, mother & daughter, in the house gave us a concert, which we enjoyed very much. I don’t think I told you on Monday night I went with these 2 to the pictures, & saw a very good play – Admiral Creichtons by Barry.
This morning we went for a walk inland about five miles. There are some pretty houses around here. Feeling a bit tired this afternoon & having no beach to sit on, the tide being very high, we turned our attention to the theatre, & saw an American play, “Kick in”, or, at any rate, saw part of it. Of all the silly sensational rubbish this took the biscuit. The slang was ridiculous, & the acting none of the best. It was about a thieving case, & there was a murder in it, & another was stabbed but even that did not induce us to stay to the end. Arrived home just in time for tea.
These 2 folks who gave us a concert last night want me to go to a palmist on the pier. They have both been & say he is good. I have not promised to go, but perhaps I will tomorrow.
Nothing more to tell you just now, so Goodbye.
May