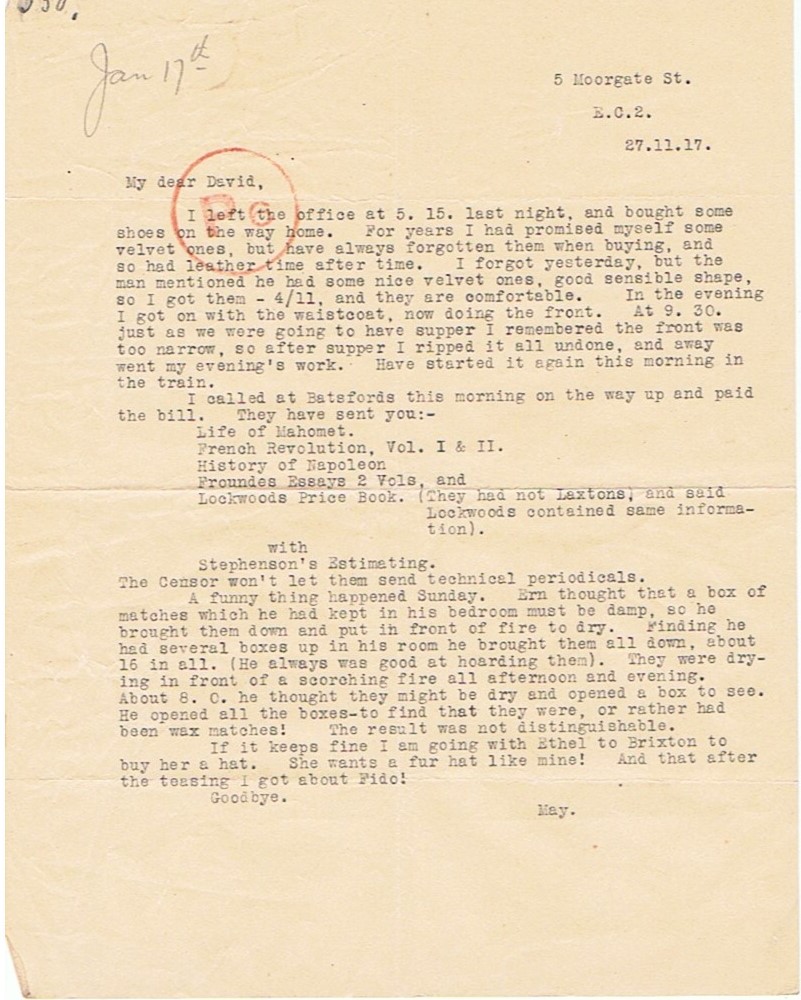 I left the office at 5.15 last night and bought some shoes on the way home. For years I had promised myself some velvet ones, but have always forgotten them when buying, and so had the leather time after time. I forgot yesterday, but the man mentioned he had some nice velvet ones, good sensible shape, so I got them – 4/11, and they are comfortable. In the evening I got on with the waistcoat, now doing the front. At 9.30 just as we were going to have supper I remembered the front was too narrow, so after supper I ripped it all undone, and away went my evening’s work. Have started it again this morning in the train.

I called at Batsfords this morning on the way up and paid the bill. They have sent you:-

A funny thing happened Sunday. Ern thought that a box of matches which he had kept in his bedroom must be damp, so he brought them down and put in front of fire to dry. Finding he had several boxes up in his room he brought them all down, about 16 in all. (He always was good at hoarding them). They were drying in front of a scorching fire all afternoon and evening. About 8.0 he thought they might be dry and opened a box to see. He opened all the boxes – to find they were, or rather had been, wax matches! The result was not distinguishable.

If it keeps fine I am going with Ethel to Brixton to buy her a hat. She wants a fur hat like mine! And that after the teasing I got about Fido!