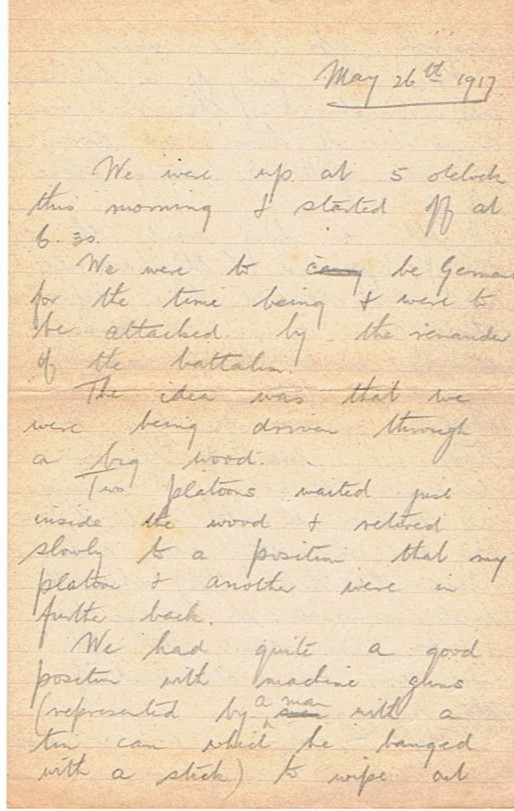 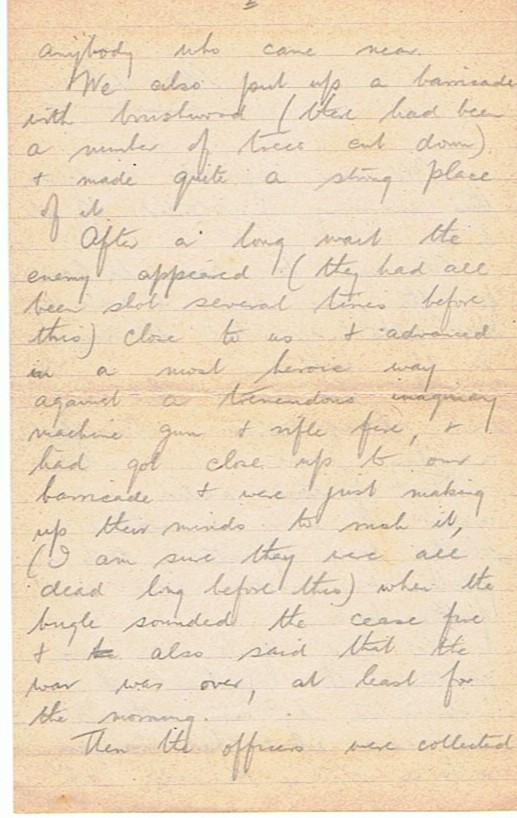 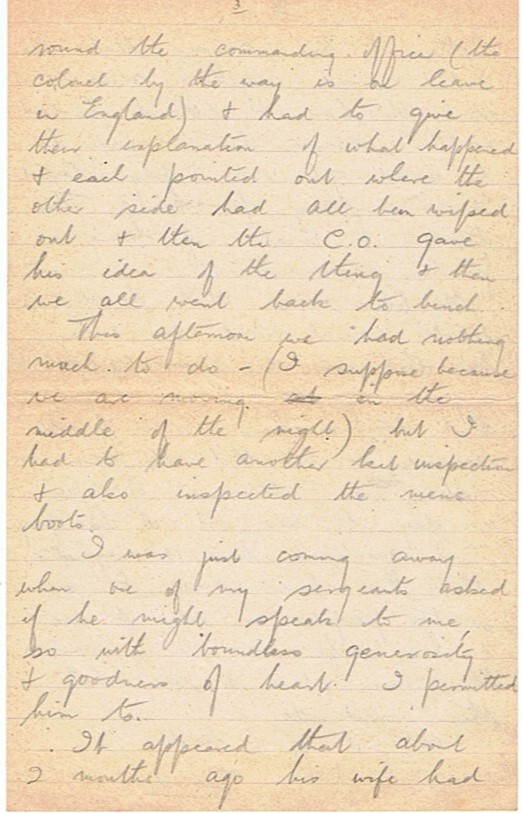 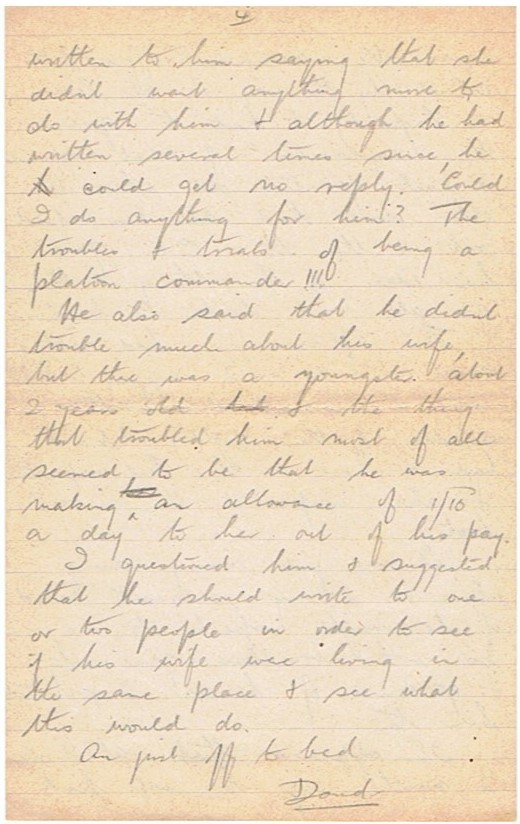 We were to be Germans for the time being and were to be attacked by the remainder of the battalion!

The idea was that we were being driven through a big wood. Two platoons waited just inside the wood and retired slowly to a position, but my platoon and another were in further back. We had quite a good position with machine guns (represented by a man with a tin can which he banged with a stick) to wipe out anybody who came near.

We also put up a barricade with brushwood (there had been a number of trees cut down) and made quite a strong place of it.

After a long wait the enemy appeared (they had all been shot several times before this) close to us and advanced in a most heroic way against a tremendous imaginary machine gun and rifle fire, and had got close up to our barricade and were just making up their minds to rush it, (I am sure they were all dead long before this)) when the bugle sounded the cease fire and also said that the war was over, at least for the morning.

Then the officers were collected round the commanding officer (the colonel by the way is on leave in England)) and had to give their explanation of what happened and each pointed out where the other side had all been wiped out and then the C.O. gave his idea of the thing and then we all went back to lunch.

This afternoon we had nothing much to do (I suppose because we are moving in the middle of the night) but I had to have another last inspection and also inspected the men’s boots.

I was just coming away when one of my sergeants asked if he might speak to me so with boundless generosity and goodness of heart I permitted him to.

It appeared that about 2 months ago his wife had written to him saying that she didn’t want anything more to do with him and although he had written several times since, he could get no reply. Could I do anything for him? The troubles and trials of being a platoon commander!!!

He also said that he didn’t trouble much about his wife, but there was a youngster about 2 years old and the thing that troubled him most of all seemed to be that he was making an allowance of 1/10 a day to her out of his pay.

I questioned him and suggested that he should write to one or two people in order to see if his wife were living in the same place and see what this would do.

Am just off to bed.