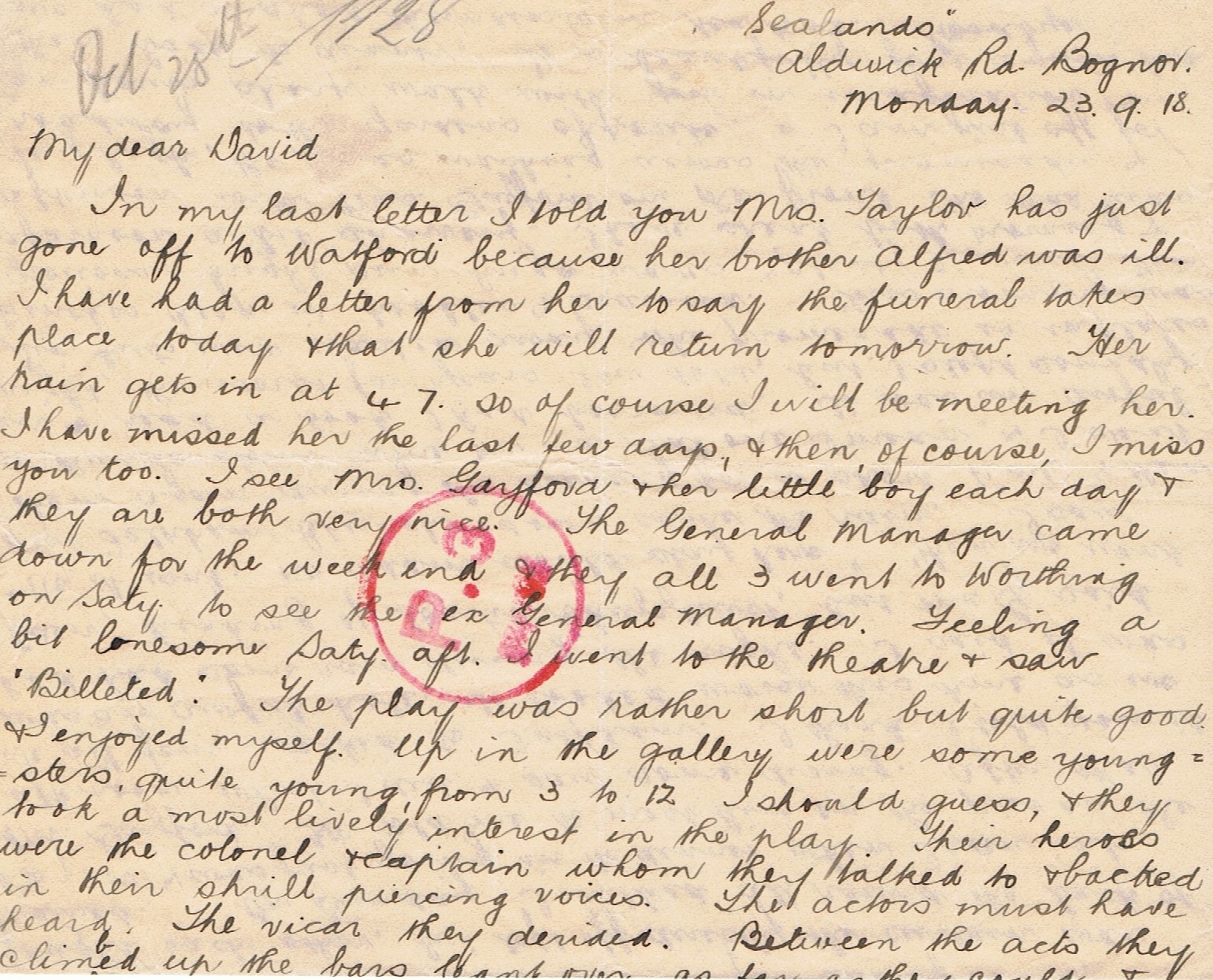 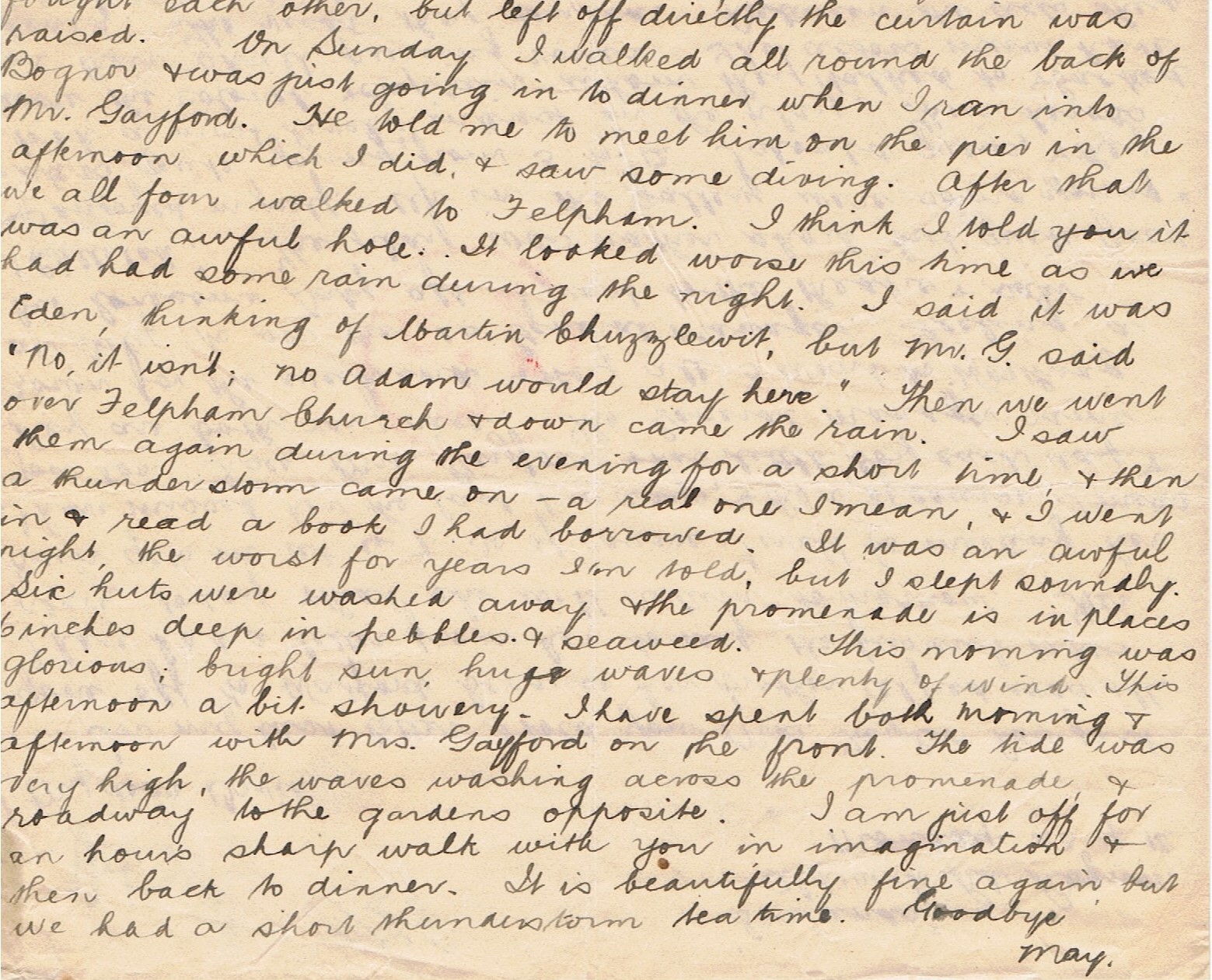 May to David Bognor 23.9.18 Monday
My dear David,
In my last letter I told you Mrs Taylor has just gone off to Watford because her brother Alfred was ill. I have had a letter from her to say the funeral takes place today & that she will return tomorrow. Her train gets in at 4.7 so of course I will be meeting her. I have missed her the last few days, & then, of course, I miss you too. I see Mrs Gayford & her little boy each day & they are both very nice. The General Manager came down for the week end & they all 3 went to Worthing on Saty to see the ex General Manager. Feeling a bit lonesome Saty aft I went to the theatre & saw “Billeted”. The play was rather short but quite good & I enjoyed myself. Up in the gallery were some youngsters, quite young, from 3 to 12 I should guess, & they took a most lively interest in the play. Their heroes were the colonel & captain whom they talked to & backed in their shrill piercing voices. The actors must have heard. The vicar they derided. Between the acts they climbed up the bars, leant over as far as they could, & fought each other, but left off directly the curtain was raised. On Sunday I walked all round the back of Bognor & was just going in to dinner when I ran into Mr Gayford. He told me to meet him on the pier in the afternoon which I did, & saw some diving. After that we all four walked to Felpham. I think I told you it was an awful hole. It looked worse this time as we had had some rain during the night. I said it was Eden, thinking of Martin Chuzzlewit, but Mr G said “No, it isn’t, no Adam would stay here.” Then we went over Felpham Church and down came the rain. I saw them again during the evening for a short time, & then a thunderstorm came on – a real one I mean, & I went in & read a book I had borrowed. It was an awful night, the worst for years I’m told, but I slept soundly. Six huts were washed away & the promenade is in places 6 inches deep in pebbles & seaweed. This morning was glorious; bright sun, huge waves & plenty of wind. This afternoon a bit showery. I have spent both morning & afternoon with Mrs Gayford on the front. The tide was very high, the waves washing across the promenade, & the roadway to the gardens opposite. I am just off for an hour’s sharp walk with you in imagination & then back to dinner. It is beautifully fine again, but we had a short thunderstorm tea time.
Goodbye.
May