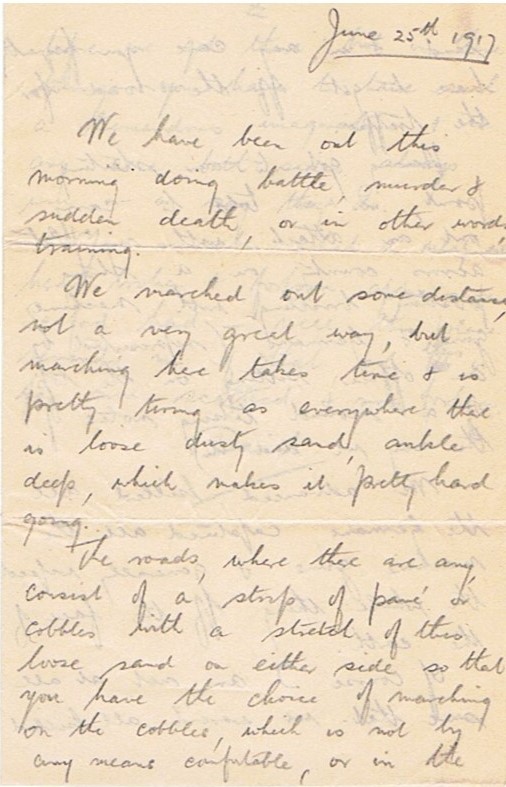 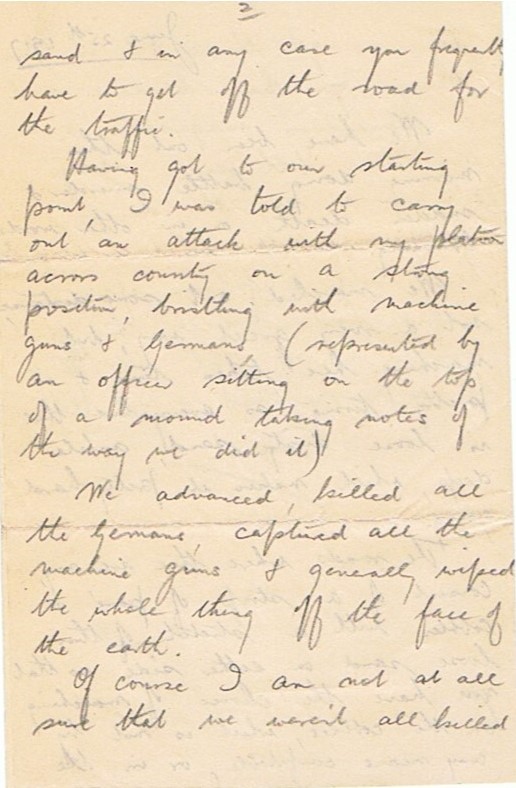 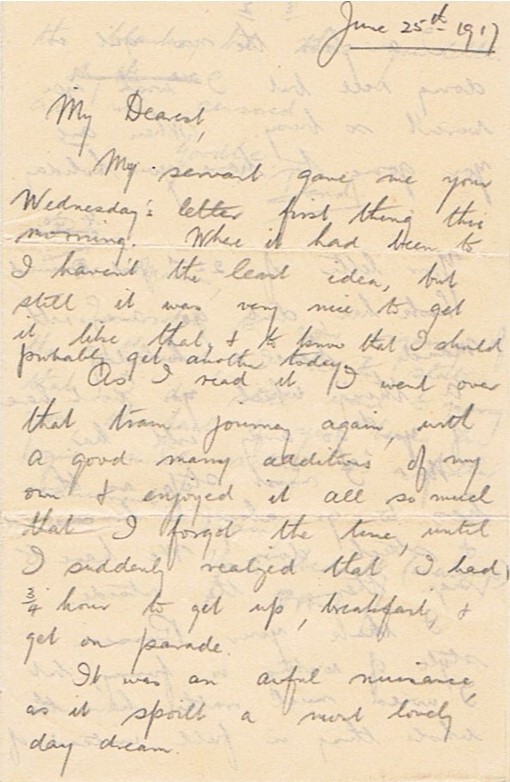 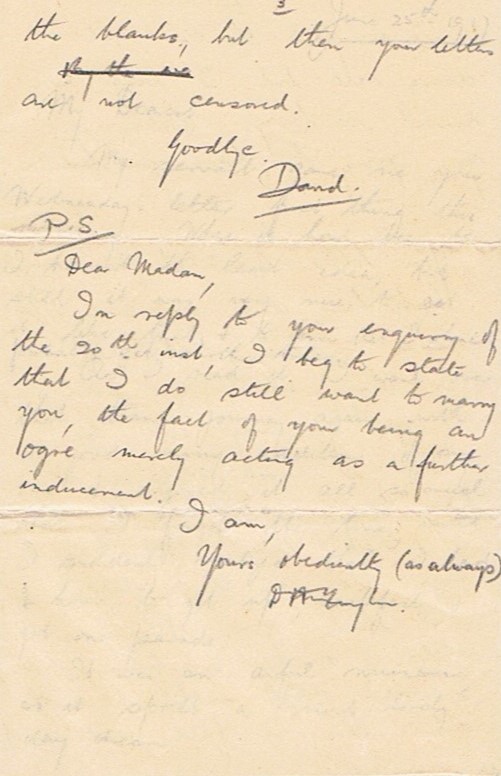 We have been out this morning doing battle, murder and sudden death, or in other words, training.

We marched out some distance, not a very great way, but marching here takes time and is pretty tiring as even where there is loose dusty sand, ankle deep, which makes it pretty hard going.

The roads, where there are any, consist of a strip of pave or cobbles with a stretch of this loose sand on either side so that you have the choice of marching on the cobbles, which is not by any means comfortable, or in the sand and in any case you frequently have to get off the road for the traffic.

Having got to our starting point, I was told to carry out an attack with my platoon across country on a strong position, bristling with machine guns and Germans, (represented by an officer sitting on the top of a mound taking notes of the way we did it).

We advanced, killed all the Germans, captured all the machine guns and generally wiped the whole thing off the face of the earth.

Of course I am not at all sure that we weren’t all killed before we got there, but in these things you have to have such a tremendous imagination and in any case both sides always win – or say they do.

You remember what a dilapidated, heart-broken, and forlorn appearance Seaford had – well this place reminds me of that, only this is far more scattered and more forlorn.

My servant gave me your Wednesday’s letter first thing this morning. Where it had been to I haven’t the least idea, but still it was very nice to get it like that, and to know that I should probably get another today.

As I read it I went over that train journey again, with a good many additions of my own and enjoyed it all so much that I forgot the time, until I suddenly realized that I had ¾ hour to get up, breakfast, and get on parade. It was an awful nuisance, as it spoilt a most lovely day dream.

I am glad that the new girl is doing well but I wish you weren’t so busy. When are you going to have your holiday.

Your letter of 22nd just arrived. Look here, don’t go away with Maud – have a holiday – a thing which you won’t have if you do go away with her.

Now I must stop as this has to go along to be censored and stuck down. We have to sign them on the outside.

I think your Russian style of writing is funny, but I would much rather have the whole thing in full instead of the blanks, but then your letters are not censored.

In reply to your enquiry of the 20th inst, I beg to state that I do still want to marry you, the fact of your being an ogre merely acting as a further inducement.

Yours obediently (as always)