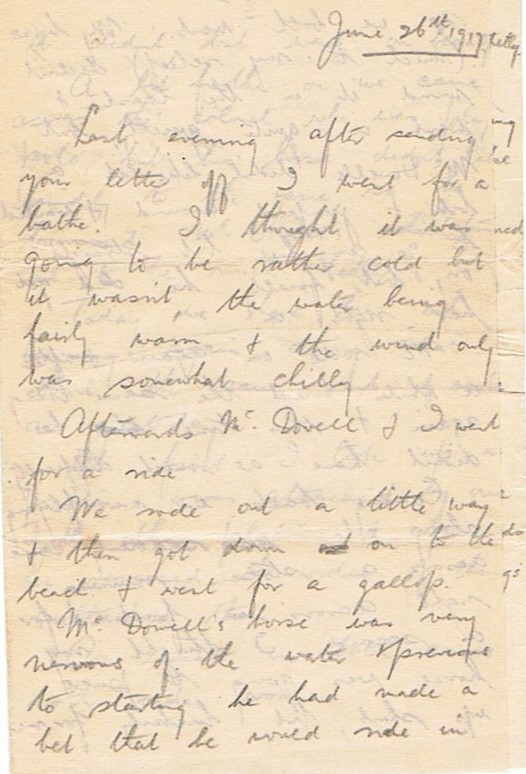 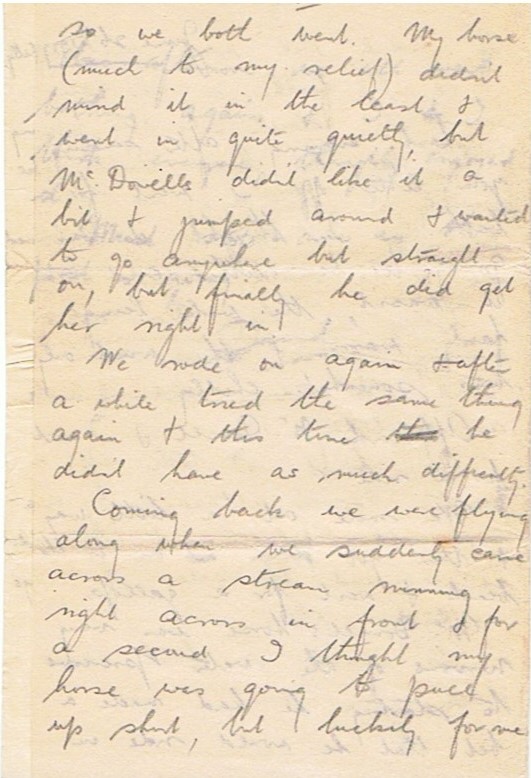 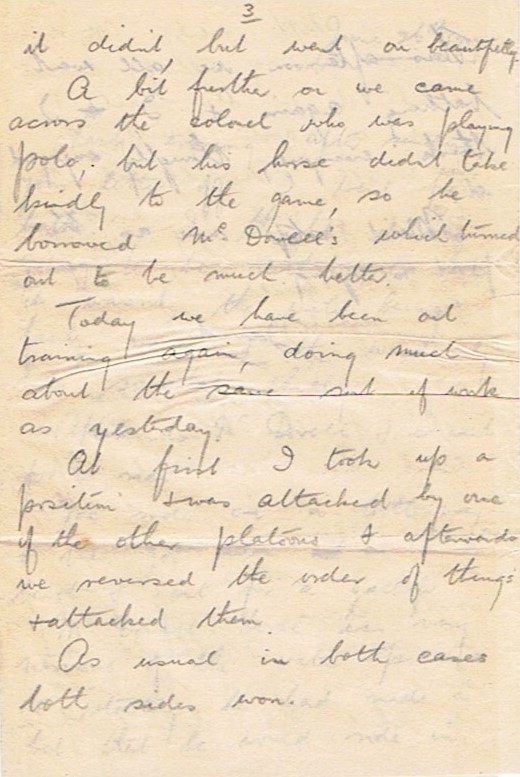 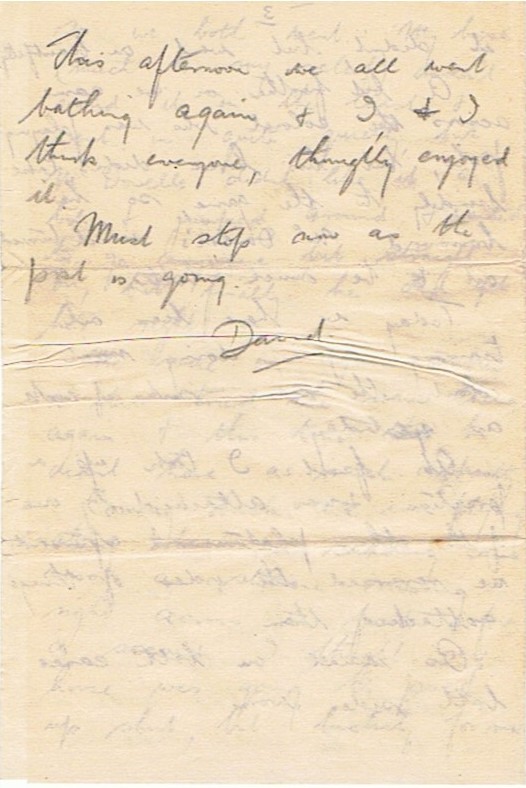 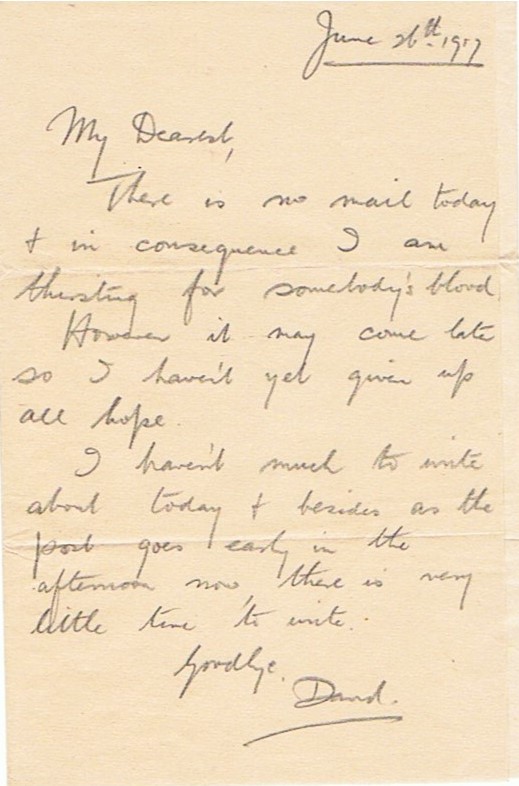 Last evening after sending your letter off I went for a bathe. I thought it was going to be rather cold but it wasn’t, the water being fairly warm and the wind only was somewhat chilly.

Afterwards McDowell and I went for a ride. We rode out a little way and then got down on to the beach and went for a gallop. McDowell’s horse was very nervous of the water and previous to starting he had made a bet that he would ride in so we both went. My horse (much to my relief) didn’t mind it in the least and went in quite quietly, but McDowell’s didn’t like it a bit and jumped around and wanted to go anywhere but straight on, but finally he did get her right in.

We rode on again and after a while tried the same thing again and this time he didn’t have as much difficulty. Coming back we were flying along, when we suddenly came across a stream running right across in front and for a second I thought my horse was going to pull up short, but luckily for me it didn’t but went on beautifully.

A bit further on we came across the colonel who was playing polo, but his horse didn’t take kindly to the game, so he borrowed McDowell’s which turned out to be much better.

Today we have been out training again, doing much about the same sort of work as yesterday. At first I took up a position and was attacked by one of the other platoons and afterwards we reversed, the order of things and attacked them. As usual in both cases both sides won.

This afternoon we all went bathing again and I, and I think everyone, thoroughly enjoyed it.

There is no mail today and in consequence I am thirsting for somebody’s blood. However it may come later so I haven’t yet given up all hope.

I haven’t much to write about today and besides as the post goes early in the afternoon now, there is very little time to write.