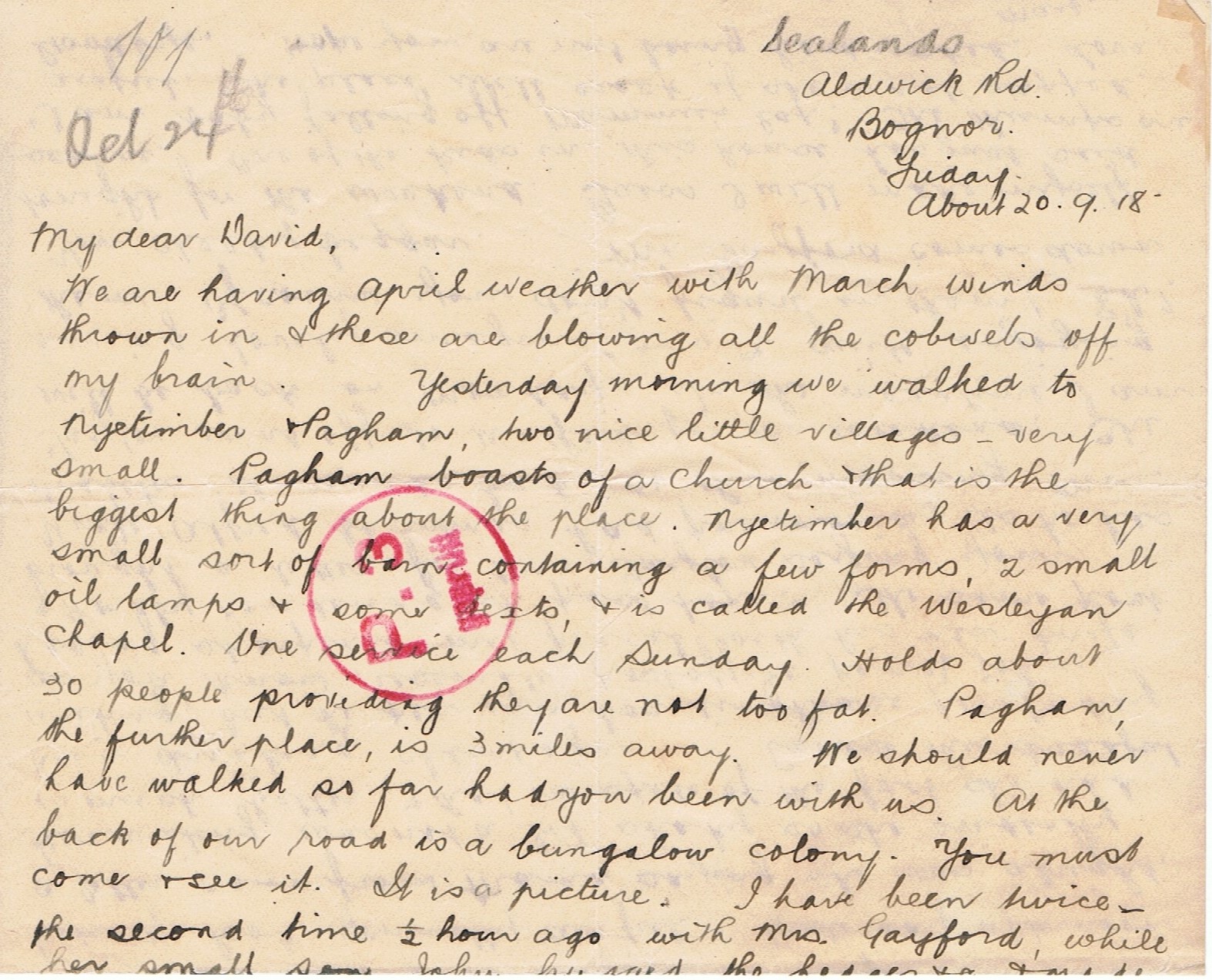 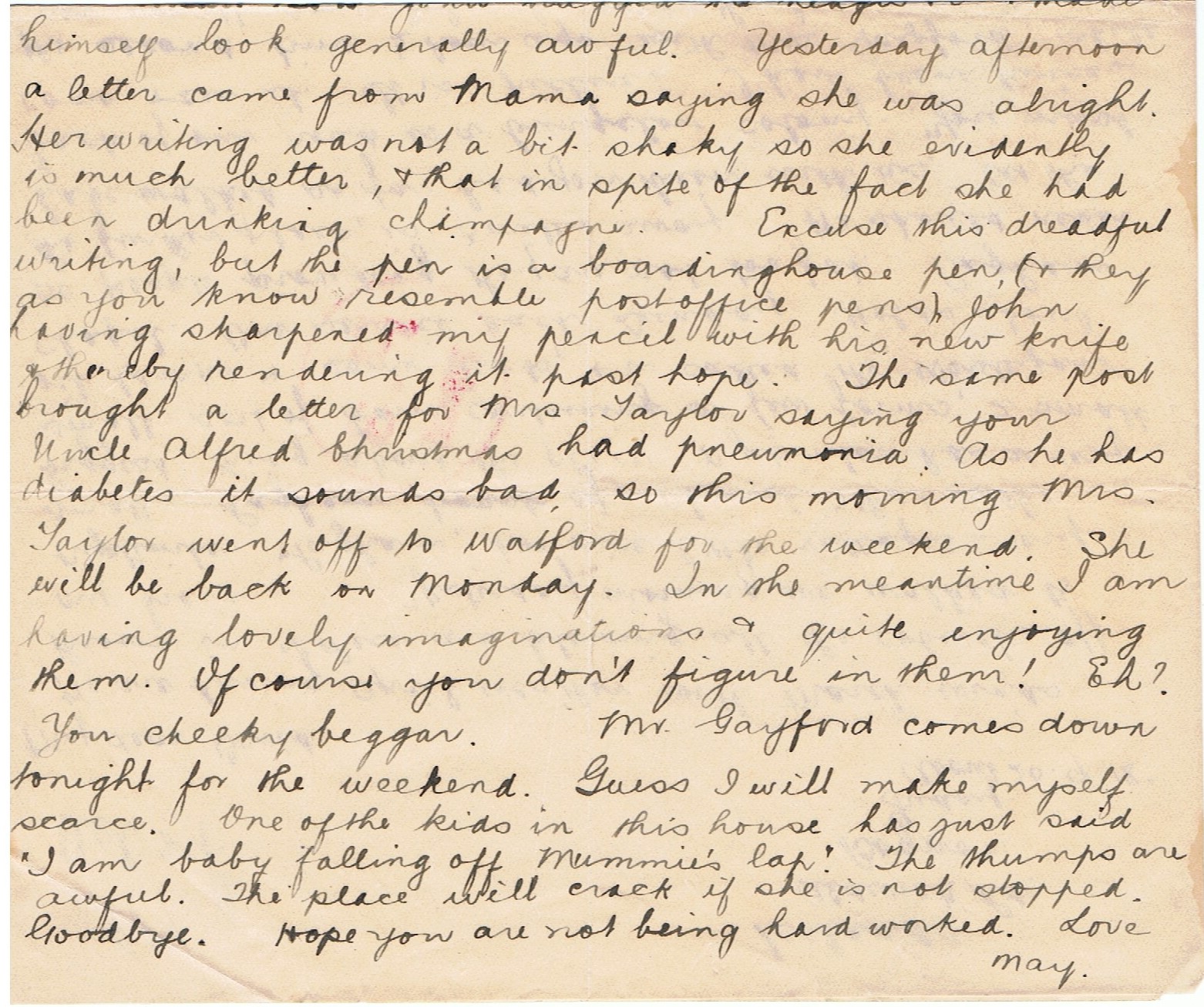 May to David Bognor 20.9.18 Friday
My dear David,
We are having April weather with March winds thrown in & these are blowing all the cobwebs off my brain. Yesterday morning we walked to Nyetimber & Pagham, two nice little villages – very small. Pagham boasts of a church & that is the biggest thing about the place. Nyetimber has a very small sort of barn containing a few forms, 2 small oil lamps & some texts, & is called the Wesleyan Chapel. One service each Sunday. Holds about 30 people providing they are not too fat. Pagham, the further place, is 3 miles away. We should never have walked so far had you been with us. At the back of our road is a bungalow colony. You must come & see it. It is a picture. I have been twice – the second time ½ hour ago with Mrs Gayford, while her small son John hugged the hedges etc & made himself look generally awful. Yesterday afternoon a letter came from Mama saying she was alright. Her writing was not a bit shaky so she evidently is much better, & that in spite of the fact she had been drinking champagne. Excuse this dreadful writing, but the pen is a boarding house pen (& they as you know resemble post office pens), John having sharpened my pencil with his new knife & thereby rendering it past hope. The same post brought a letter for Mrs Taylor saying your Uncle Alfred Christmas had pneumonia. As he has diabetes it sounds bad, so this morning Mrs Taylor went off to Watford for the weekend. She will be back on Monday. In the meantime I am having lovely imaginations & quite enjoying them. Of course you don’t figure in them! Eh? You cheeky beggar. Mr Gayford comes down tonight for the weekend. Guess I will make myself scarce. One of the kids in this house has just said “I am baby falling off Mummie’s lap.” The thumps are awful. The place will crack if she is not stopped.
Goodbye. Hope you are not being hard worked. Love
May