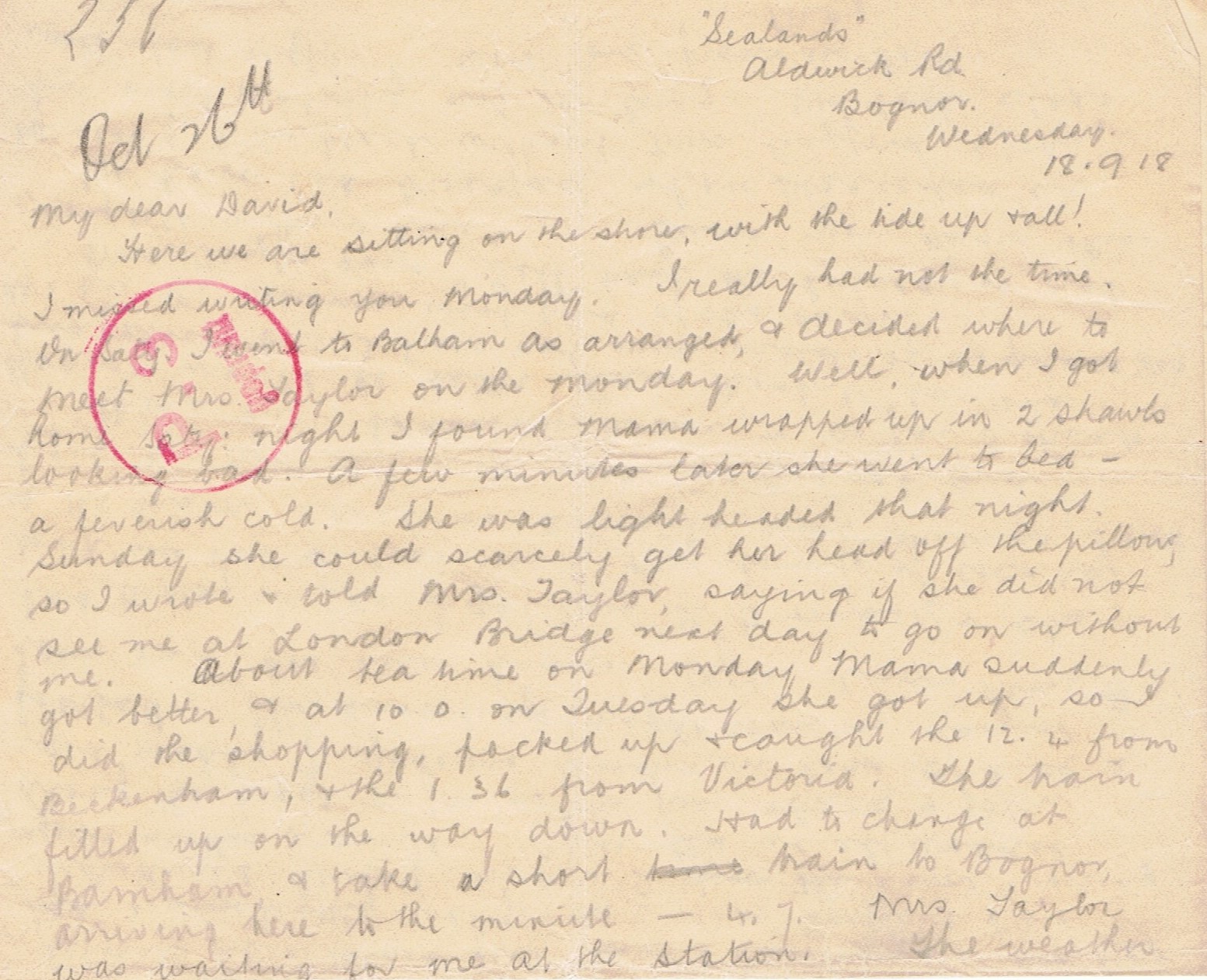 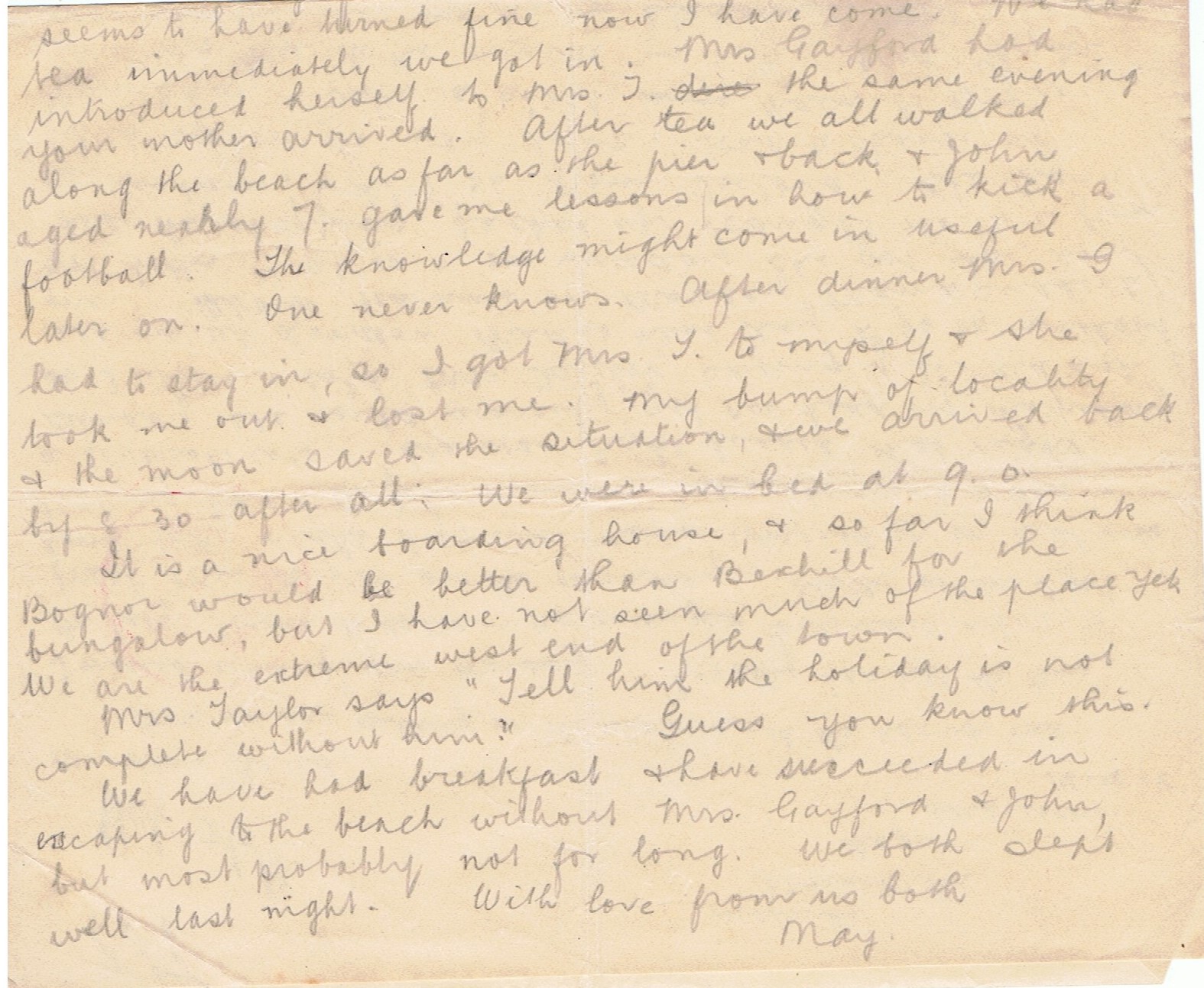 May to David ‘Sealands’ Aldwick Rd Bognor 18.9.18 Wednesday
My dear David,
Here we are sitting on the shore, with the tide up & all!
I missed writing you Monday. I really had not the time. On Saty I went to Balham as arranged & decided where to meet Mrs Taylor on the Monday. Well, when I got home Saty night I found Mama wrapped up in 2 shawls looking bad. A few minutes later she went to bed – a feverish cold. She was light headed that night. Sunday she could scarcely get her head off the pillow, so I wrote & told Mrs Taylor, saying if she did not see me at London Bridge next day to go on without me. About tea time on Monday Mama suddenly got better, & at 10.0 on Tuesday she got up, so I did the shopping, packed up & caught the 12.4 from Beckenham, & the 1.36 from Victoria. The train filled up on the way down. Had to change at Barnham & take a short train to Bognor, arriving here to the minute – 4.7. Mrs Taylor was waiting for me at the station. The weather seems to have turned fine now I have come. We had tea immediately we got in. Mrs Gayford had introduced herself to Mrs T the same evening your mother arrived. After tea we all walked along the beach as far as the pier & back & John aged nearly 7 have me lessons in how to kick a football. The knowledge might come in useful later on. One never knows. After dinner Mrs G had to stay in, so I got Mrs T to myself & she took me out & lost me. My bump of locality & the moon saved the situation, & we arrived back by 8.30 after all. We were in bed at 9.0.
It is a nice boarding house, & so far I think Bognor would be better than Bexhill for the bungalow, but I have not seen much of the place yet. We are the extreme west end of the town.
Mrs Taylor says “Tell him the holiday is not complete without him.” Guess you know this.
We have had breakfast & have succeeded in escaping to the beach without Mrs Gayford & John, but most probably not for long. We both slept well last night. With love from us both
May