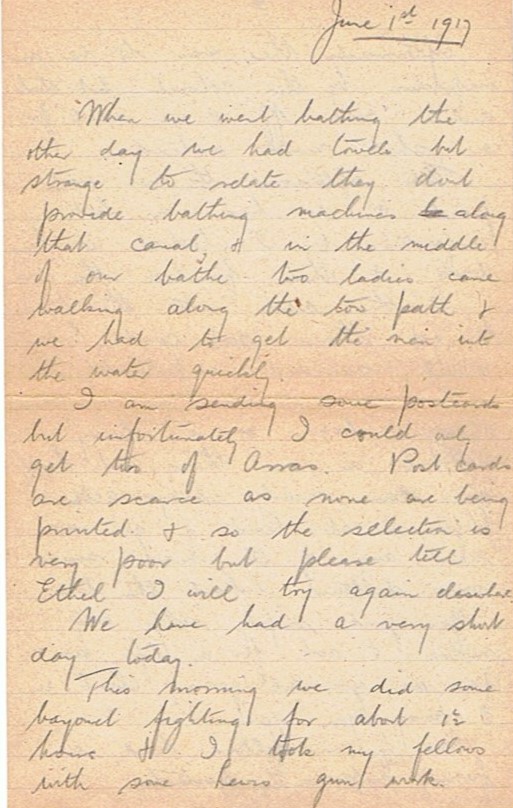 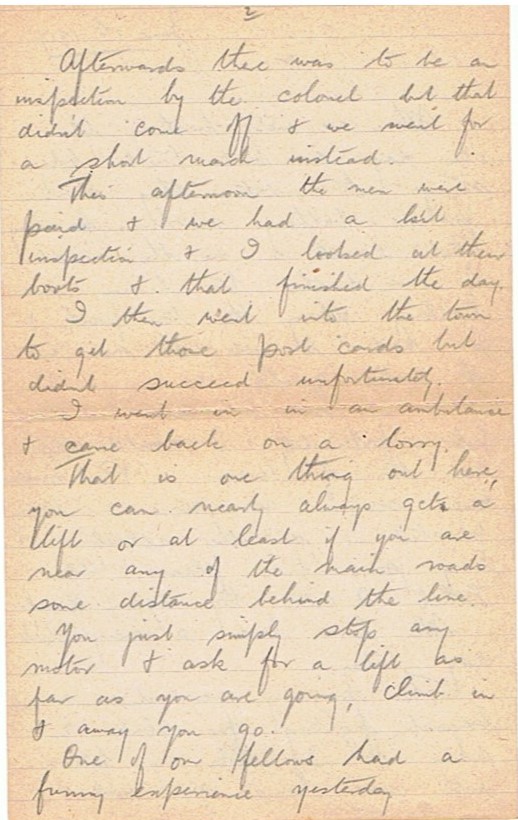 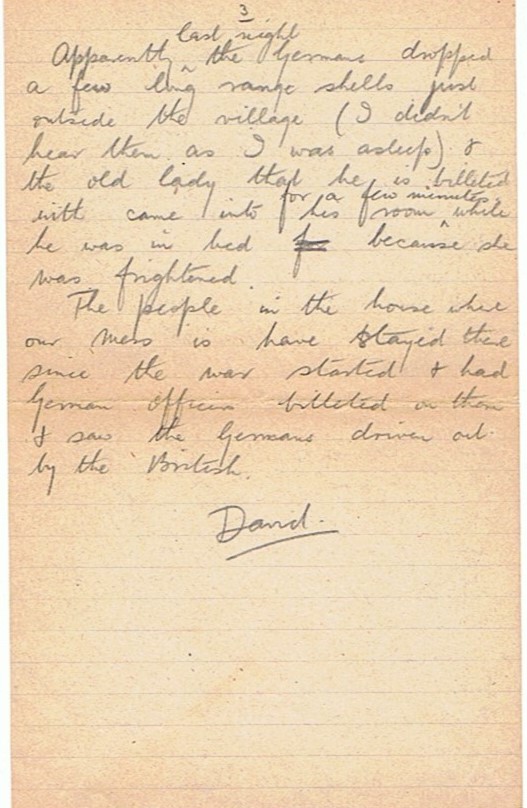 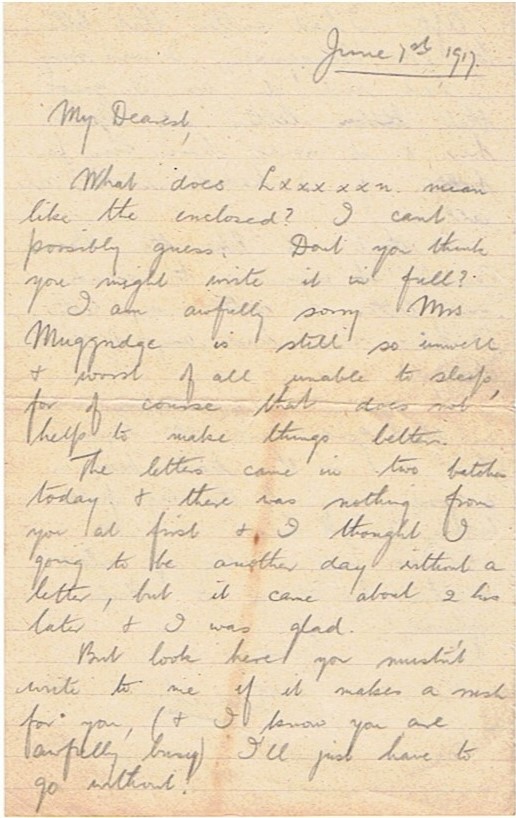 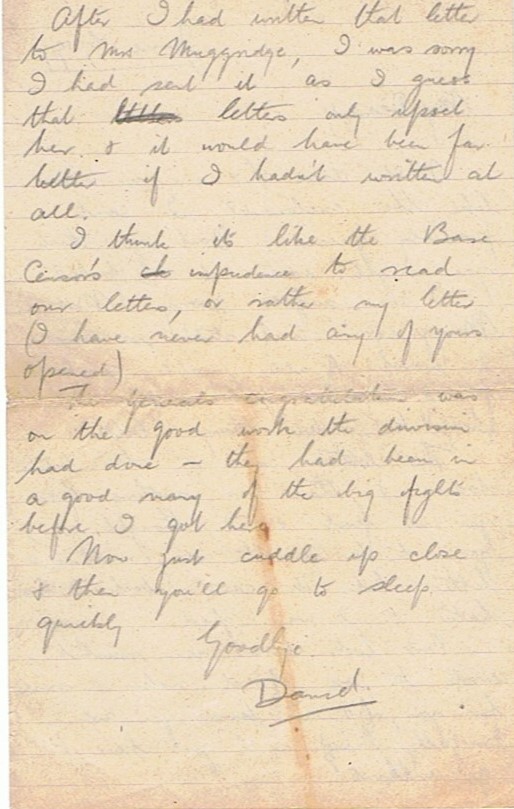 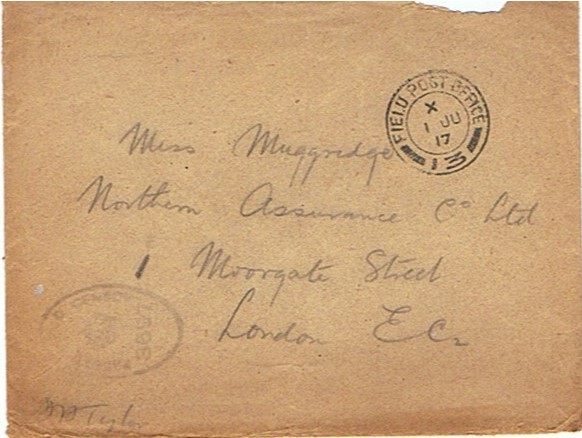 When we went bathing the other day we had towels but strange to relate they don’t provide bathing machines along that canal, and in the middle of our bathe two ladies came walking along the tow path and we had to get the men into the water quickly.

I am sending some postcards but unfortunately I could only get two of Arras. Postcards are scarce as none are being printed and so the selection is very poor but please tell Ethel I will try again elsewhere.

We have had a very short day today.

This morning we did some bayonet fighting for about 1 1/2 hours and I took my fellows with some Lewis gun work.

Afterwards there was to be an inspection by the colonel but that didn’t come off and we went for a short march instead.

This afternoon the men were paid and we had a last inspection and I looked at their boots and that finished the day.

I then went into the town to get those postcards but didn’t succeed unfortunately.

I went in an ambulance and came back in a lorry.

That is one thing out here, you can nearly always get a lift or at least if you are near any of the main roads some distance behind the line you just simply stop any motor and ask for a lift as far as you are going, climb in and away you go.

One of our fellows had a funny experience yesterday.

Apparently last night the Germans dropped a few long range shells just outside the village ( I didn’t hear them as I was asleep) and the old lady that he is billeted with came into his room for a few minutes while he was in bed because she was frightened.

The people in the house where our mess is have stayed there since the war started and had German officers billeted on them and saw the Germans driven out by the British.

What does Lxxxxxn mean like the enclosed? I can’t possibly guess. Don’t you think you might write it in full?

I am awfully sorry Mrs Muggridge is still so unwell and worst of all unable to sleep, for of course that does not help to make things better.

The letters came in two batches today and there was nothing from you at first and I thought it was going to be another day without a letter, but it came about 2 hours later and I was glad.

But look here you mustn’t write to me if it makes a rush for you (and I know you are awfully busy) I’ll just have to go without.

After I had written that letter to Mrs Muggridge, I was sorry I had sent it as I guess that letters only upset her and it would have been better if I hadn’t written at all.

I think its like the Base Censor’s impudence to read our letters, or rather my letter (I have never had any of yours opened).

The Generals congratulations was on the good work the division had done – they had been in a good many of the big fights before I got here.

Now just cuddle up close and then you’ll get to sleep quickly.