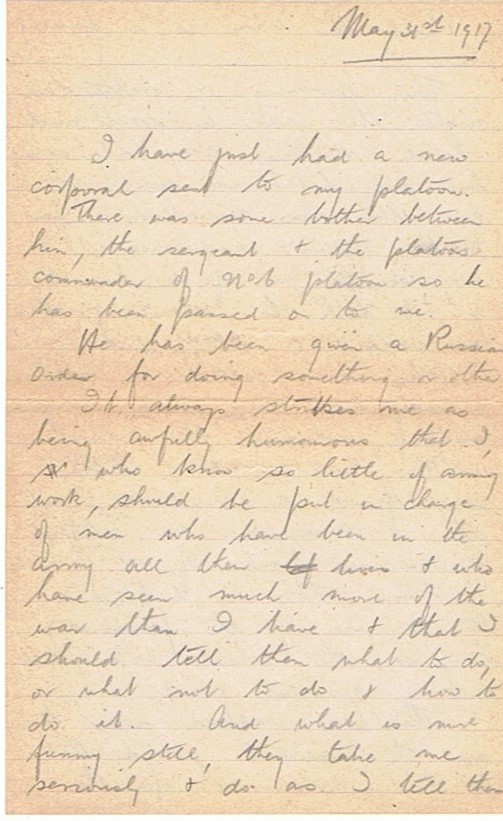 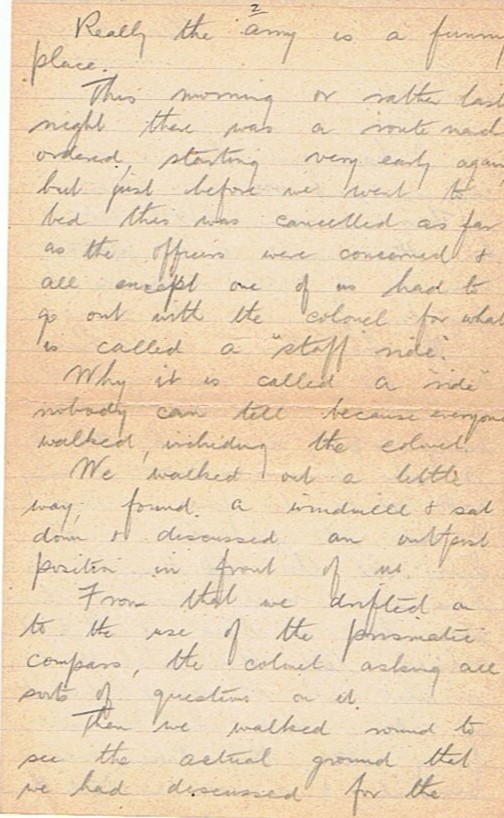 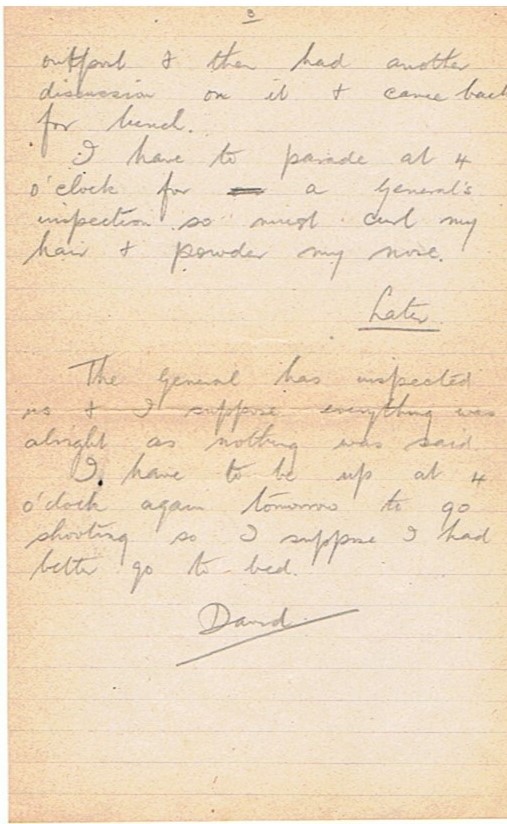 I have just had a new corporal sent to my platoon.

There was some bother between him, the sergeant and the platoon commander of No.6 platoon so he has been passed on to me.

He has been given a Russian Order for doing something or other.

It always strikes me as being awfully humourous that I, who know so little of army work, should be put in charge of men who have been in the army all their lives and who have seen much more of the war than I have and that I should tell them what to do, or what not to do and how to do it. And what is most funny still, they take me seriously and do as I tell them. Really the army is a funny place.

This morning or rather last night there was a route march ordered, starting very early again, but just before we went to bed this was cancelled as far as the officers were concerned and all except one of us had to go out with the colonel for what is called a “staff ride”. Why it is called a “ride” nobody can tell because everyone walked, including the colonel.

We walked out a little way, found a windmill and sat down and discussed an outpost position in front of us.

From that we drifted on to the use of the prismatic compass, the colonel asking all sorts of questions on it.

Then we walked round to see the actual ground that we had discussed for the outpost and then had another discussion on it and came back for lunch.

I have to parade at 4 o’clock for a General’s inspection so must cut my hair and powder my nose.

The General has inspected us and I suppose everything was alright as nothing was said.

I have to be up at 4 o’clock again tomorrow to go shooting so I suppose I had better go to bed.