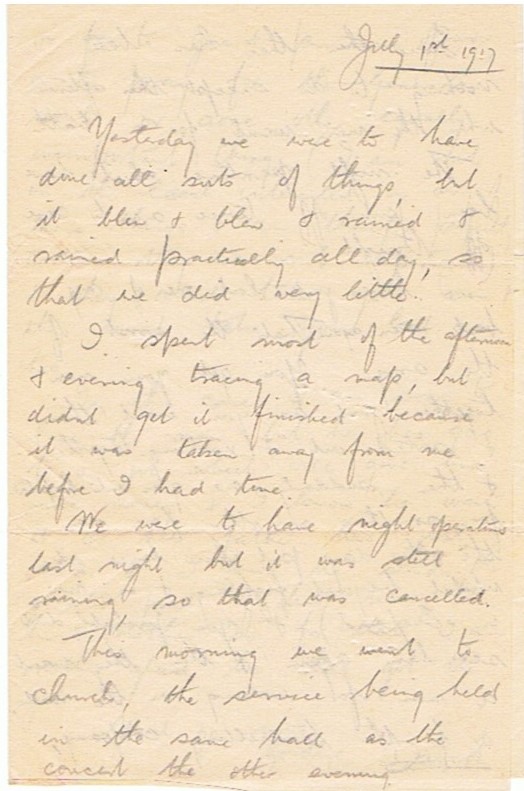 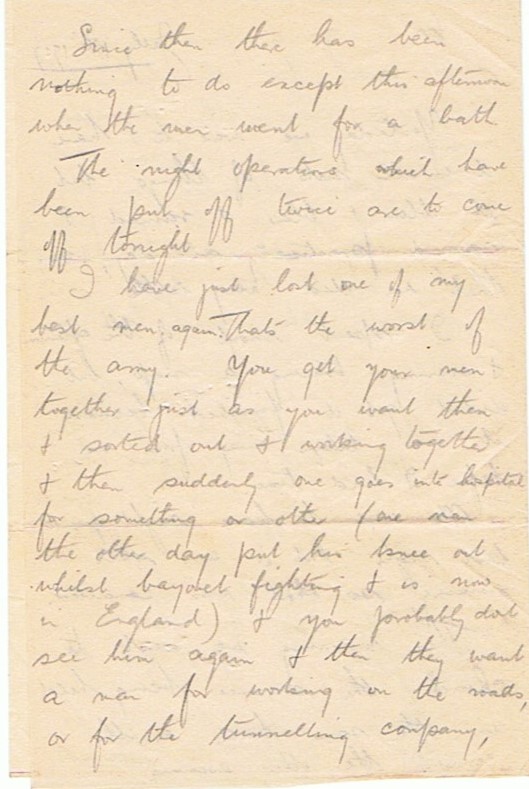 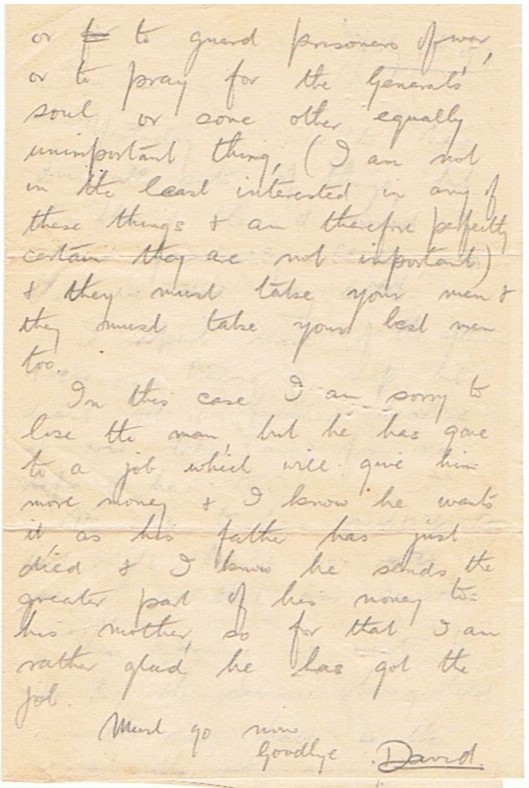 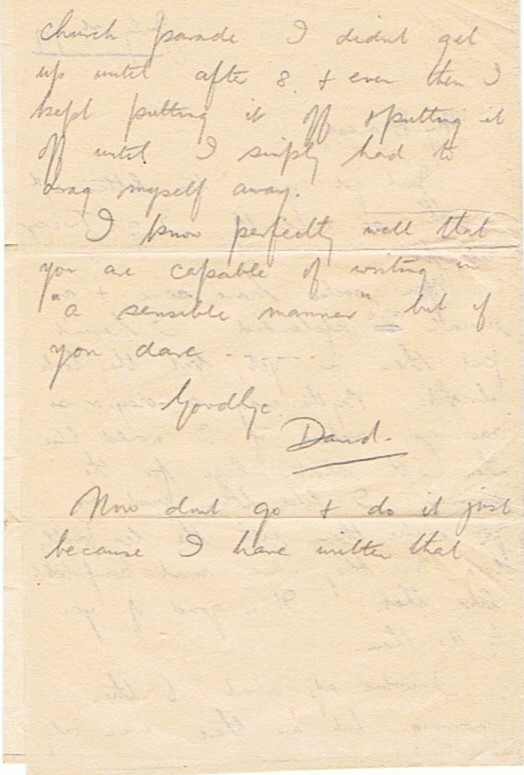 Yesterday we were to have done all sorts of things, but it blew and blew and rained and rained practically all day, so that we did very little.

I spent most of the afternoon and evening tracing a map, but didn’t get it finished because it was taken away from me before I had time.

We were to have night operations last night but it was still raining, so that was cancelled.

This morning we went to church, the service being held in the same hall as the concert the other evening.

Since then there has been nothing to do except this afternoon when the men went for a bath.

The night operations which have been put off twice are to come off tonight.

I have just lost one of my best men again. That’s the worst of the army. You get your men together just as you want them and sorted out and working together and then suddenly one goes into hospital for something or other (one man the other day put his knee out whilst bayonet fighting and is now in England) and you probably don’t see him again and then they want a man for working on the roads, or for the tunnelling company, or to guard prisoners of war, or to pray for the General’s soul or some other equally unimportant thing, (I am not in the least interested in any of these things and am therefore perfectly certain they are not important) and they must take your men and they must take your best men too. In this case I am sorry to lose the man, but he has gone to a job which will give him more money and I know he wants it as his father has just died and I know he sends the greater part of his money to his mother, so for that I am rather glad he has got the job.

Just got your two letters 27th and 28th so evidently I got Tuesdays alright.

Your socks have come and as usual are splendid. I haven’t put them on yet, but they look alright. By the way a day or so ago you asked if I would loike them with shorter legs for the summer. I like them just as you make them, with the leg pretty long as they are most comfortable like that. It is good of you to do them.

I woke up about 6 this morning but as there was only church parade I didn’t get up until after 8 and even then I kept putting it off and putting it off until I simply had to drag myself away.

I know that you are perfectly capable of writing “in a sensible manner” but if you dare…..

Now don’t go and do it just because I have written that.