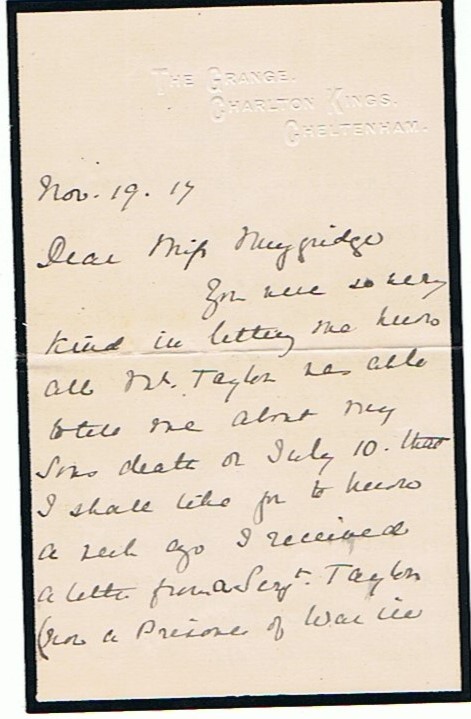 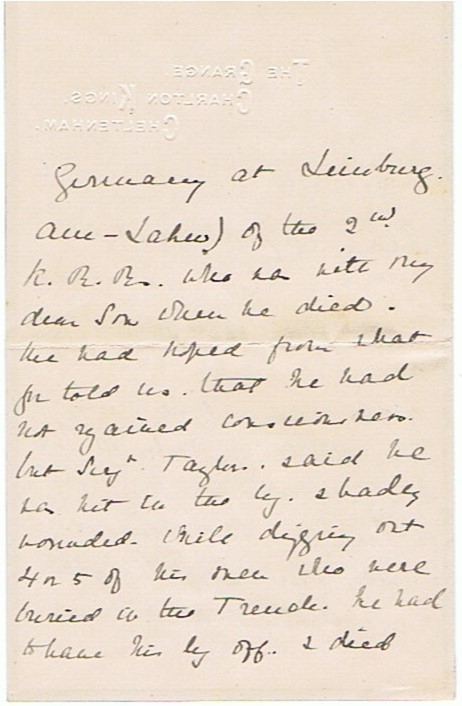 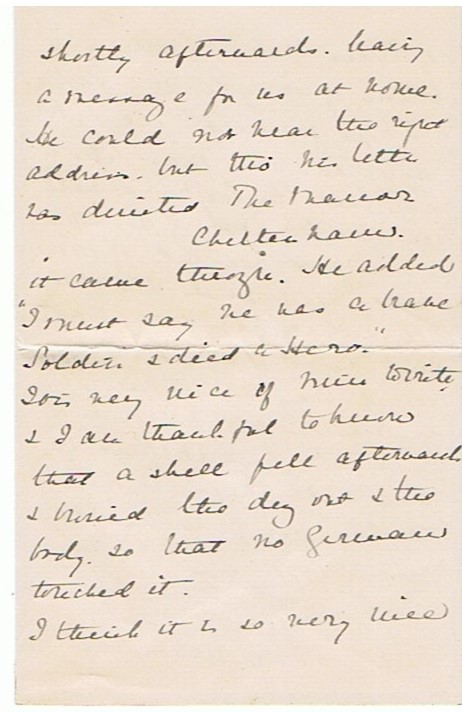 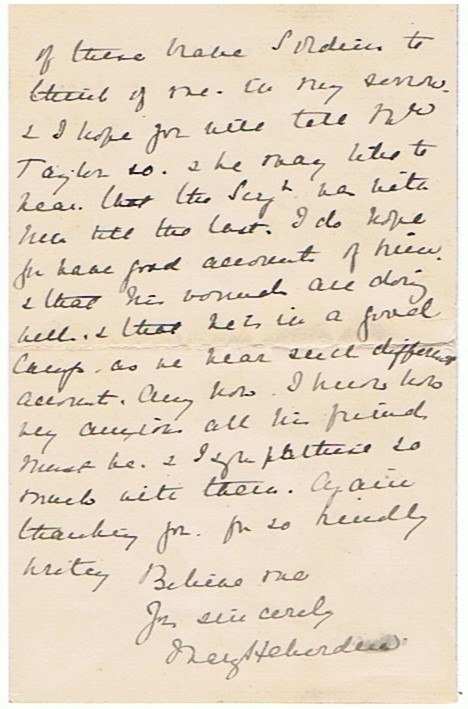 You were so very kind in letting me know all Mr Taylor was able to tell me about my son’s death on July 10 that I should like you to know a week ago I received a letter from a Sergt. Taylor (now a prisoner of War in Germany at Leinburg-am-Lahn) of the 2nd K.R.R. who was with my dear son when he died. We had hoped from what you told us that he had not regained consciousness, but Sergt. Taylor said he was hit in the leg and badly wounded while digging out 4 or 5 of his men who were buried in the trench. He had to have his leg off and died shortly afterwards leaving a message for us at home. He could not hear the right address, but though his letter was directed The Manor, Cheltenham, it came through. He added “I must say he was a brave soldier and died a hero”.

It was very nice of him to write and I am thankful to know that a shell fell afterwards and buried the dugout with the body so that no Germans touched it.

I think it is so very nice of these brave soldiers to think of me in my sorrow and I hope you will tell Mr Taylor so, and he may like to know that the Sergt. was with him to the very last. I do hope you have good accounts of him and that his wounds are doing well, and that he is in a good camp, as we hear such different accounts any how. I know how very anxious all his friends must be and I sympathise so much with them. Again thanking you for so kindly writing.