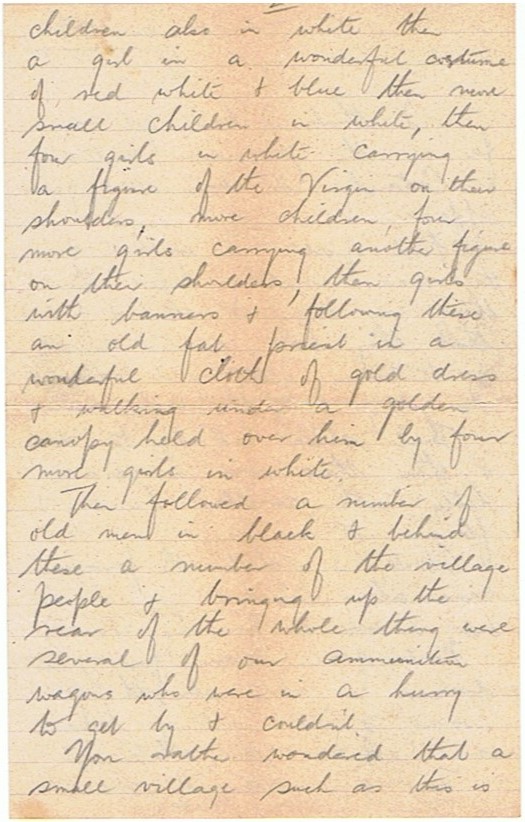 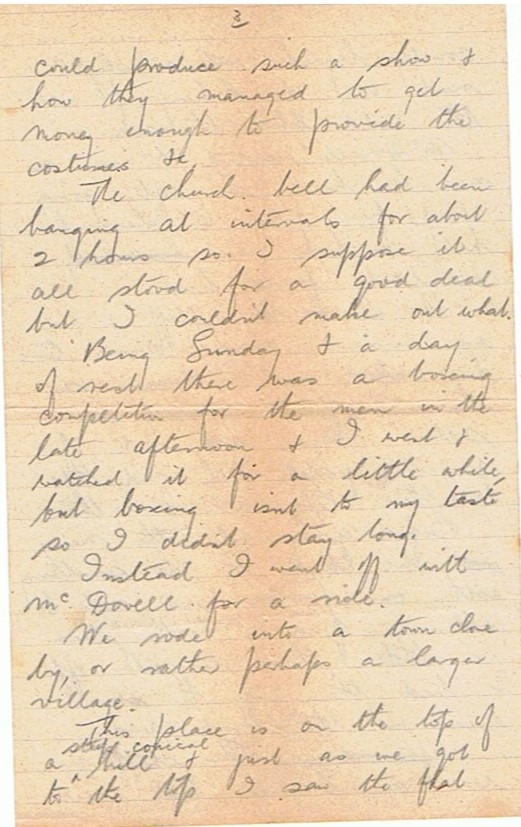 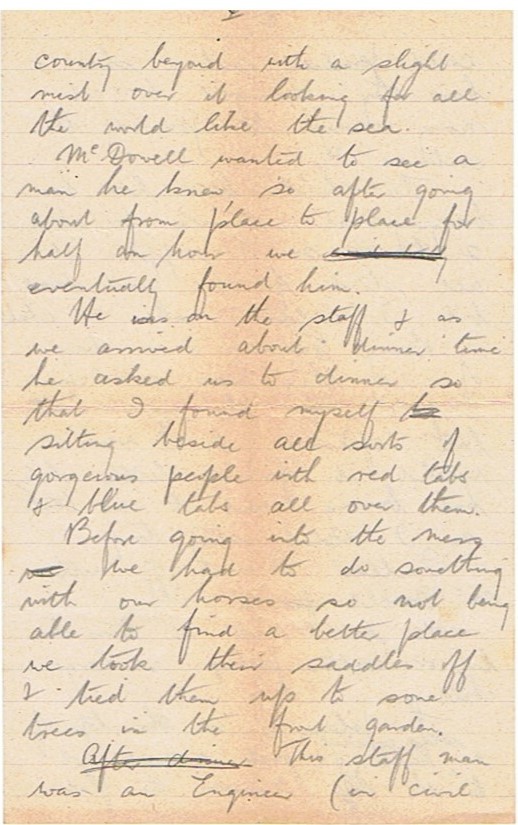 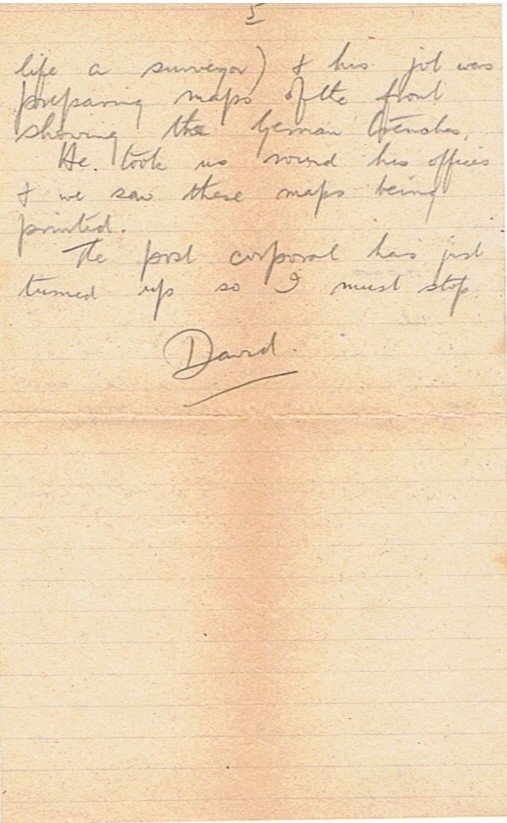 I think I had got as far as the procession yesterday. Certainly it was a gorgeous affair.

First of all I walked down the road sometime before the thing was due to start and found that they had erected a sort of temporary altar just outside the village by the side of the road. Three steps led up to it and then there was a small table with candles burning and flowers and so on.

About 3 o’clock the procession came along (I had gone inside but I saw it from my window).

First of all came four girls dressed in white with gilt crowns and a sort of bridal veil over the whole lot. Then a number of small children also in white, then a girl in a wonderful costume of red, white and blue then more small children in white, then four girls in white carrying a figure of the Virgin on their shoulders, more children, four more girls carrying another figure on their shoulders, then girls with banners and following these an old fat priest in a wonderful cloth of gold dress and walking under a golden canopy held over him by four more girls in white.

Then followed a number of old men in black and behind these a number of the village people and bringing up the rear of the whole thing were several of our ammunition wagons who were in a hurry to get by and couldn’t.

You rather wondered that a small village such as this could produce such a show and how they managed to get money enough to provide the costumes etc.

The church bell had been banging at intervals for about 2 hours so I suppose it all stood for a good deal but I couldn’t make out what.

Being Sunday and a day of rest there was a boxing competition for the men in the late afternoon and I went and watched it for a little while but boxing isn’t to my taste so I didn’t stay long.

Instead I went off with McDowell for a ride. We rode into a town close by, or rather perhaps a larger village. This place is on the top of a steep conical hill and just as we got to the top I saw the flat country beyond with a slight mist over it looking for all the world like the sea.

McDowell wanted to see a man he knew, so after going about from place to place for half an hour we eventually found him. He was on the staff and as we arrived about dinner time he asked us to dinner so that I found myself sitting beside all sorts of gorgeous people with red tabs and blue tabs all over them.

Before going into the mess we had to do something with our horses so not being able to find a better place we took their saddles off and tied them up to some trees in the front garden.

This staff man was an Engineer (in civil life a surveyor) and his job was preparing maps of the front showing the German trenches. He took us round his offices and we saw these maps being printed.

The post corporal has just turned up so I must stop.