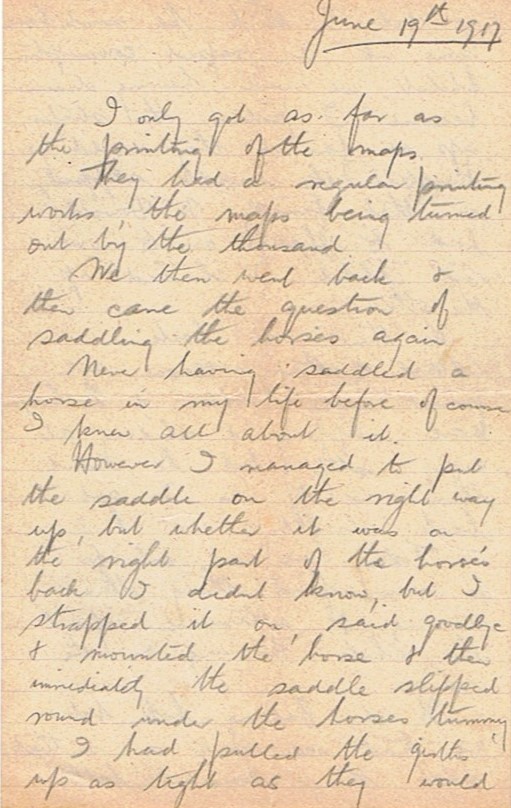 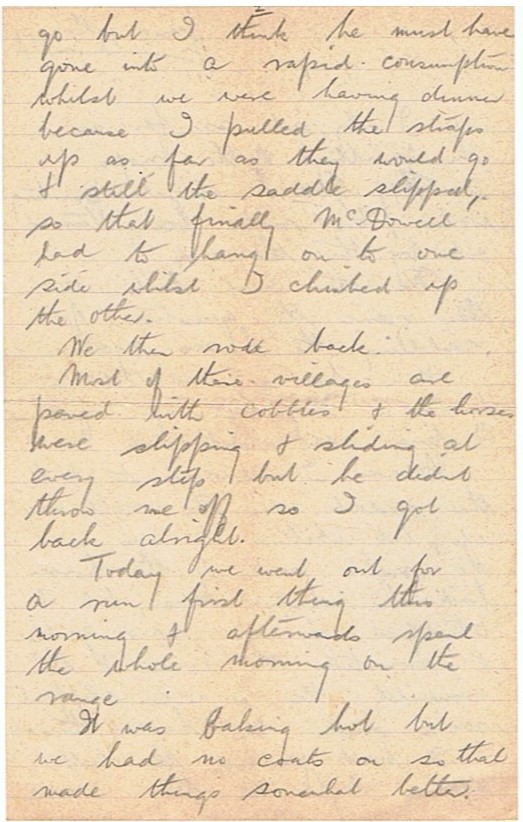 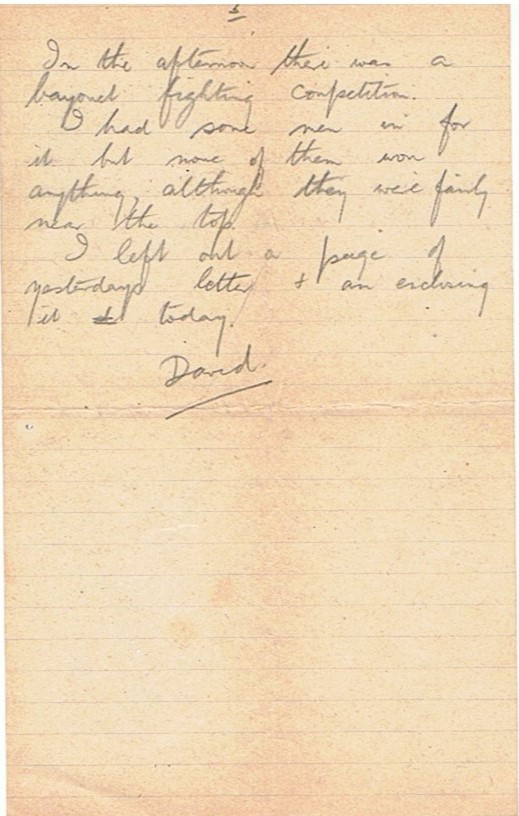 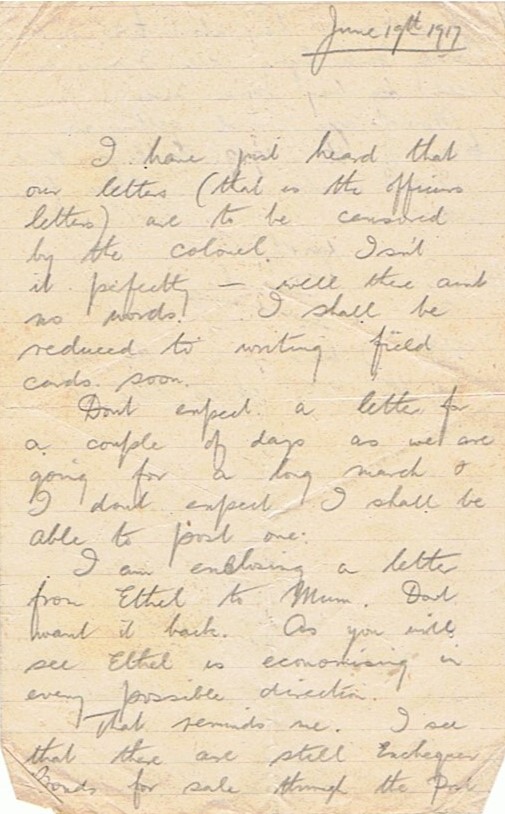 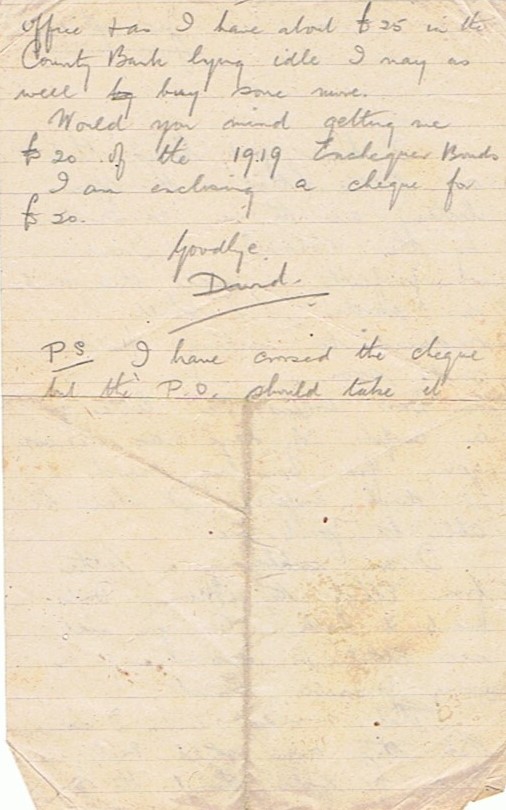 I only got as far as the printing of the maps. They had a regular printing works, the maps being turned out by the thousand.

We then went back and then came the question of saddling the horses again. Never having saddled a horse in my life before of course I knew all about it. However I managed to put the saddle on the right way up, but whether it was on the right part of the horse’s back I didn’t know, but I strapped it on, said goodbye and mounted the horse and then immediately the saddle slipped round under the horses tummy.

I had pulled the girths up as tight as they would go but I think he must have gone into a rapid consumption whilst we were having dinner because I pulled the straps up as far as they would go and still the saddle slipped, so that finally McDowell had to hang on to one side whilst I climbed up the other.

We then rode back. Most of these villages are paved with cobbles and the horses were slipping and sliding at every step but he didn’t throw me off so I got back alright.

Today we went out for a run first thing this morning and afterwards spent the whole morning on the range. It was baking hot but we had no coats on so that made things somewhat better.

In the afternoon there was a bayonet fighting competition. I had some men in for it but none of them won anything, although they were fairly near the top.

I left out a page of yesterday’s letter and am enclosing it today. David

I have just heard that our letters (that is the officers letters) are to be censored by the colonel. Isn’t it perfectly – well there aren’t no words. I shall be reduced to writing field cards soon.

Don’t expect a letter for a couple of days as we are going for a long march and I don’t expect I shall be able to post one.

I am enclosing a letter from Ethel to Mum. Don’t want it back. As you will see Ethel is economising in every possible direction.

That reminds me. I see that there are still Exchequer Bonds for sale through the post office and as I have about £25 in the County Bank lying idle I may as well buy some more.

PS I have crossed the cheque but the P.O. should take it.