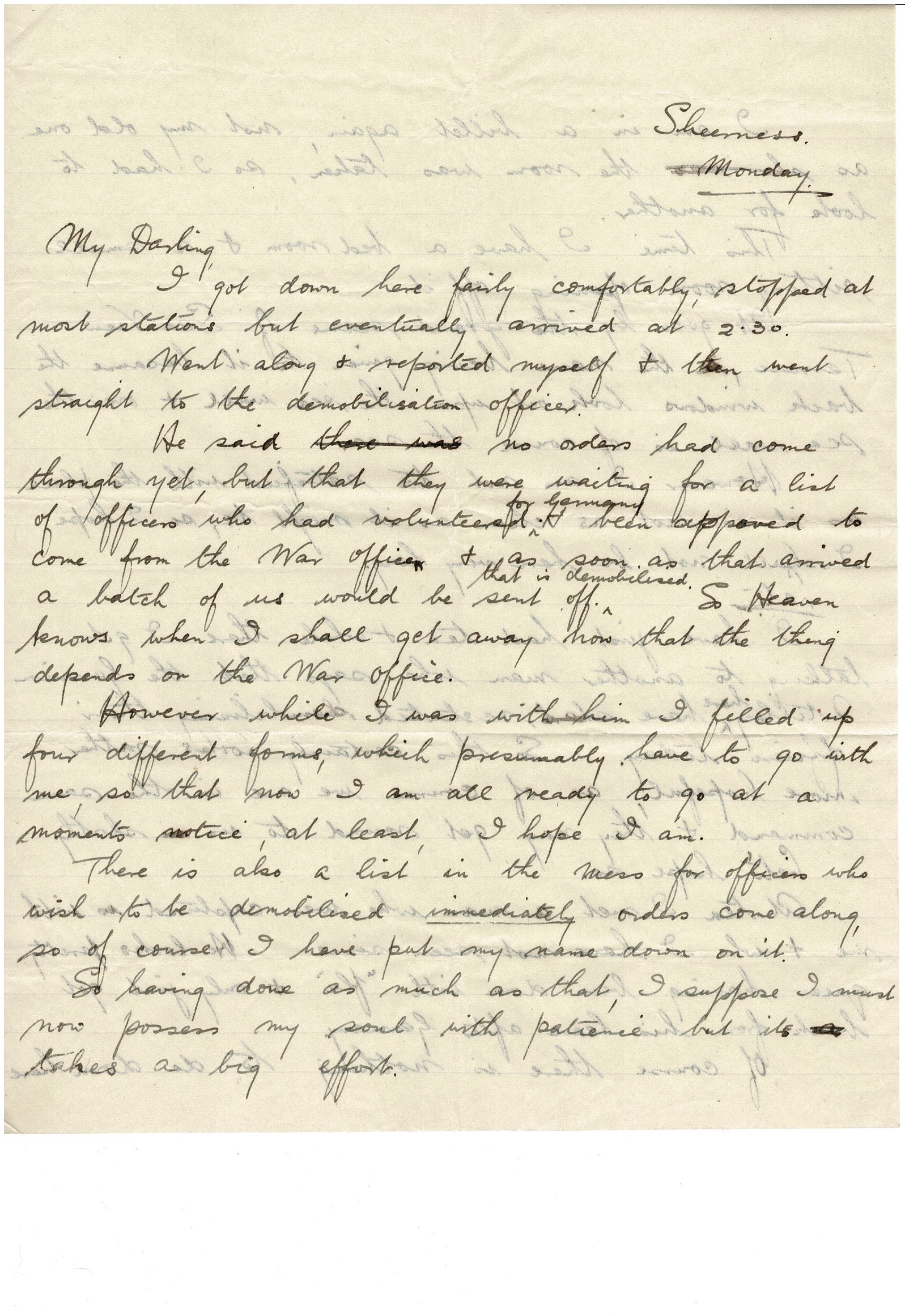 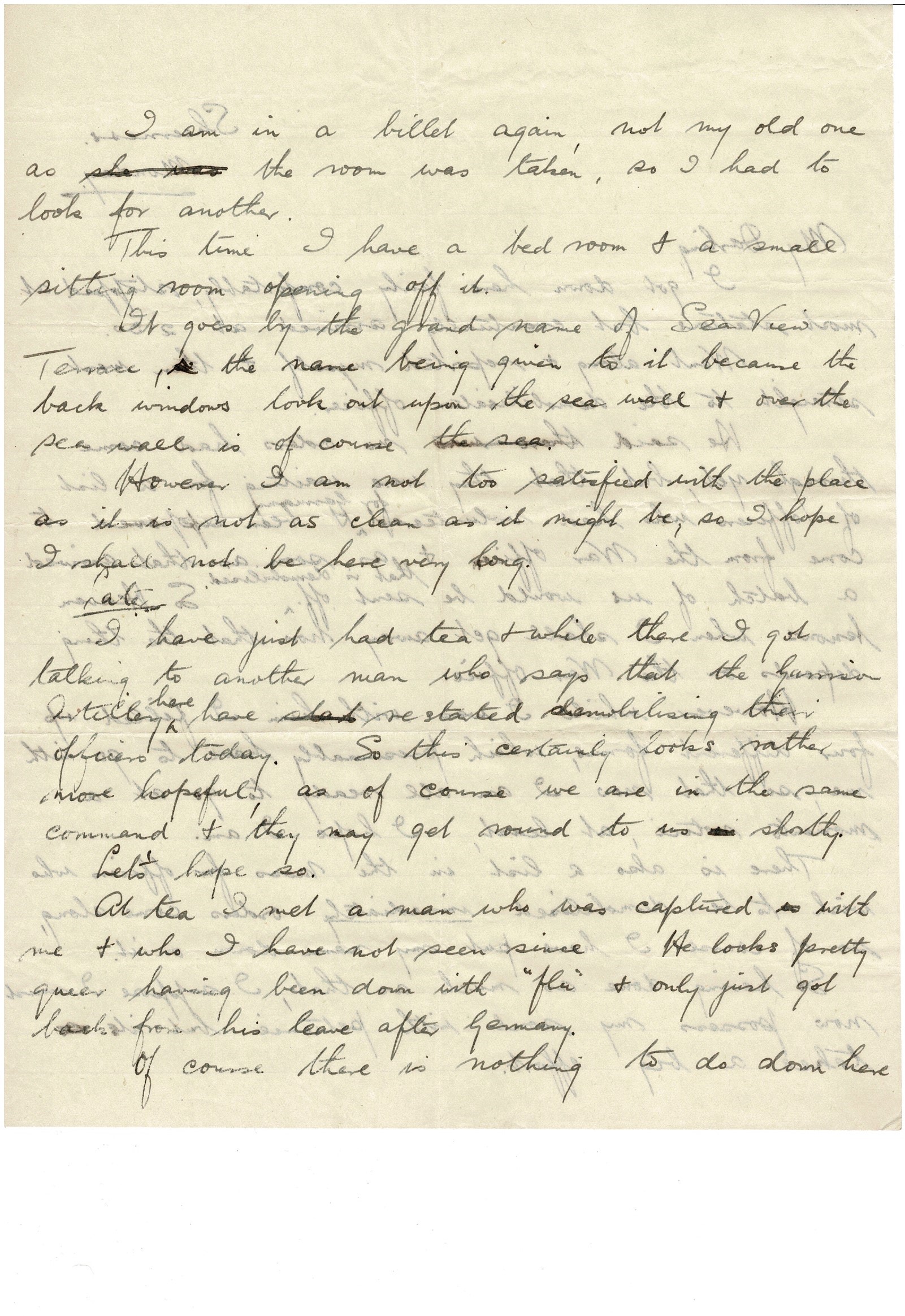 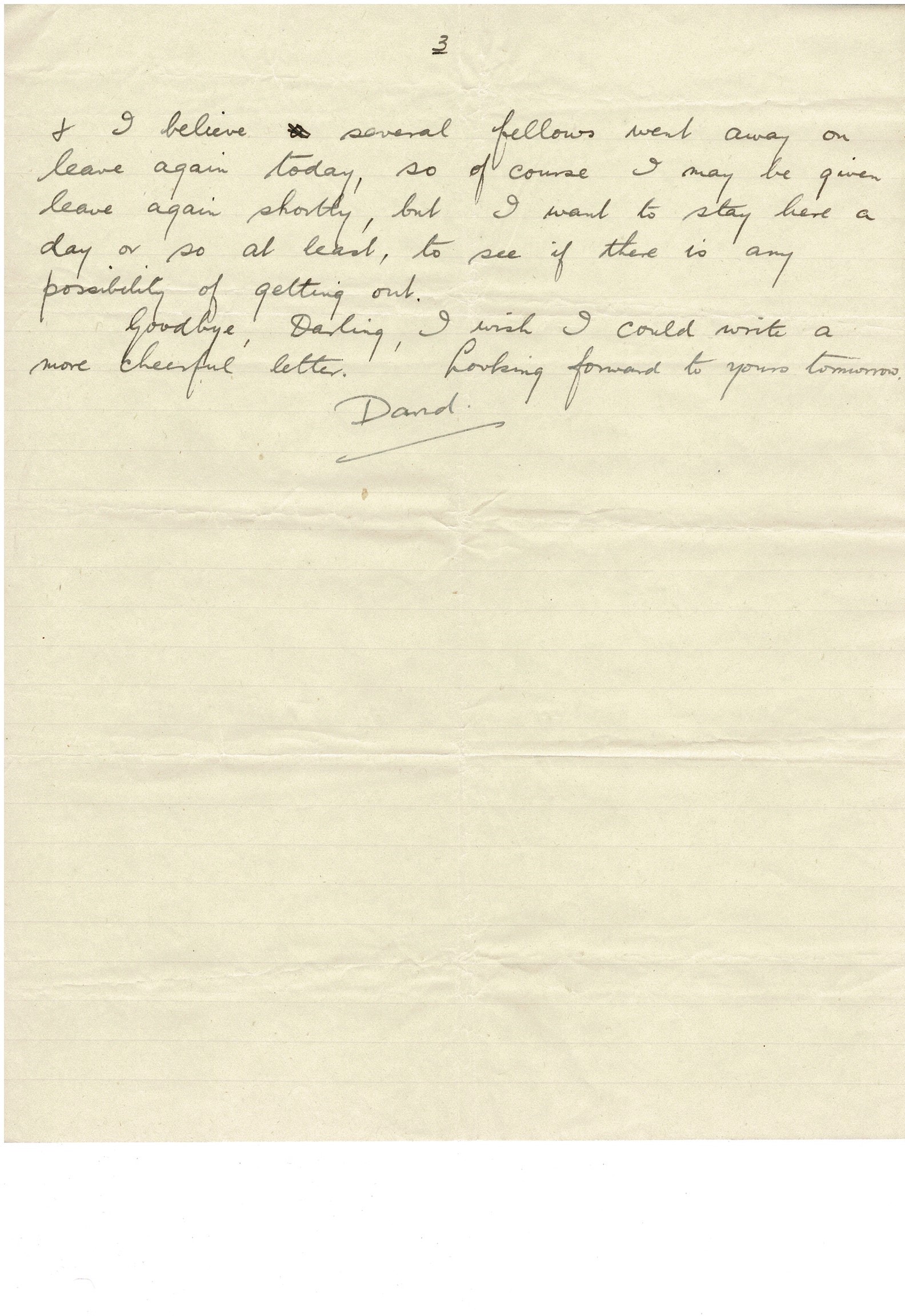 I got down here fairly comfortably, stopped at most stations but eventually arrived at 2.30.

Went along & reported myself & then went straight to the demobilisation officer.

He said no orders had come through yet, but that they were waiting for a list of officers who had volunteered for Germany & had been approved to come from the War Office & as soon as that arrived a batch of us would be sent off that is demobilised. So Heaven knows when I shall get away now that the thing depends on the War Office.

However while I was with them I filled up four different forms, which presumably have to go with me, so that now I am all ready to go at a moments notice, at least, I hope I am.

There is also a list in the mess for officers who wish to be demobilised immediately orders come along, so of course I have put my name down on it.

So having done as much as that, I suppose I must now possess my soul with patience but it takes a big effort.

I am in a billet again, not my old one as the room was taken, so I had to look for another.

This time I have a bedroom & a small sitting room opening off it.

It goes by the grand name of Sea View Terrace, the name being given to it because the back windows look upon the sea wall & over the sea wall is of course the sea.

However I am not satisfied with the place as it is not as clean as it might be, so I hope I shall not be here very long.

I have just had tea & while there I got talking to another man who says that the Garrison Artillery here have restarted demobilising their officers today. So this certainly looks rather more hopeful, as of course we are in the same command & they may get round to us shortly.

At tea I met a man who was captured with me & who I have not seen since. He looks pretty queer having been down with “flu” & only just got back from his leave after Germany.

Of course there is nothing to do down here & I believe several fellows went away on leave again today, so of course I may be given leave again shortly, but I want to stay here a day or so at least, to see if there is any possibility of getting out.

Goodbye, Darling, I wish I could write a more cheerful letter. Looking forward to yours tomorrow.