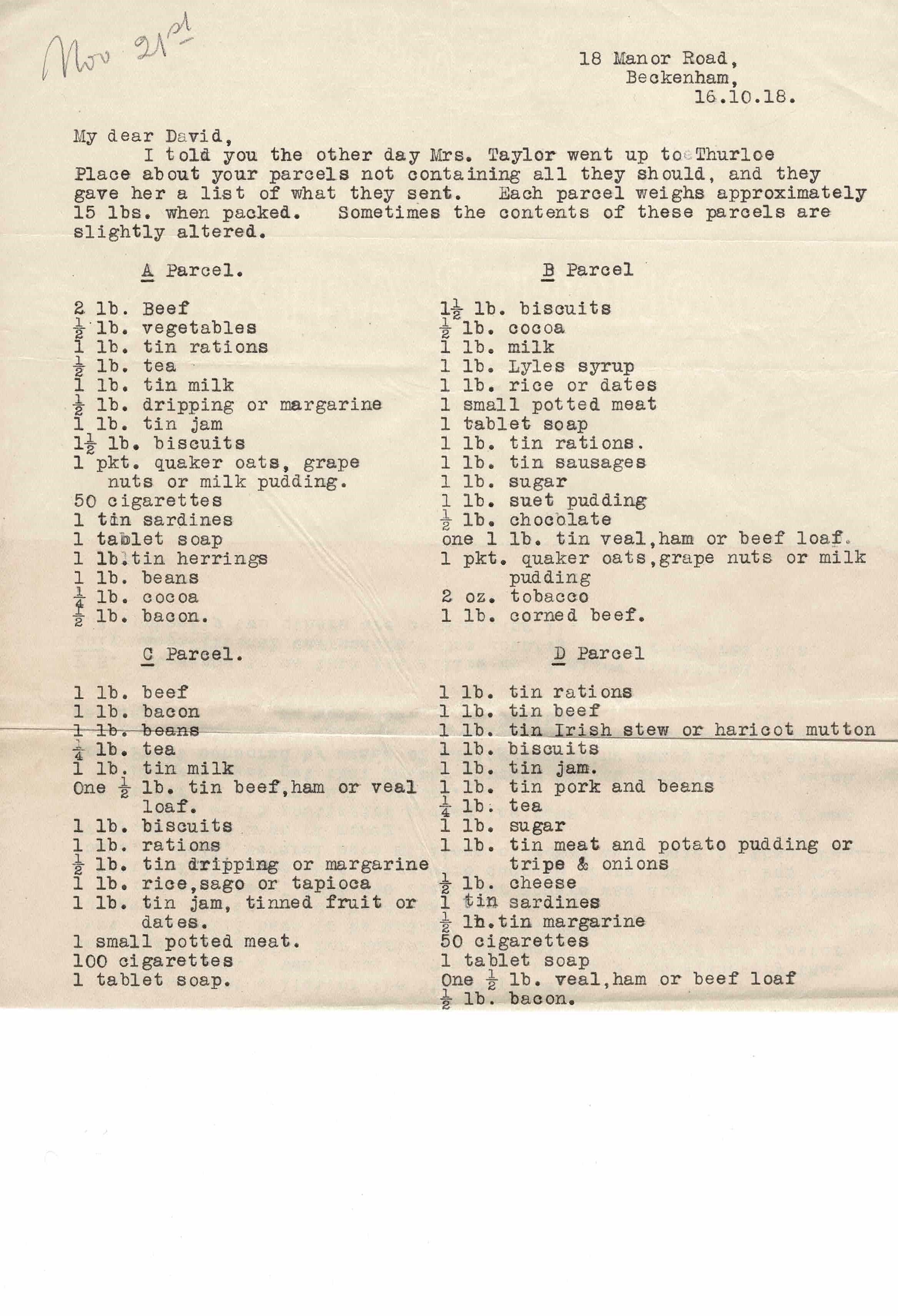 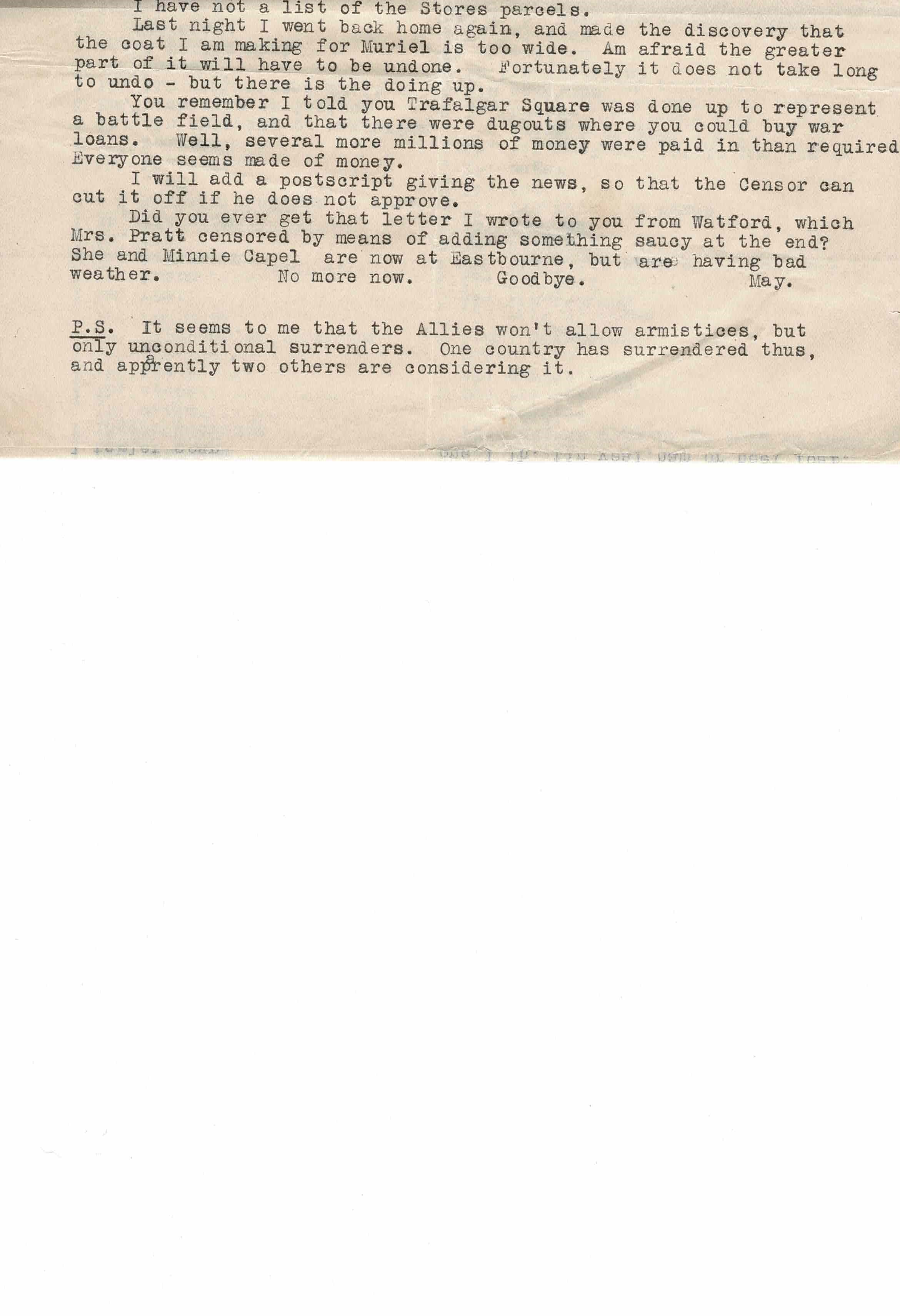 I told you the other day Mrs Taylor went up to Thurloe Place about your parcels not containing all they should, and they gave her a list of what they sent. Each parcel weighs approximately 15 lbs when packed. Sometimes the contents of these parcels are slightly altered.

I have not a list of the Stores parcels.

Last night I went back home again, and made the discovery that the coat I am making for Muriel is too wide. Am afraid the greater part of it will have to be undone. Fortunately it does not take long to undo – but there is the doing up.

You remember I told you Trafalgar Square was done up to represent a battle field, and that were dugouts where you could buy war loans. Well, several more millions of money were paid in than required. Everyone seems to be made of money.

I will add a postscript giving the news, so that the Censor can cut it off if he does not approve.

Did you ever get the letter I wrote to you from Watford, which Mrs Pratt censored by means of adding something saucy at the end? She and Minnie Capel are now at Eastbourne, but are having bad weather.

PS It seems to me that the Allies won’t allow armistices, but only unconditional surrenders. One country has surrendered thus, and apparently two others are considering it.