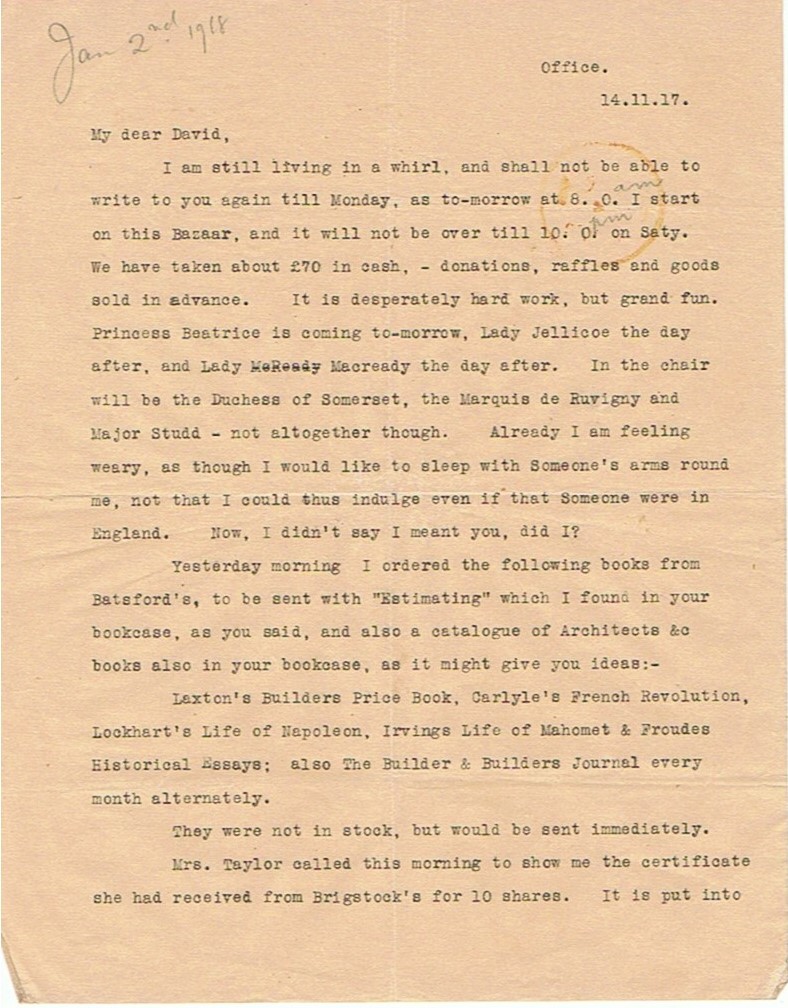 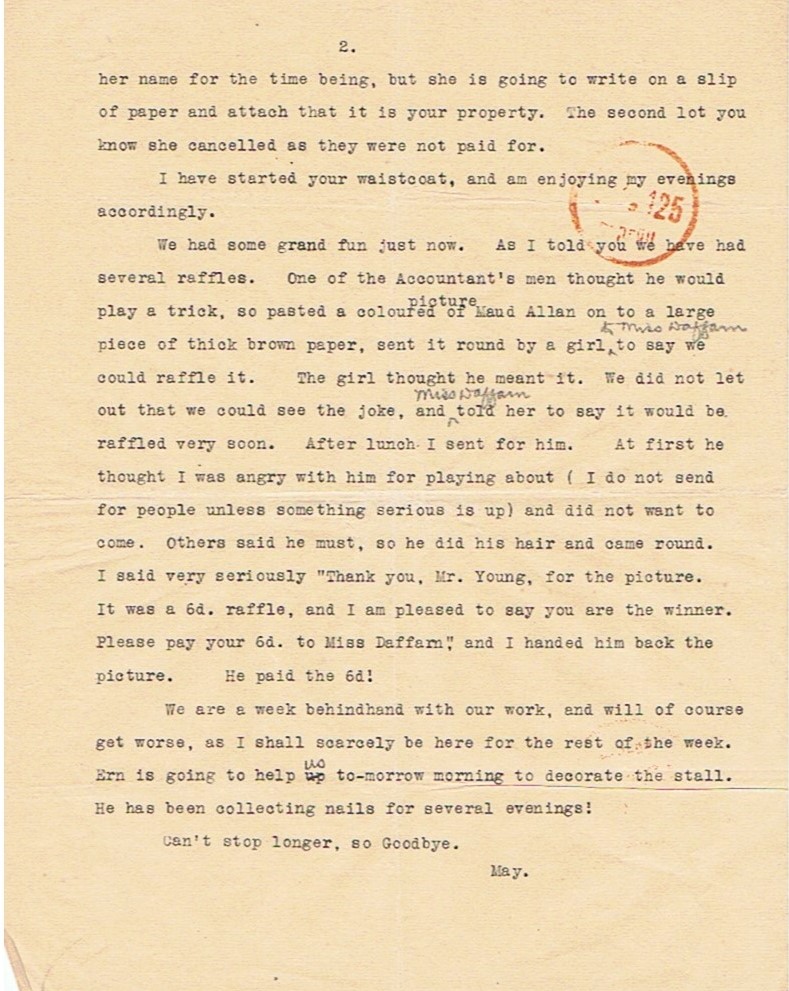 I am still living in a whirl, and shall not be able to write to you again until Monday, as tomorrow at 8.0 am I start on this Bazaar, and it will not be over till 10.0 pm on Saty. We have taken about £70 in cash, – donations, raffles and goods sold in advance. It is desperately hard work, but grand fun. Princess Beatrice is coming tomorrow. Lady Jellicoe the day after, and Lady Macready the day after. In the chair will be the Duchess of Somerset, the Marquis de Ruvigny and Major Studd – not altogether though. Already I am feeling weary, as though I would like to sleep with Someone’s arms round me, not that I could thus indulge even if that Someone were in England. Now, I didn’t say I meant you, did I?

They were not in stock, but would be sent immediately.

Mrs. Taylor called this morning to show me the certificate she had received from Brigstock’s for 10 shares. It is put into her name for the time being, but she is going to write on a slip of paper and attach that is your property. The second lot you know she cancelled as they were not paid for.

I have started your waistcoat, and am enjoying my evenings accordingly.

We had some grand fun just now. As I told you we have had several raffles. One of the Accountant’s men thought he would play a trick, so pasted a coloured picture of Maud Allan on to a large piece of thick brown paper, sent it round by a girl to Mrs Daffarn we could raffle it. The girl thought he meant it. We did not let on that we could see the joke, and Mrs Daffarn told her to say it would be raffled very soon. After lunch I sent for him. At first he thought I was angry with him for playing about (I do not send for people unless something serious is up) and did not want to come. Others said he must, so he did his hair and came round. I said very seriously “Thank you, Mr Young, for the picture. It was a 6d raffle, and I am pleased to say you are the winner. Please pay your 6d to Miss Daffarn”, and I handed him back the picture. He paid the 6d!

We are a week behind with our work, and will of course get worse, as I shall scarcely be here for the rest of the week. Ern is going to help us tomorrow morning to decorate the stall. He has been collecting nails for several evenings!