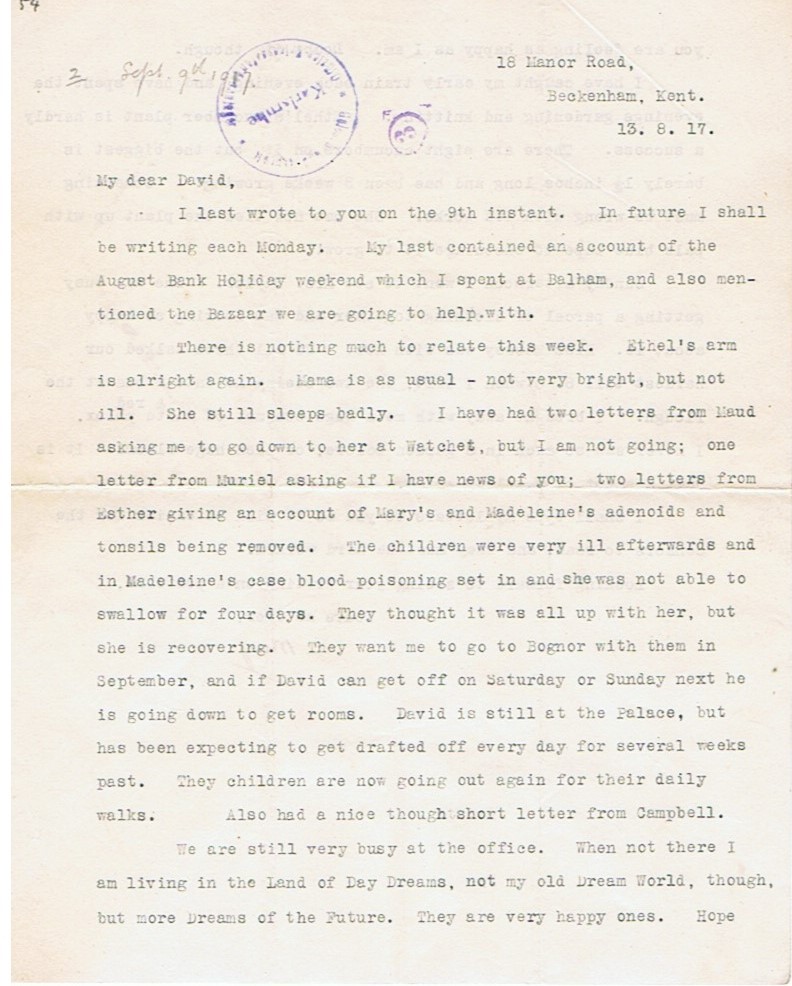 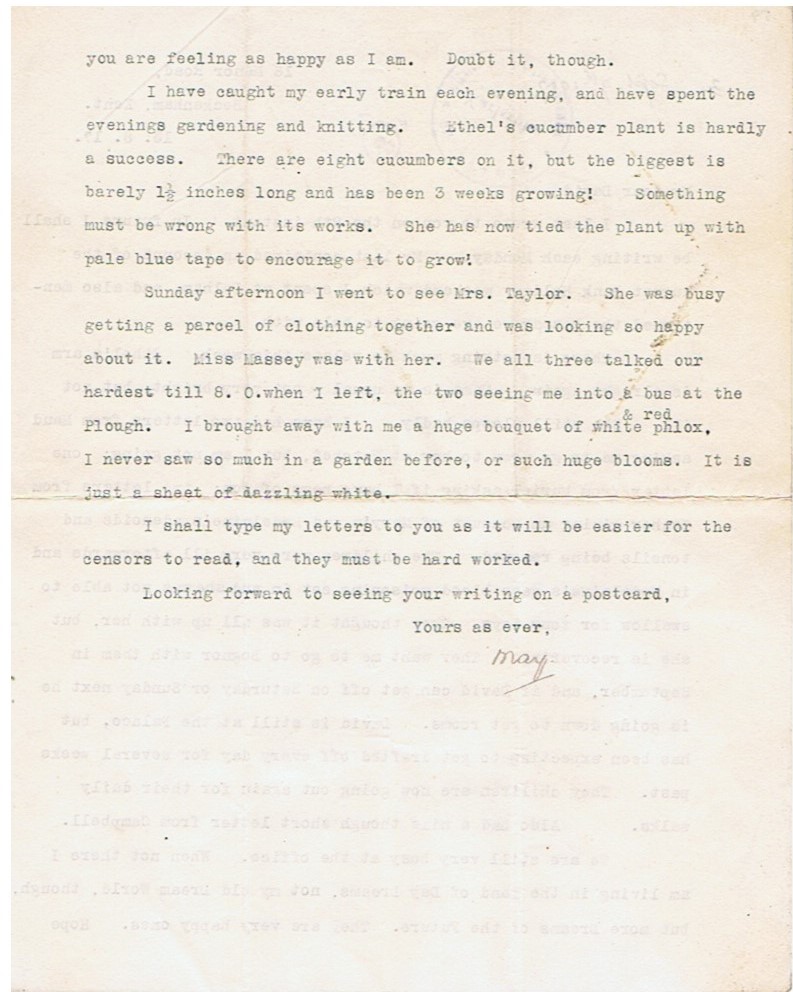 I last wrote to you on the 9th instant. In future I shall be writing each Monday. My last contained an account of the August Bank Holiday weekend which I spent at Balham, and also mentioned the Bazaar we are going to help with.

There is nothing much to relate this week. Ethel’s arm is alright again. Mama is as usual – not very bright, but not ill. She still sleeps badly. I have had two letters from Maud asking me to go down to her at Watchet, but I am not going; one letter from Muriel asking if I have news of you; two letters from Esther giving an account of Mary’s and Madeleine’s adenoids and tonsils being removed. The children were very ill afterwards and in Madeleine’s case blood poisoning set in and she was not able to swallow for four days. They thought it was all up with her, but she is recovering. They want me to go to Bognor with them in September, and if David can get off on Saturday or Sunday next he is going down to get rooms. David is still at the Palace, but has been expecting to get drafted off every day for several weeks past. The children are now going out again for their daily walks. Also had a nice though short letter from Campbell.

We are still very busy at the office. When not there I am living in the Land of Day Dreams, not my old Dream World, though, but more Dreams of the Future. They are very happy ones. Hope you are feeling as happy as I am. Doubt it, though.

I have caught my early train each evening, and have spent the evenings gardening and knitting. Ethel’s cucumber plant is hardly a success. There are eight cucumbers on it, but the biggest one is barely 1 ½ inches long and has been 3 weeks growing! Something must be wrong with its works. She has now tied the plant up with pale blue tape to encourage it to grow!

Sunday afternoon I went to see Mrs Taylor. She was busy getting a parcel of clothing together and was looking so happy about it. Miss Massey was with her. We all three talked our hardest till 8.0 when I left, the two seeing me into a bus at the Plough. I brought away with me a huge bouquet of white and red phlox, I never saw so much in a garden before, or such huge blooms. It is just a sheet of dazzling white.

I shall type my letters to you as it will be easier for the censors to read, and they must be hard worked.

Looking forward to seeing your writing on a postcard,