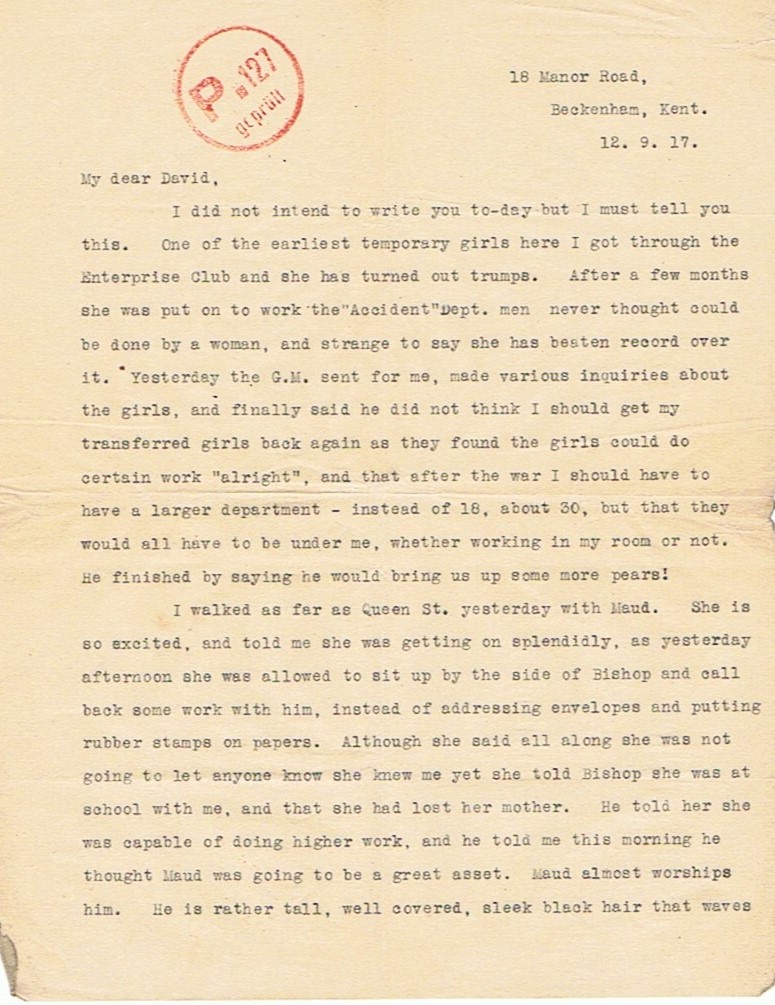 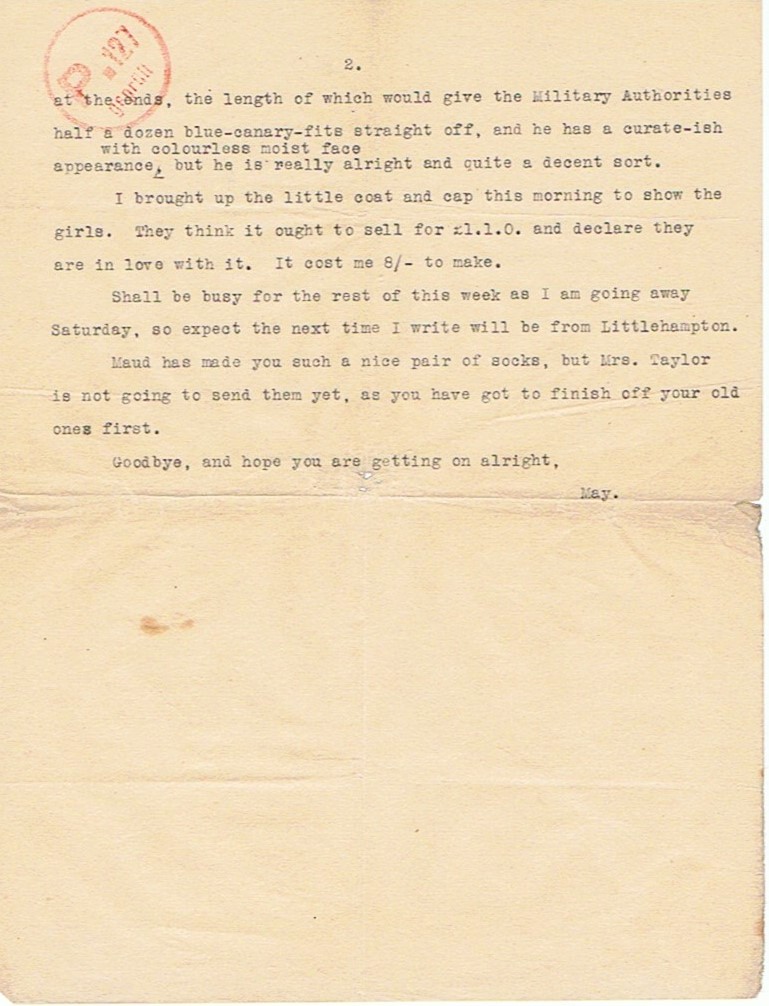 I did not intend to write you to-day but I must tell you this. One of the earliest temporary girls here I got through the Enterprise Club and she has turned out trumps. After a few months she was put on to work the “Accident” Dept. men never thought could be done by a woman, and strange to say she has beaten record over it. Yesterday the G.M. sent for me, made various inquiries about the girls, and finally said he did not think I should get my transferred girls back again as they found the girls could do certain work “alright”, and that after the war I should have to have a larger department – instead of 18, about 30, but that they would all have to be under me, whether working in my room or not. He finished by saying he would bring us up some more pears!

I walked as far as Queen St. yesterday with Maud. She is so excited, and told me she was getting on splendidly, as yesterday afternoon she was allowed to sit up by the side of Bishop and call back some work with him, instead of addressing envelopes and putting rubber stamps on papers. Although she said all along she was not going to let anyone know she knew me yet she told Bishop she was at school with me, and that she had lost her mother. He told her she was capable of doing higher work, and he told me this morning he thought Maud was going to be a great asset. Maud almost worships him. He is rather tall, well covered, sleek black hair that waves at the ends, the length of which would give the military Authorities half a dozen blue-canary-fits straight off, and he has a curate-ish appearance with colourless moist face, but he is really alright and quite a decent sort.

I brought up the little coat and cap this morning to show the girls. They think it ought to sell for £1.1.0 and declare they are in love with it. It cost me 8/- to make.

Shall be busy for the rest of this week as I am going away Saturday, so expect the next time I write will be from Littlehampton.

Maud has made you such a nice pair of socks, but Mrs Taylor is not going to send them yet, as you have got to finish off your old ones first.

Goodbye, and hope you are getting on alright,