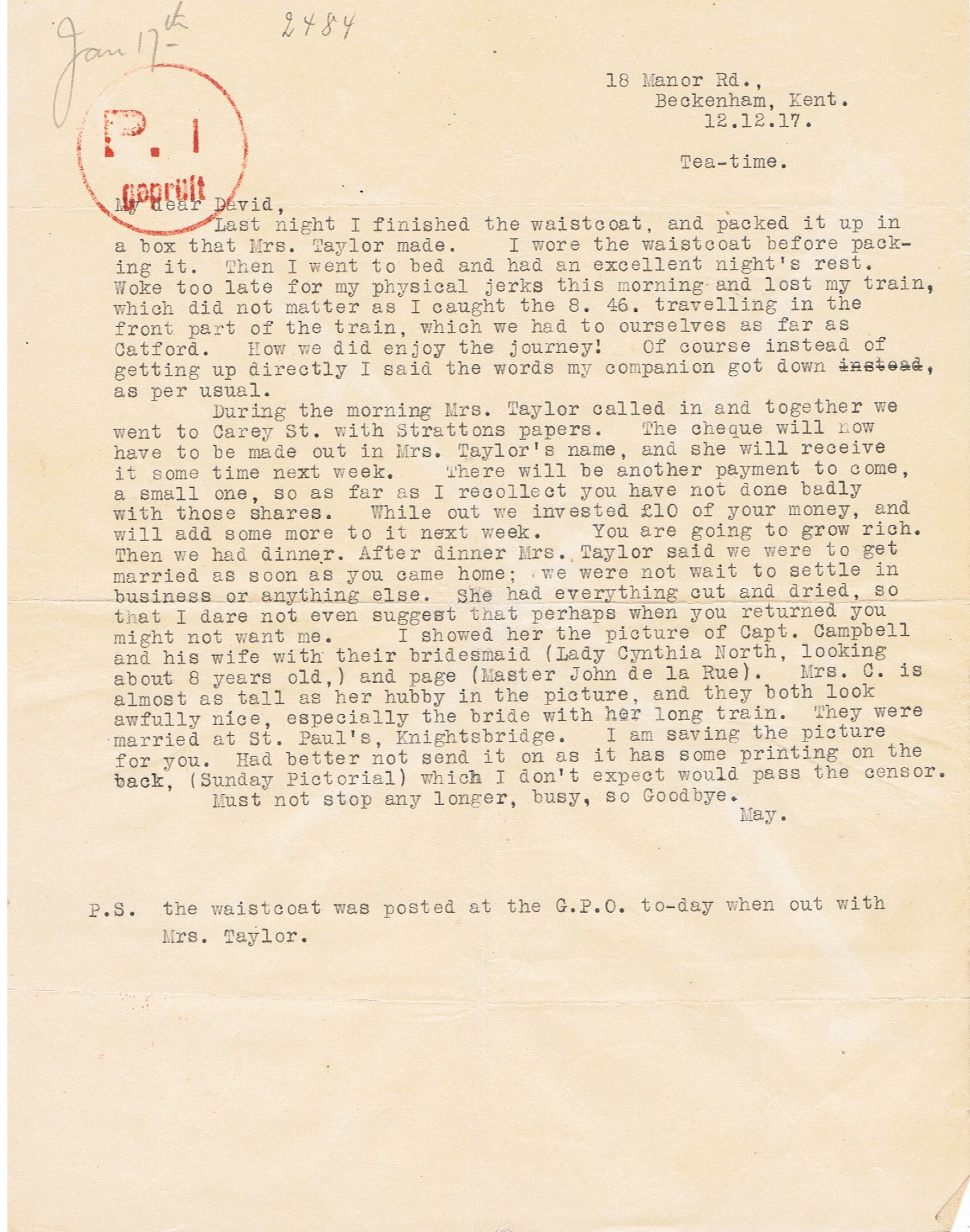 May to David Beckenham 12.12.17
My dear David,
Last night I finished the waistcoat, and packed it up in a box that Mrs Taylor made. I wore the waistcoat before packing it. Then I went to bed and had an excellent night’s rest. Woke too late for my physical jerks this morning and lost my train, which did not matter as I caught the 8.46 travelling in the front part of the train, which we had to ourselves as far as Catford. How we did enjoy the journey! Of course instead of getting up directly I said the words my companion got down, as per usual.
During the morning Mrs Taylor called in and together we went to Carey St with Strattons papers. The cheque will now have to be made out in Mrs Taylor’s name, and she will receive it some time next week. There will be another payment to come, a small one, so as far as I recollect you have not done badly with those shares. While out we invested £10 of your money, and will add some more to it next week. You are going to grow rich. Then we had dinner. After dinner Mrs Taylor said we were to get married as soon as you come home; we were not to wait to settle in business or anything else. She had everything out and dried, so that I dare not even suggest that perhaps when you returned you might not want me. I showed her the picture of Capt Campbell and his wife with their bridesmaid (Lady Cynthia North, looking about 8 years old) and page (Master John de la Rue). Mrs C. Is almost as tall as her hubby in the picture, and they both look awfully nice, especially the bride with her long train. They were married at St Paul’s, Knightsbridge. I am saving the picture for you. Had better not send it on as it has some printing on the back, (Sunday Pictorial) which i don’t expect would pass the censor.
Must not stop any longer, busy, so Goodbye.
May
P.S. the waistcoat was posted at the G.P.O. today when I went out with Mrs Taylor.