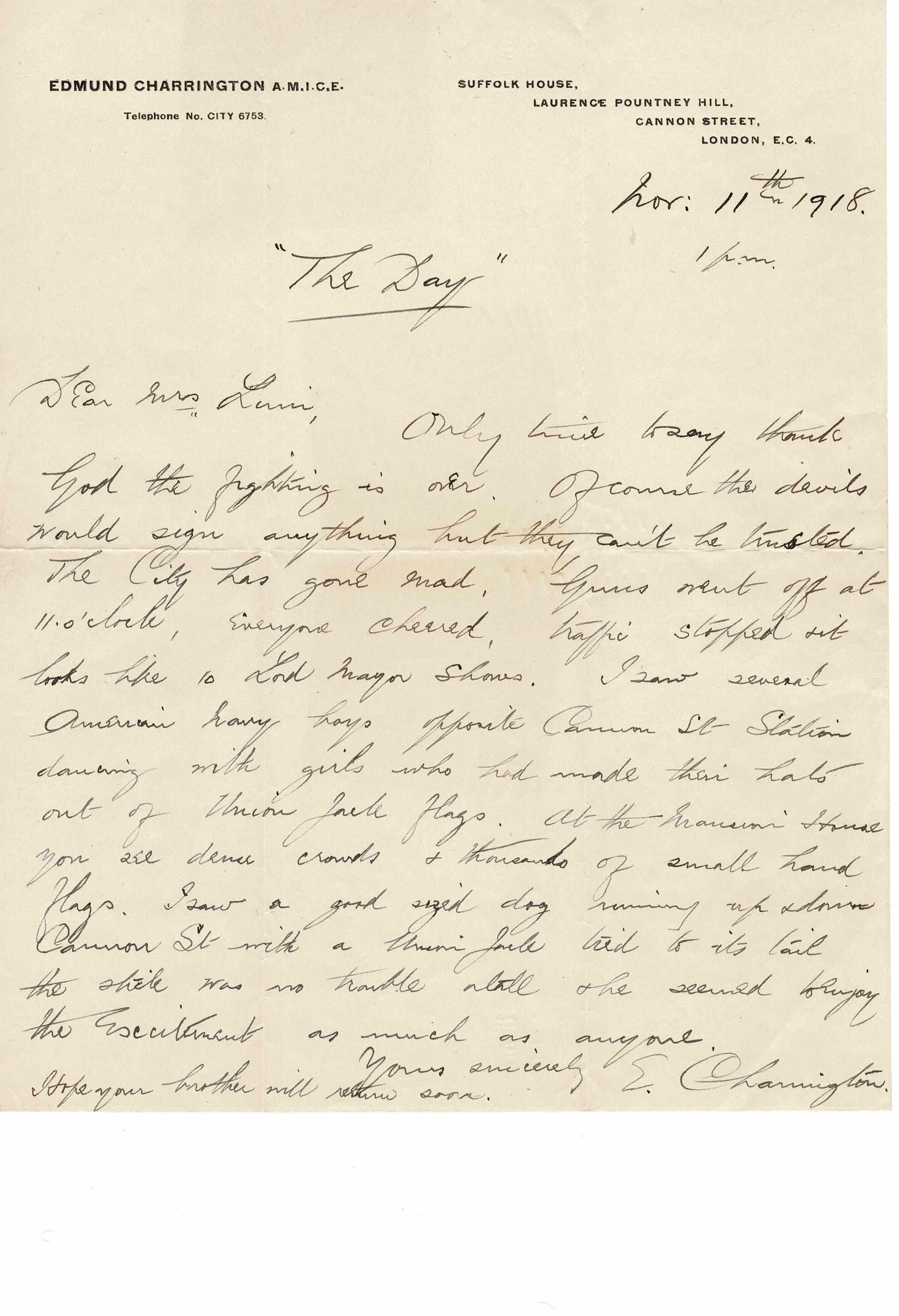 Only time to say thank God the fighting is over. Of course the devils would sign anything but they can’t be trusted. The City has gone mad. Guns went off at 11 o’clock, everyone cheered, traffic stopped & it looks like 10 Lord Mayor Shows. I saw several American Navy boys opposite Cannon St Station dancing with girls who had made their hats out of Union Jack flags. At the Mansion House you see dense crowds & thousands of small hand flags. I saw a good sized dog running up & down Cannon St with a Union Jack tied to its tail the stick was no trouble at all & he seemed to enjoy the excitement as much as anyone.

Hope you brother will return soon.