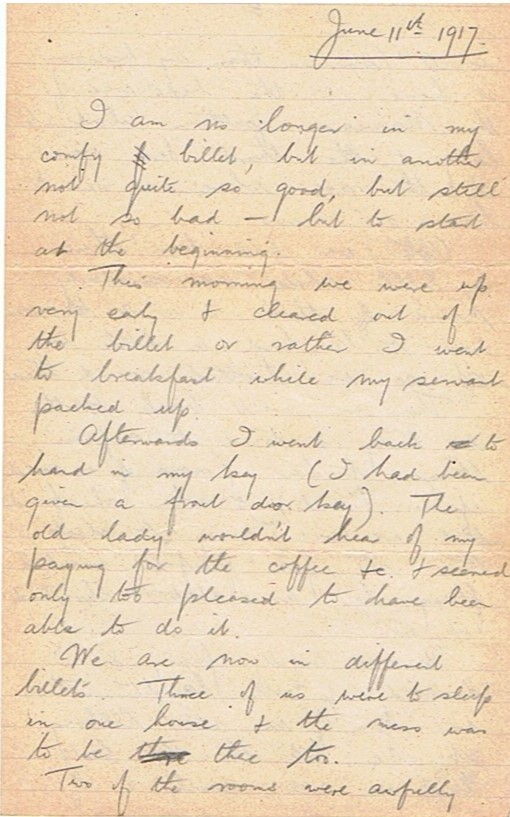 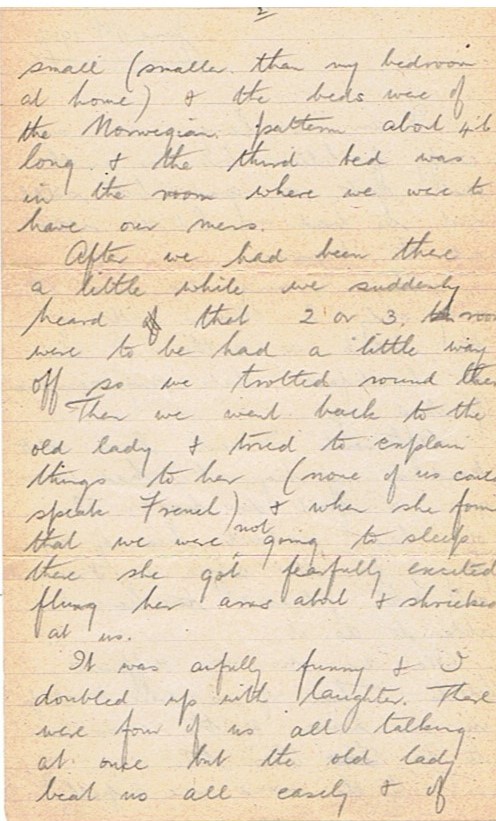 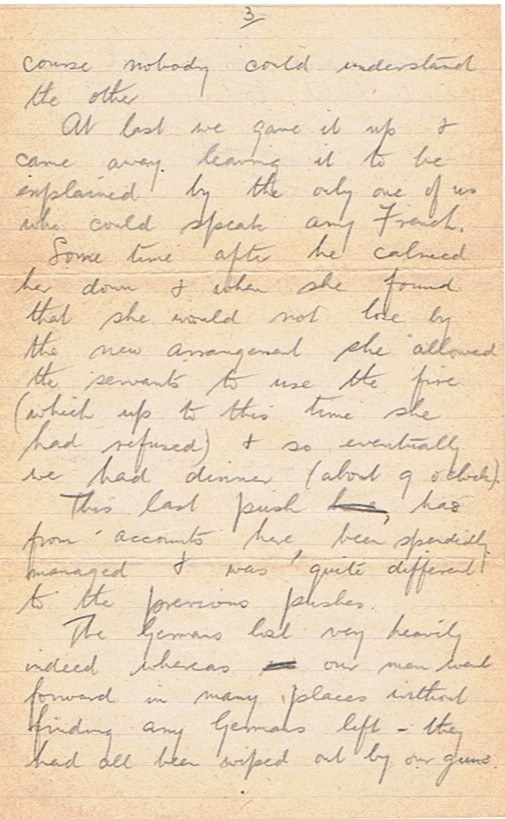 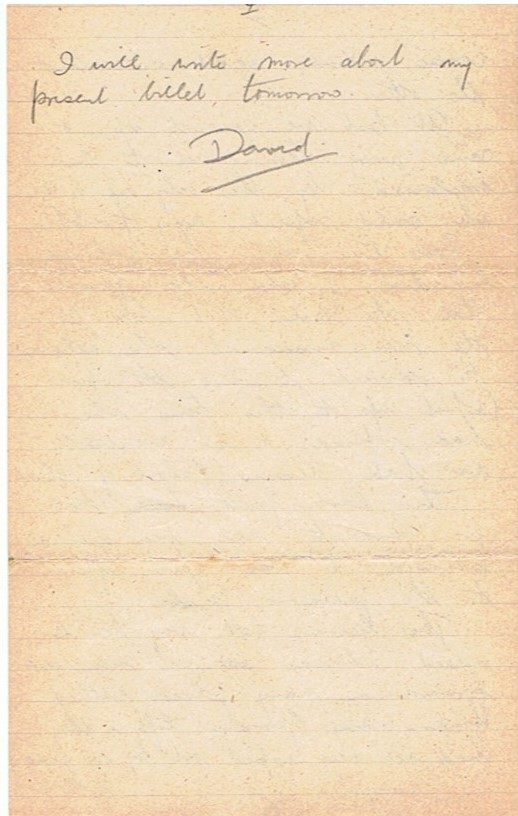 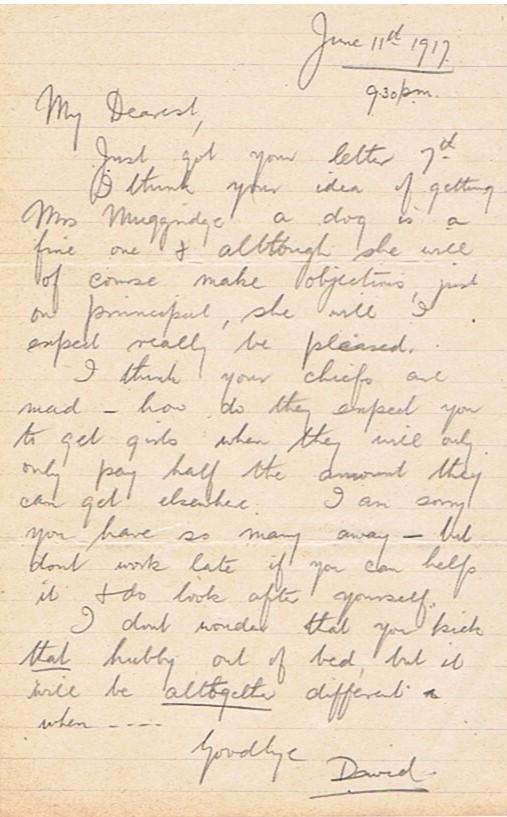 I am no longer in my comfy billet, but in another not quite so good, but still not so bad – but to start at the beginning.

This morning we were up very early and cleared out of the billet or rather I went to breakfast while my servant packed up.

Afterwards I went back to hand in my key (I had been given a front door key). The old lady wouldn’t hear of my paying for the coffee etc. and seemed only too pleased to have been able to do it.

We are now in different billets. Three of us were to sleep in one house and the mess was to be there too. Two of the rooms were awfully small (smaller than my bedroom at home) and the beds were of the Norwegian pattern about 4′ 6″ long and the third bed was in the room where we were to have our mess.

After we had been there a little while we suddenly heard that 2 or 3 rooms were to be had a little way off so we trotted round there.

Then we went back to the old lady and tried to explain things to her (none of us could speak French) and when she found that we were not going to sleep there she got fearfully excited flung her arms about and shrieked at us.

It was awfully funny and I doubled up with laughter. There were four us all talking at once but the old lady beat us all easily and of course nobody could understand the other. At last we gave it up and came away leaving it to be explained by the only one of us who could speak any French. Some time after he calmed her down and when she found that she would not lose by the new arrangement she allowed the servants to use the fire (which up to this time she had returned) and so eventually we had dinner (about 9 o’clock).

This last push has from accounts here, been splendidly managed and was quite different to the previous pushes. The Germans lost very heavily indeed whereas our men went forward in many places without finding any Germans left – they had all been wiped out by our guns.

I will write more about my present billet tomorrow.

Just got your letter 7th.

I think your idea of getting Mrs Muggridge a dog is a fine one and although she will of course make objections, just on principal, she will I expect really be pleased.

I think your chiefs are mad – how do they expect you to get girls when they will only pay half the amount they can get elsewhere. I am sorry you have so many away – but don’t work late if you can help.

I don’t wonder that you kick that hubby out of bed, but it will be altogether different when….