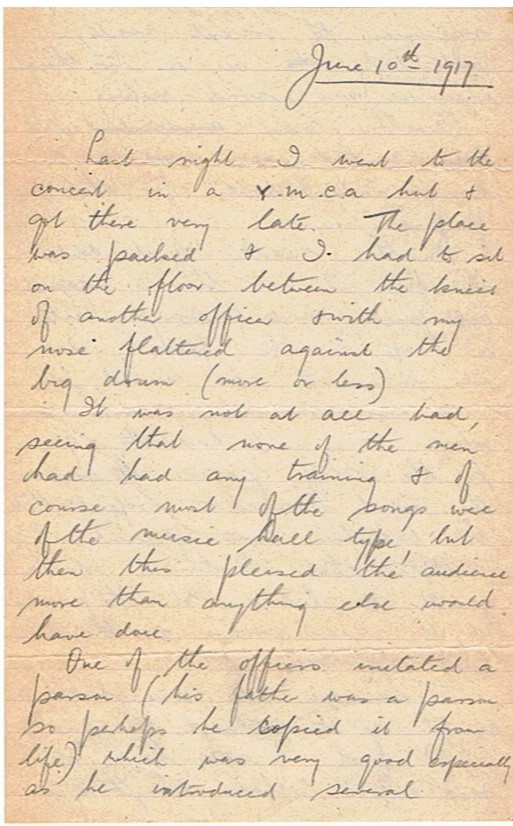 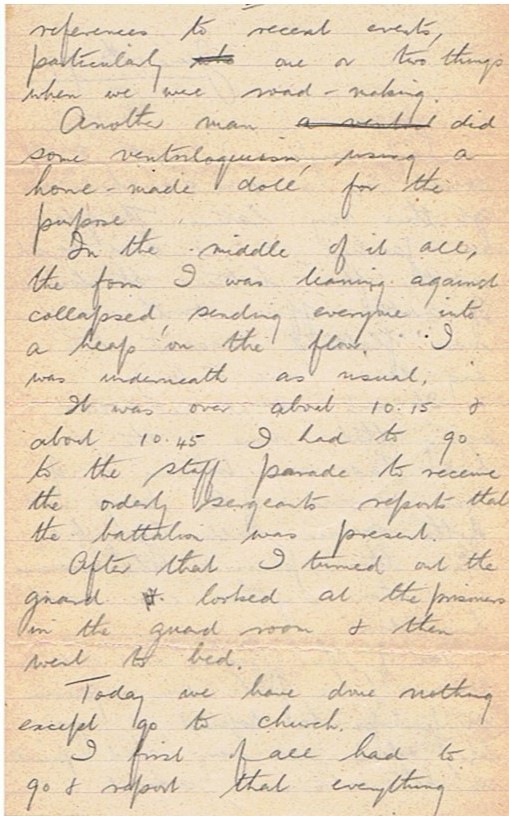 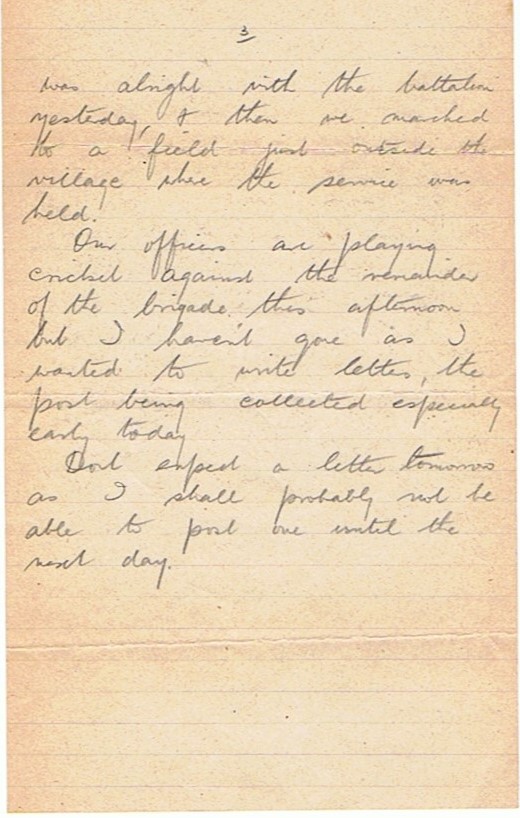 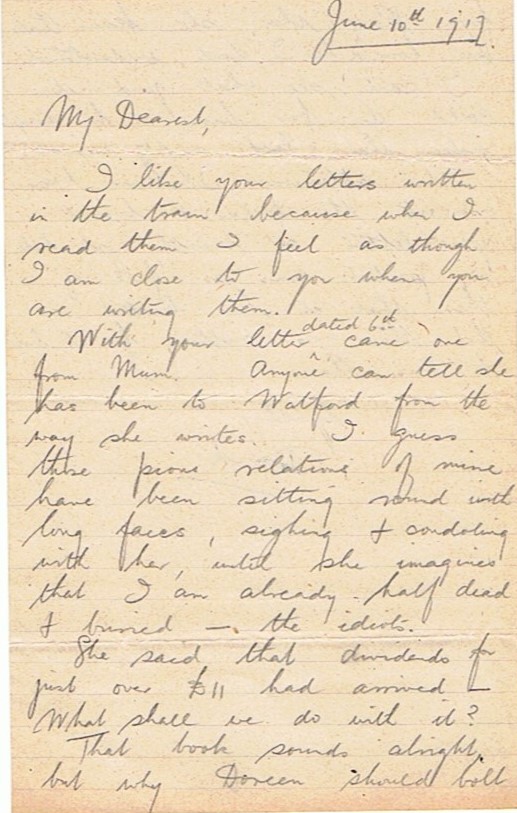 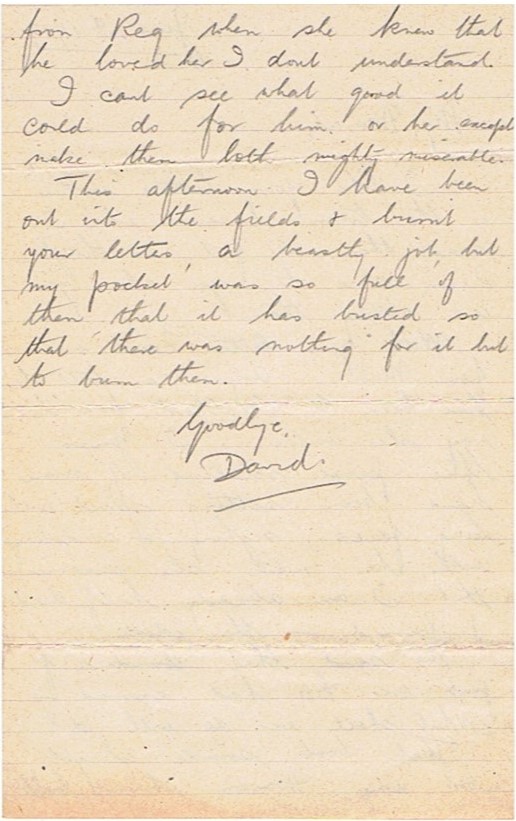 Last night I went to the concert in a Y.M.C.A. hut and got there very late. The place was packed and I had to sit on the floor between the knees of another officer and with my nose flattened against the big drum (more or less).

It was not at all bad, seeing that none of the men had had any training and of course most of the songs were of the music hall type, but then this pleased the audience more than anything else would have done.

One of the officers imitated a parson (his father was a parson so perhaps he copied it from life) which was very good especially as he introduced several references to recent events, particularly one or two things when we were road-making.

Another man did some ventriloquism, using; a home-made doll for the purpose.

In the middle of it all, the form I was leaning against collapsed, sending everyone into a heap on the floor. I was underneath as usual.

It was over about 10.15 and about 10.45 I had to go to the staff parade to receive the orderly sergeants reports that the battalion was present.

After that I turned out the guard looked at the prisoners in the guard room and then went to bed.

Today we have done nothing except go to church, I first of all had to go and report that everything was alright with the battalion yesterday, and then we marched to a field just outside the village where the service was held.

Our officers are playing cricket against the remainder of the brigade this afternoon but I haven’t gone as I wanted to write letters, the post being collected especially early today.

Don’t expect a letter tomorrow as I shall probably not be able to post one until the next day.

I like your letters written in the train because when I read them I feel as though I am close to you when you are writing them.

With your letter dated 6th came one from Mum. Anyone can tell she has been to Watford from the way she writes. I guess those pious relatives of mine have been sitting round with long faces, sighing and condoling with her, until she imagines that I am already half dead and buried – the idiots.

She said that dividends for just over £11 had arrived – what shall we do with it?

That book sounds alright, but why Doreen should bolt from Reg when she knew that he loved her I don’t understand. I can’t see what good it could do for him or her except make them both mighty miserable.

This afternoon I have been out into the fields and burnt your letters, a beastly job, but my pocket was so full of them that it has busted so that there was nothing for it but to burn them.