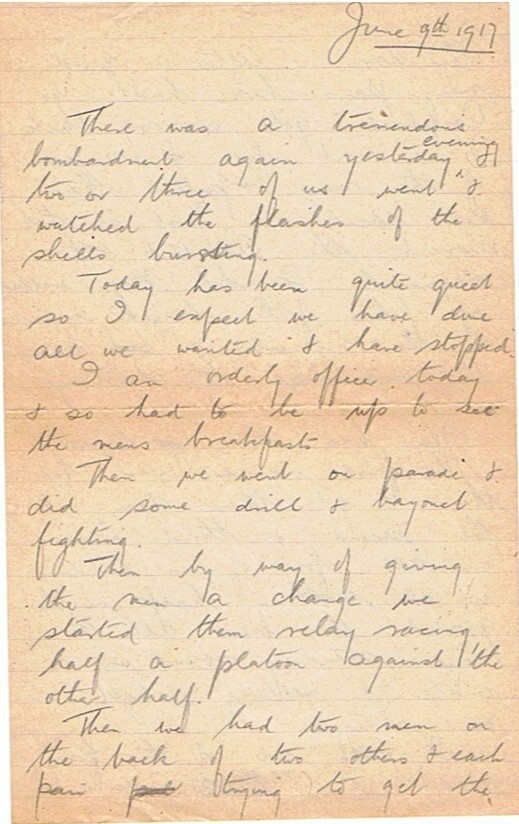 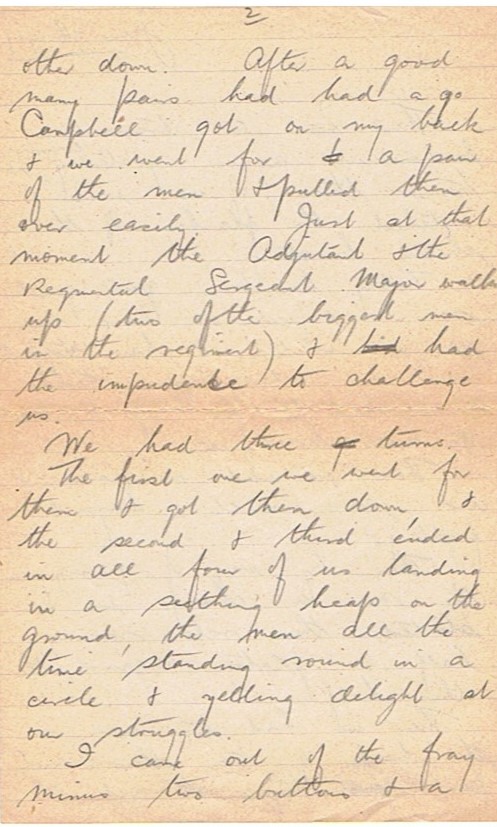 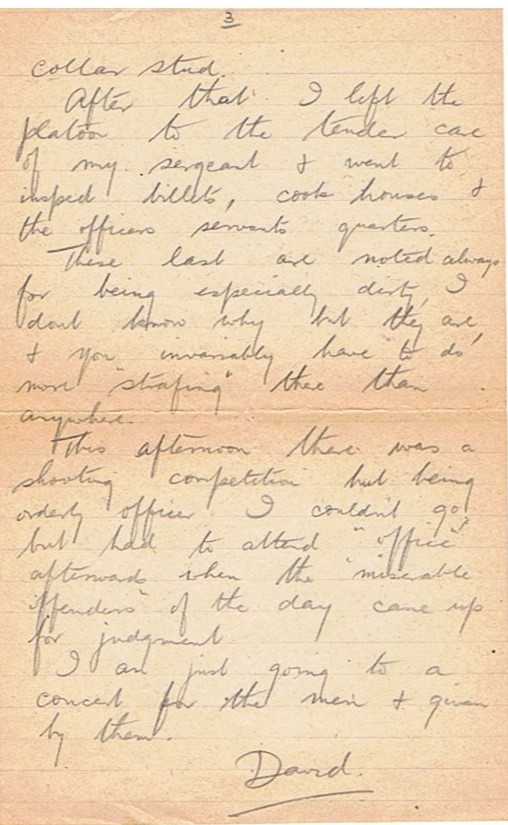 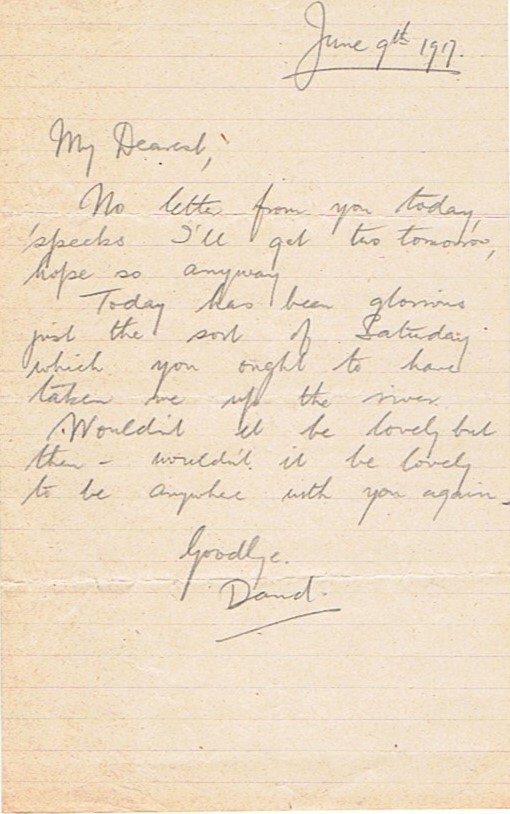 There was a tremendous bombardment again yesterday evening and two or three of us went and watched the flashes of the shells bursting.

Today has been quite quiet so I expect we have done all we wanted and have stopped.

I am orderly officer today and so had to be up to see the men’s breakfasts.

Then we went on parade and did some drill and bayonet fighting. Then by way of giving the men a change we started them relay racing half a platoon against the other half.

Then we had two men on the back of two others and each pair trying to get the other down. After a good many pairs had had a go Campbell got on my back and we went for a pair of the men and pulled them over easily. Just at that moment the Adjutant and the Regimental Sergeant Major walked up (two of the biggest men in the regiment) and had the impudence to challenge us.

We had three turns. The first one we went for them and got them down and the second and third ended in all four of us landing in a seething heap on the ground, the men all the time standing round in a circle and yelling delight at our struggles.

I came out of the fray minus two buttons and a collar stud.

After that I left the platoon to the tender care of my sergeant and went to inspect billets, cook houses and the officers servants quarters. These last are noted always for being especially dirty, I don’t know why but they are, and you invariably have to do more “Strafing” there than anywhere.

This afternoon there was a shooting competition but being orderly officer I couldn’t go, but had to attend “office” afterwards when the miserable offenders of the day came up for judgment.

I am just going to a concert for the men and given by them.

No letter from you today, ‘specks I’ll get two tomorrow, hope so anyway.

Today has been glorious just the sort of Saturday which you ought to have taken me up the river.