OTC Sunday is a day of rest

OTC Sunday is a day of rest 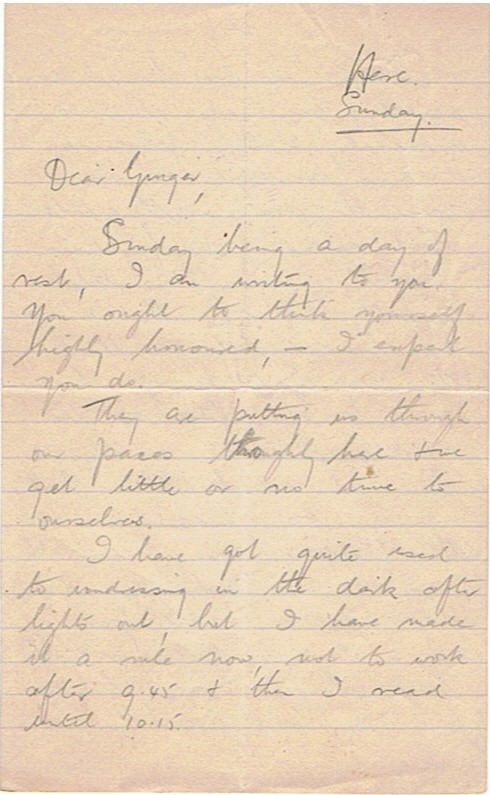 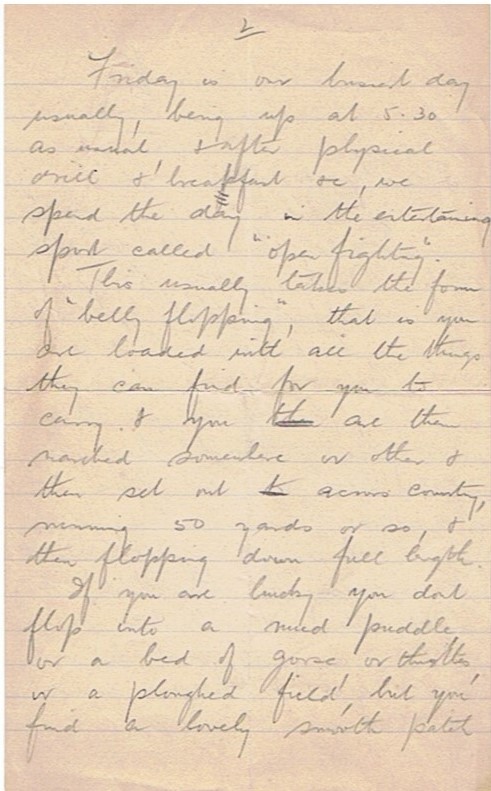 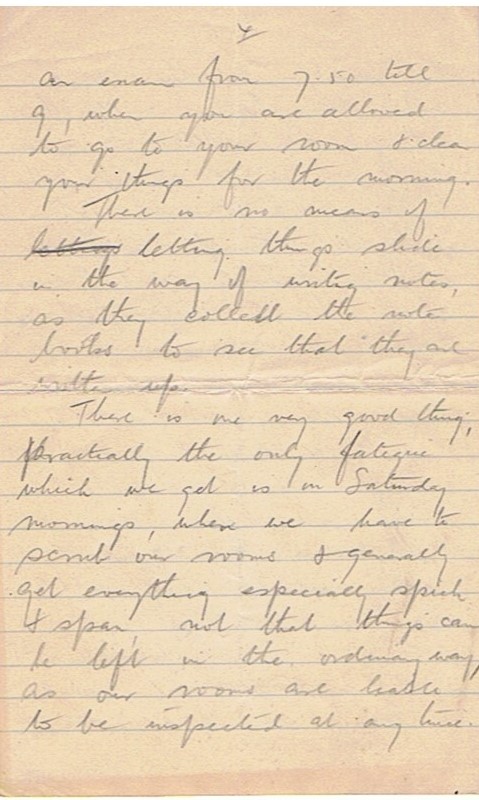 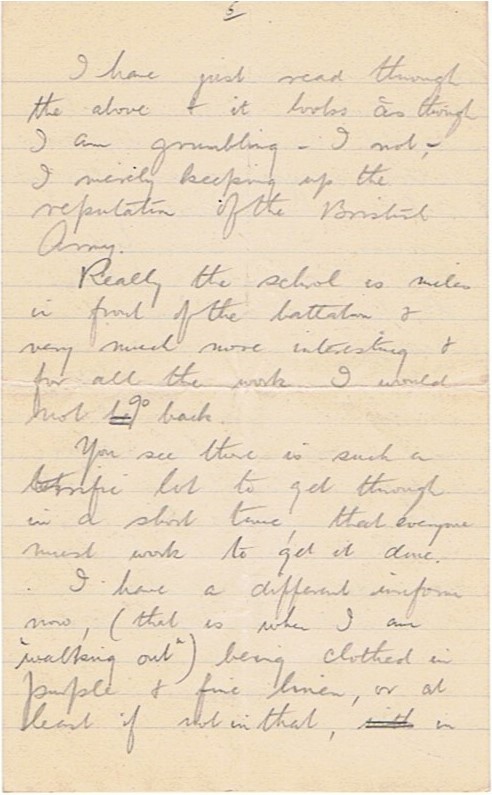 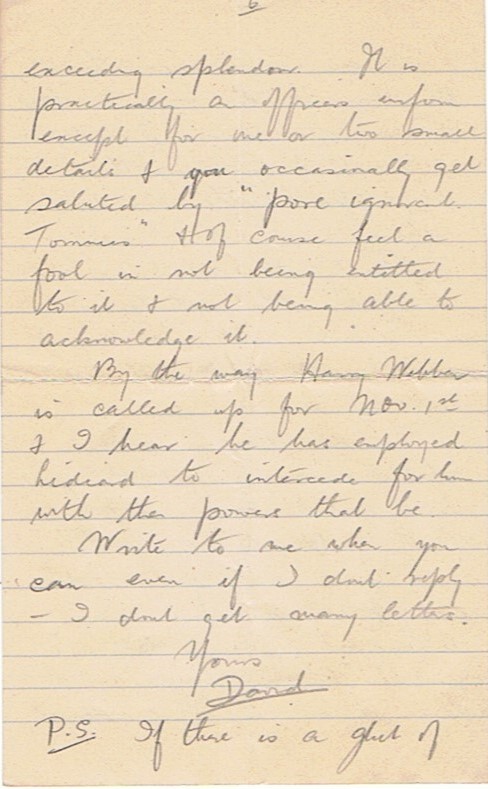 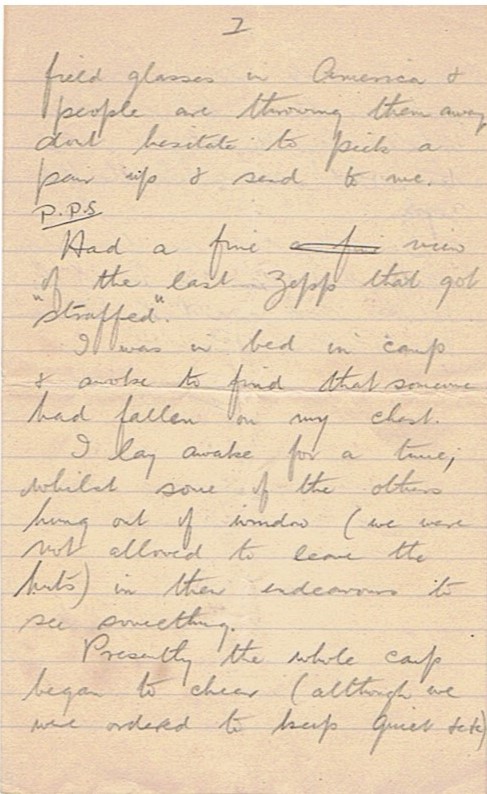 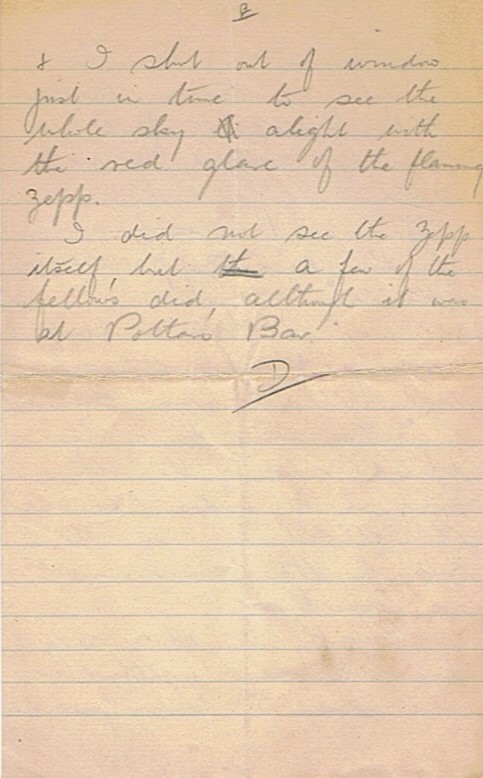 Sunday being a day of rest, I am writing to you. You ought to think yourself highly honoured – I expect you do.

They are putting us through our paces thoroughly here and get little or no time to ourselves.

I have got quite used to undressing in the dark after lights out, but I have made it a rule now not to work after 9.45 and then I read until 10.15.

Friday is our busiest day usually, being up at 5.30 as usual, and after physical drill and breakfast etc, we spend the day on the entertaining sport called “open fighting”.

This usually takes the form of “belly flopping”, that is you are loaded  with all the things they can find for you to carry and you are then marched somewhere or other and then set out across country, running 50 yards or so, and then flopping down full length.

If you are lucky you don’t flop into a mud puddle, or a bed of gorse, or thistles, or a ploughed field, but you find a lovely smooth patch of grass – but then you are not often lucky. You then get up, run another 50 yards and flop again and so on, and then to vary the monotony of this, scramble through a hedge or two, leaving most of your skin, hair, clothes etc behind, and taking most of the hedge with you, or else you fall into a ditch.

After all this you come back just after 4 o’clock and get paid your princely salary, which a grateful government allows you.

Dinner at 6.20 and then an exam from 7.50 till 9, when you are allowed to go to your room and clean your things for the morning.

There is no means of letting things slide in the way of writing notes, as they collect the note books to see that they are written up.

There is one very good thing, practically the only fatigue which we get is on Saturday mornings, when we have to scrub our rooms and generally get everything especially spick and span, not that things can get left in the ordinary way, as our rooms are liable to be inspected at any time.

I have just read through the above and it looks as though I am grumbling – I am not – I merely keeping up the reputation of the British Army.

Really the school is miles in front of the battalion and very much more interesting and for all the work I would not go back.

You see there is such a terrific lot to get through in a short time,  that everyone must work to get it done.

I have a different uniform now (that is when I am 2Walking out”) being clothed in purple and fine linen, or at least if not in that, in exceeding splendour. It is practically an officers uniform except for one or two small details and you occasionally get saluted by “poor ignorant Tommies” and of course feel a fool in not being entitled to it and not being able to acknowledge it.

By the way Harry Webber is called up for Nov 1st and I hear he has employed Lidiard to intercede for him with the powers that be.

Write to me when you can even if I don’t reply – I don’t get many letters.

PS If there is a glut of field glasses in America and people are throwing them away, don’t hestitate to pick a pair up and send to me.

PPS Had a fine view of the last Zepp that got “straffed”.

I was in bed in camp and awoke to find that someone had fallen on my chest.

I lay awake for a time, whilst some of the others hung out of the window (we were not allowed to leave the huts) in their endeavours to see something.

Presently the whole camp began to cheer (although we were ordered to keep quiet etc etc) and I shot out of the window just in time to see the whole sky alight with the red glare of the flaming Zepp.

I did not see the Zepp itself, but a few of the fellows did, although it was at Potters Bar.