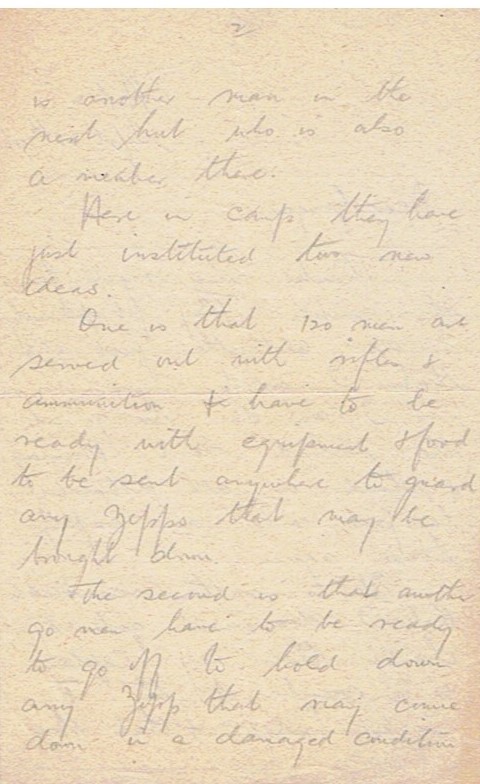 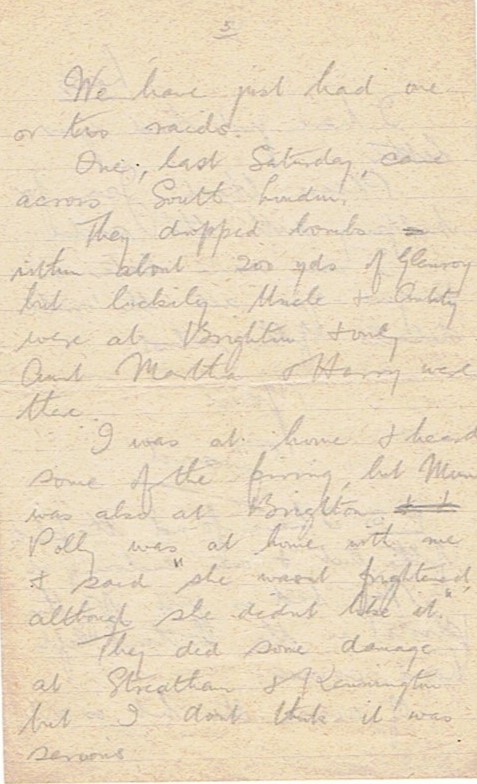 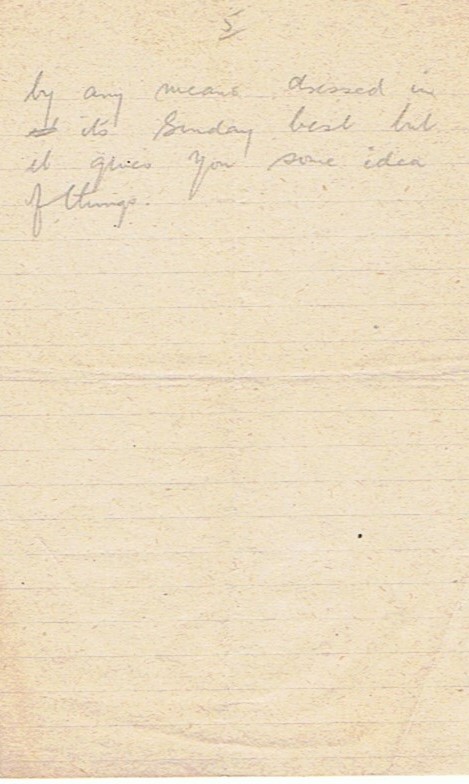 Thanks very much for the socks. They fit splendidly and are altogether just all that I want.

I am due to go into the school next Monday and shall in all probability be put into an empty house again.

It is rather remarkable that I discovered quite by chance that my Captain is a member of the T Square Lodge and that there is another man in the next hut who is also a member there.

Here in camp they have just instituted two new ideas.

One is that 120 men are served out with rifles and ammunition and have to be ready with equipment and food to be sent anywhere to guard any Zepps that may be brought down.

The second is that another 90 men have to be ready to go off to hold down any Zepp that may come down in a damaged condition.

We have just had one or two raids.

They dropped bombs within about 200 yards of Glen Roy but luckily Uncle and Aunty were at Brighton and only Aunt Martha and Harry were there.

I was at home and heard some of the firing, but Mum was also at Brighton. Polly was at home with me and said “she wasn’t frightened although she didn’t like it.”

They did some damage at Streatham and Kennington but I don’t think it was serious.

I have just had your letter.
Please thank Jean for helping with the socks.
I will write later on and give you all the ‘orrible details of the school.

PS I have found the photo of the hut and am enclosing it. My bed is just off the photo in the bottom left hand corner.

Of course the hut is not by any means dressed in its Sunday best but it gives you some idea of things.