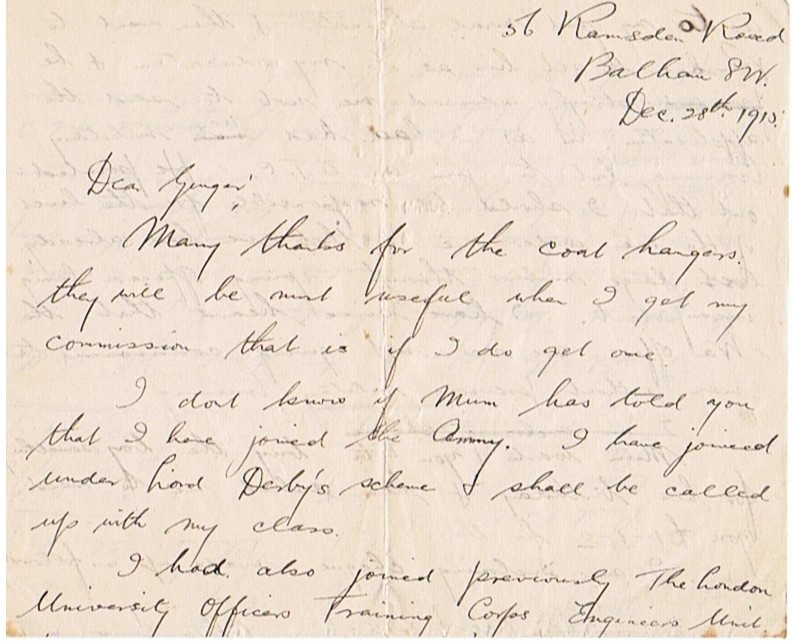 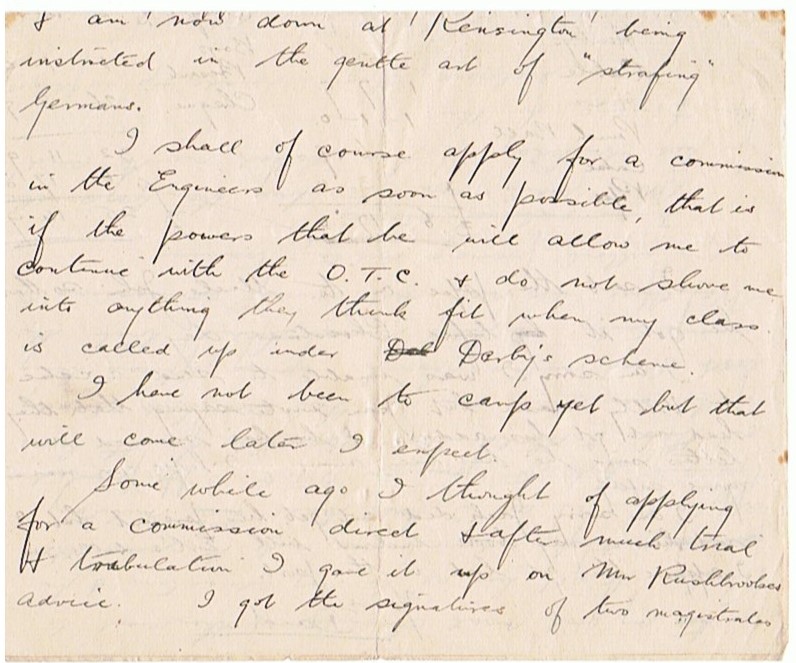 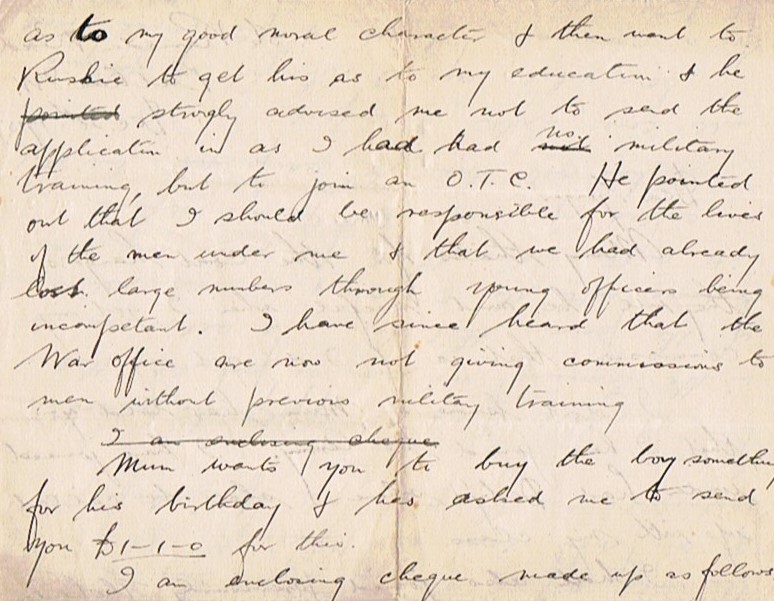 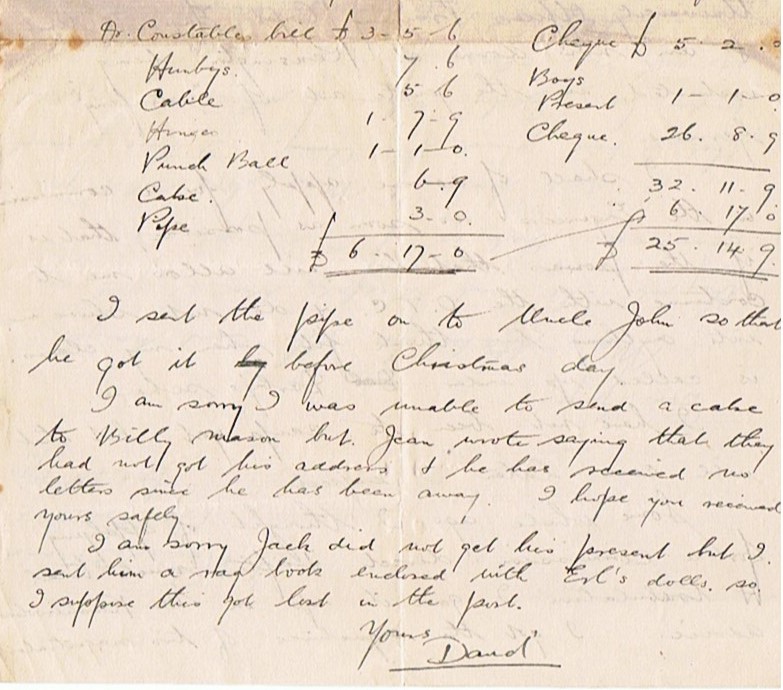 Dear Ginger,
Many thanks for the coat hangers, they will be most useful when I get my commission, that is if I do get one.
I don’t know if Mum has told you that I have joined the Army. I have joined under Lord Derby’s scheme and shall be called up with my class.
I had also joined previously The London University Officers Training Corps Engineers Unit and I am now down at Kensington being instructed in the gentle art of “strafing” Germans.
I shall of course apply for a commission in the Engineers as soon as possible, that is if the powers that be will allow me to continue with the O.T.C. and do not shove me into anything they think fit when my class is called up under Derby’s scheme.
I have not been to camp yet but that will come later I expect.
Some while ago I thought of applying for a commission direct and after much trial and tribulation I gave it up on Mr Rushbrooke’s advice. I got the signatures of two magistrates as to my good moral character and then went to Rushie to get his as to my education and he strongly advised me not to send the application in as I had no military training, but to join an O.T.C. He pointed out that I should be responsible for the lives of the men under me and that we had already lost large numbers through young officers being incompetent. I have since heard that the War Office are now not giving commissions to men without previous military training.
Mum wants you to buy the boy something for his birthday and has asked me to send you £1-1-0 for this. I am enclosing cheque made up as follows:
Dr Constable’s bill £3-5-6 Cheque for £5-2-0
Hunby’s 7-6 Boy’s present 1-1-0
Cable 5-6 Cheque 26-8-9
Hangers 1-7-9 ________
Punch Ball 1-1-0 32-11-9
Cake 6-9 6-17-0
Pipe 3-0 _________
_________
£6-17-0 £25-14-9
I sent the pipe on to Uncle John so that he got it before Christmas day.
I am sorry I was unable to send a cable to Billy Mason but Jean wrote saying that they had not got his address and he has received no letters since he has been away. I hope you received yours safely.
I am sorry Jack did not get his present but I sent him a rag book enclosed with Erl’s dolls, so I suppose this got lost in the post.
Yours
David