Note: this is May’s copy of a letter from David. 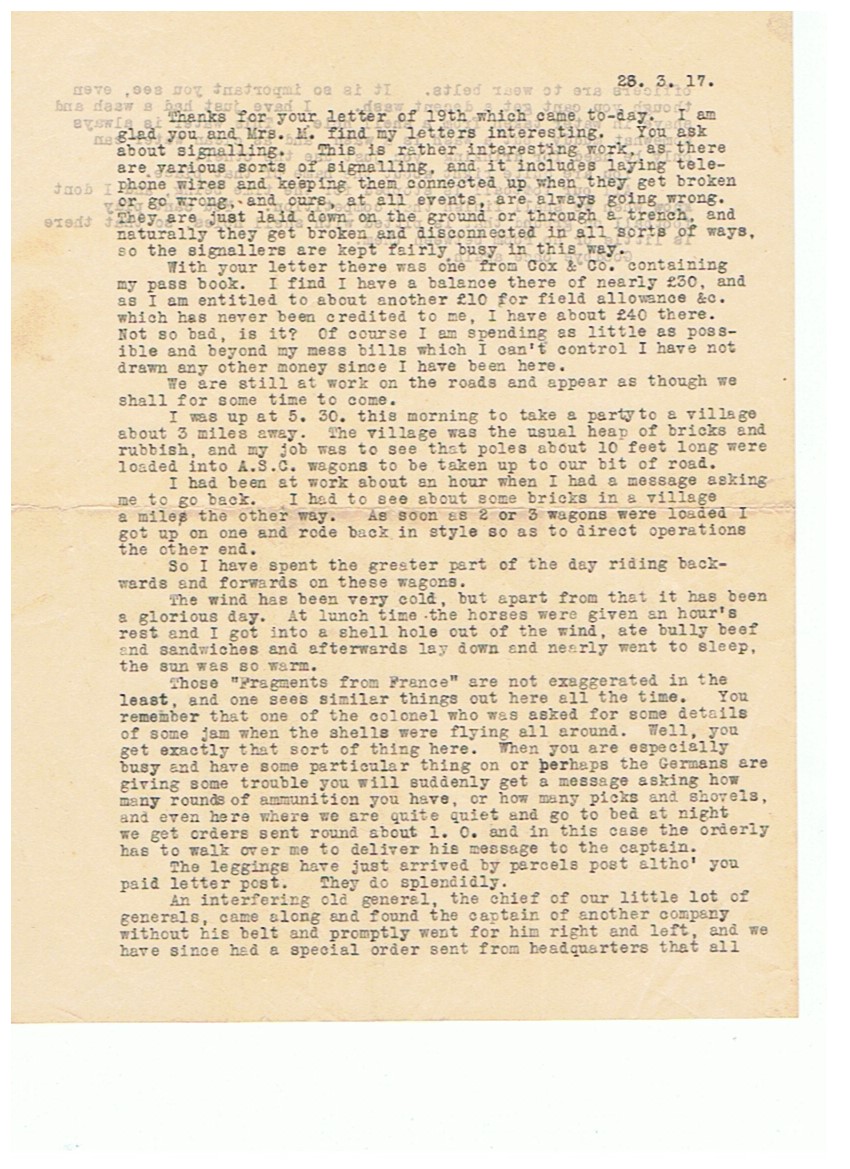 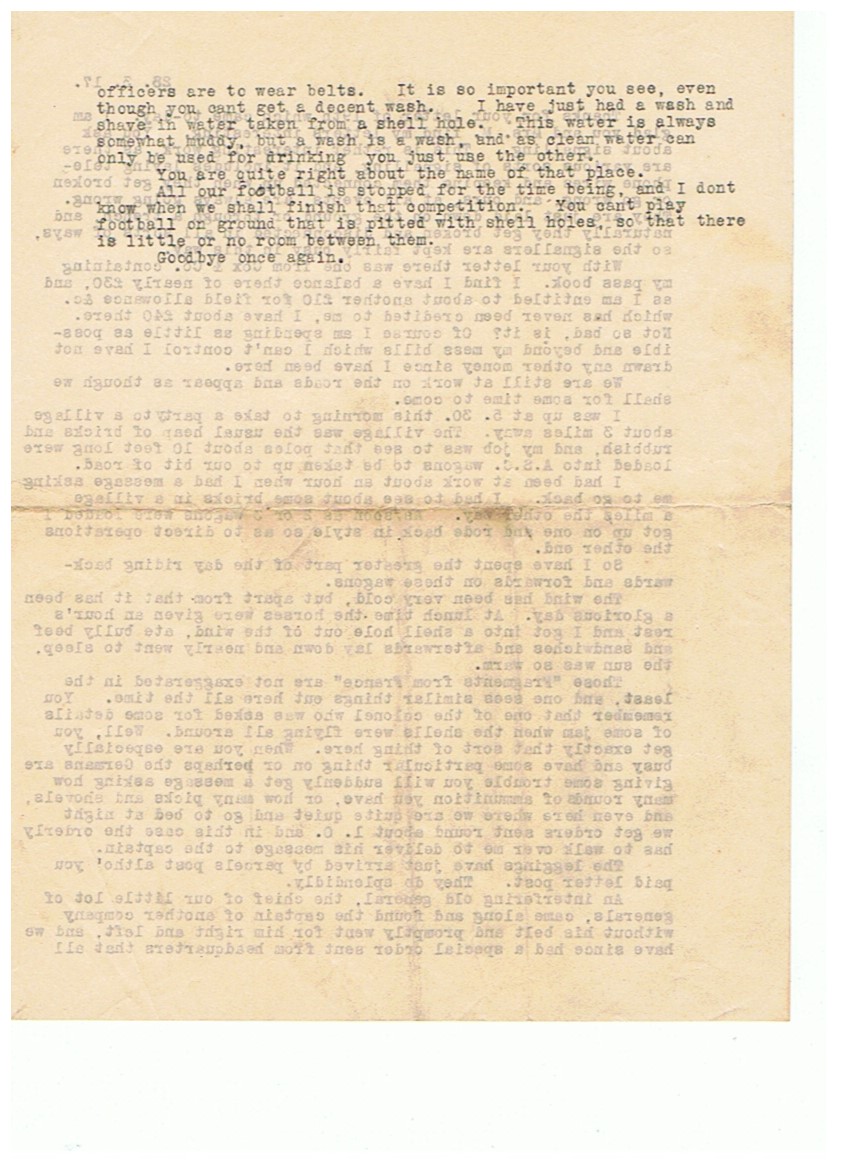 Thanks for your letter of 19th which came today. I am glad you and Mrs. M. find my letters interesting. You ask about signalling. This is rather interesting work, as there are various sorts of signalling, and it includes laying telephone wires and keeping them connected up when they get broken or go wrong, and ours, at all events, are always going wrong. They are just laid down on the ground or through a trench, and naturally they get broken and disconnected in all sorts of ways, so the signallers are kept fairly busy in this way.

With your letter there was the one from Cox & Co. containing my pass book. I find I have a balance there of nearly £30, and as I am entitled to about another £10 for field allowance &c. Which has never been credited to me, I have about £40 there. Not so bad, is it? Of course I am spending as little as possible and beyond my mess bills which I can’t control I have not drawn any other money since I have been here.

We are still at work on the roads and appear as though we shall for some time to come.

I was up at 5.30 this morning to take a party to a village about 3 miles away. The village was the usual heap of bricks and rubbish and my job was to see that poles about 10 feet long were loaded into A.S.C. wagons to be taken up to our bit of the road.

I had been at work for about an hour when I had a message asking me to go back. I had to see about some bricks in a village a mile the other way. As soon as 2 or 3 wagons were loaded I got up on one and rode back in style so as to direct operations the other end.

So I have spent the greater part of the day rising backwards and forwards on these wagons.

The wind has been very cold, but apart from that it has been a glorious day. At lunch the horses were given an hour’s rest and I got into a shell hole out of the wind, ate bully beef and sandwiches and afterwards lay down and nearly went to sleep, the sun was so warm.

Those “Fragments from France” are not exaggerated in the least, and one sees similar things out here all the time. You remember that one of the colonel who was asked for some details of some jam when the shells were flying around. Well, you get exactly that sort of thing here. When you are especially busy and have some particular thing on or perhaps the Germans are giving some trouble you will suddenly get a message asking how many rounds of ammunition you have, or how many picks and shovels, and even here where we are quite quiet and go to bed at night we get orders sent round about 1.0. and in this case the orderly has to walk over to me to deliver his message to the captain.

An interfering old general, the chief of our little lot of generals, came along and found the captain of another company without his belt and promptly went for him right and left, and we have since had a special order sent from headquarters that all officers are to wear belts. It is so important you see, even though you cant get a decent wash. I have just had a wash and shave in water taken from a shell hole. This water is always somewhat muddy, but a wash is a wash, and as clean water can only be used for drinking you just use the other.

You are quite right about the name of that place.

All our football is stopped for the time being, and I don’t know when we shall finish that competition. You can’t play football on ground that is pitted with shell holes, so that there is little or no room between them.