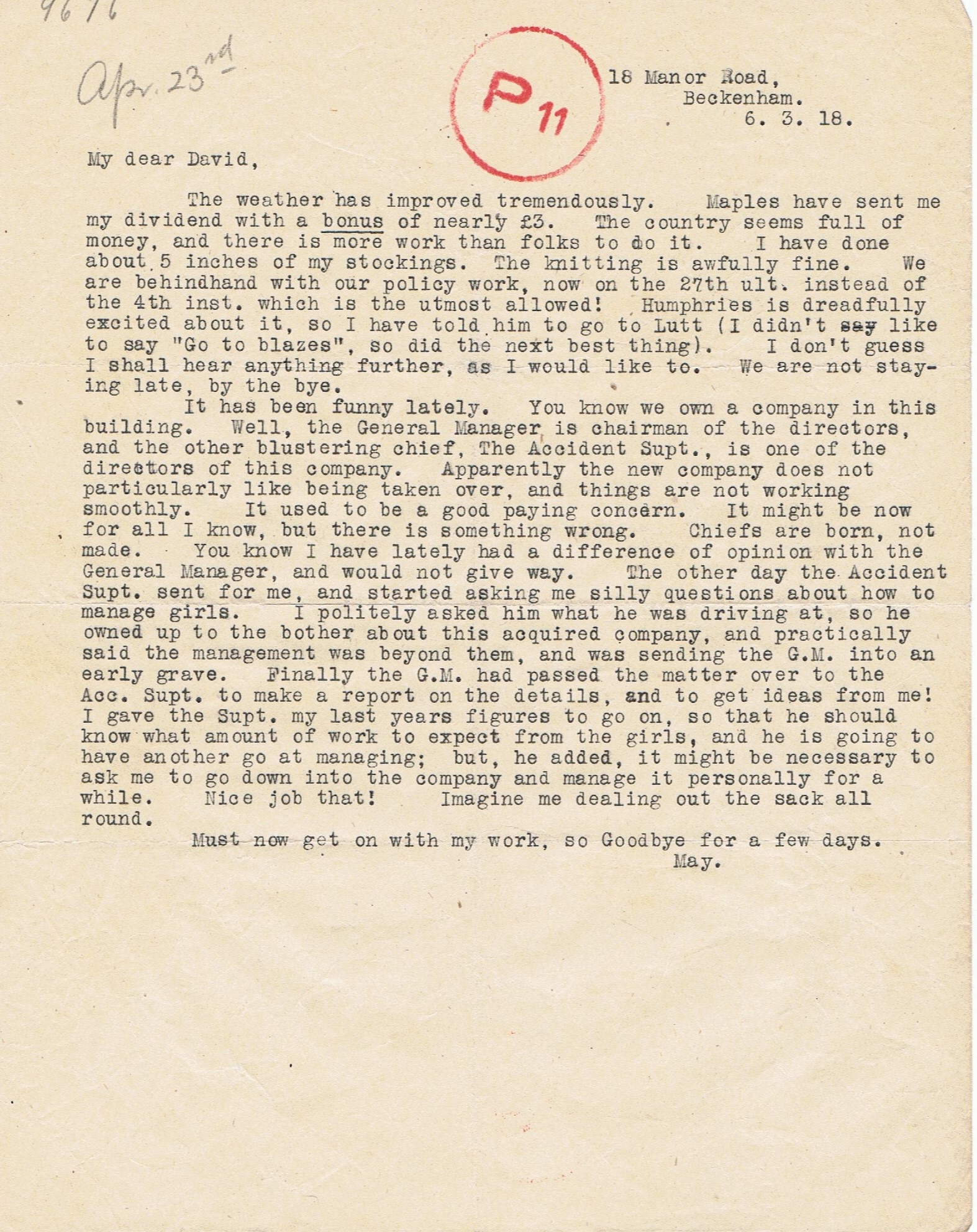 May to David Beckenham. 6. 3. 18.
My dear David,
The weather has improved tremendously. Maples have sent me my dividend with a bonus of nearly £3. The country seems full of money, and there is more work than folks to do it. I have done about 5 inches of my stockings. The knitting is awfully fine. We are behindhand with our policy work, now, on the 27th ult. instead of the 4th inst. which is the utmost allowed! Humphries is dreadfully excited about it, so I have told him to go to Lutt (I didn’t say like to say “Go to blazes”, so did the next best thing). I don’t guess I shall hear anything further, as I would like to. We are not staying late, by the bye.
It has been funny lately. You know we own a company in this building. Well, the General Manager is chairman of the directors, and the other blustering chief, The Accident Supt., is one of the directors of this company. Apparently the new company does not particularly like being taken over, and things are not working smoothly. It used to be a good paying concern. It might be now for all I know, but there is something wrong. Chiefs are born, not made. You know I have lately had a difference of opinion with the General Manager, and would not give way. The other day the Accident Supt. sent for me, and started asking me silly questions about how to manage girls. I politely asked him what he was driving at, so he owned up to the bother about this acquired company, and practically said the management was beyond them, and was sending the G.M. into an early grave. Finally the G.M. had passed the matter over to the Ace. Supt. to make a report on the details, and to get ideas from me! I gave the Supt. my last years figures to go on, so that he should know what amount of work to expect from the girls, and he is going to have another go at managing; but, he added, it might be necessary to ask me to go down into the company and manage it personally for a while. Nice job that! Imagine me dealing out the sack all round.
Must now get on with my work, so Goodbye for a few days.
May.