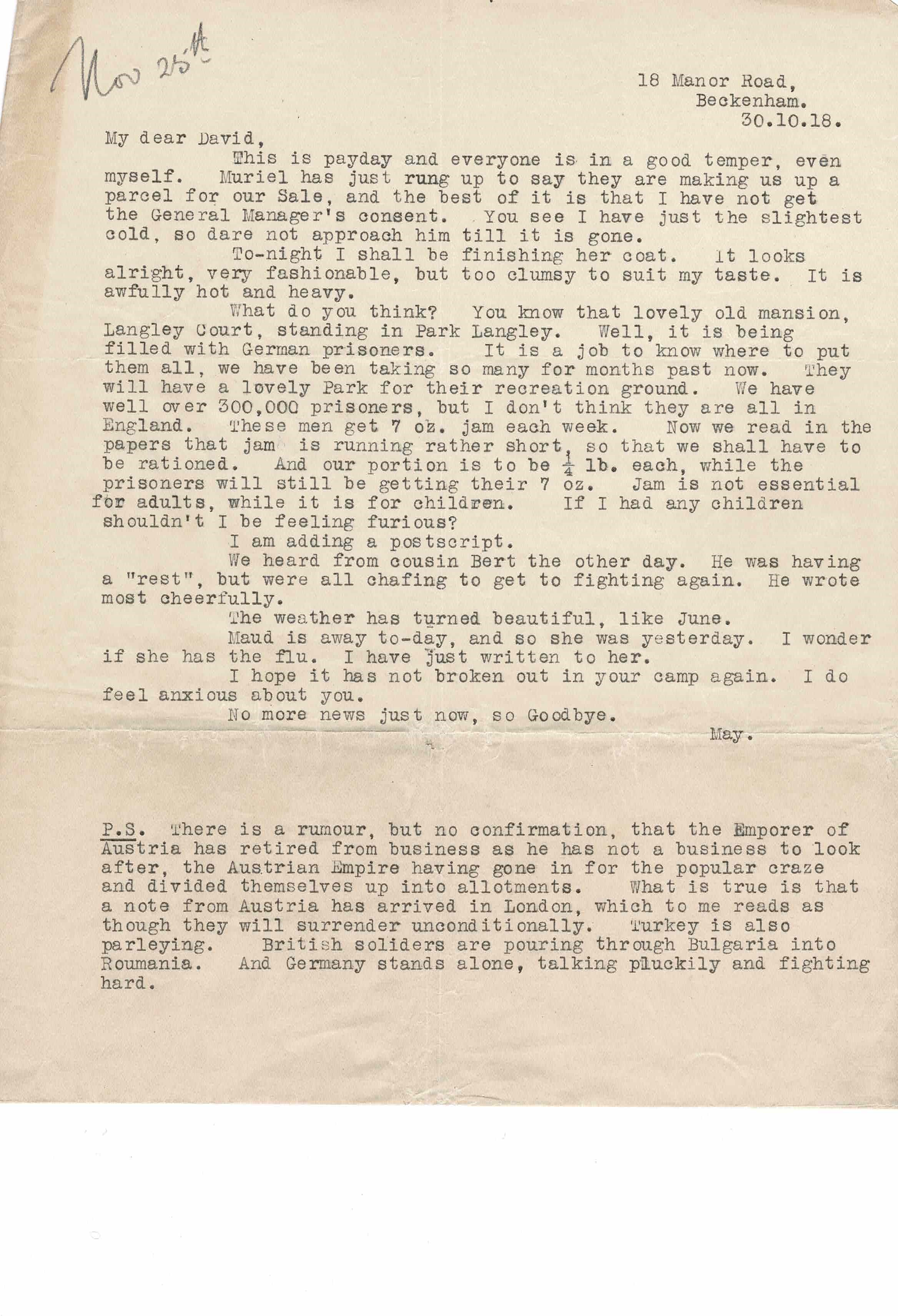 This is payday and everyone is in a good temper, even myself. Muriel has just rung up to say they are making us up a parcel for our Sale, and the best of it is that I have not get the General Manager’s consent. You see I have just the slightest cold, so dare not approach him till it is gone.

To-night I shall be finishing her coat. It looks alright, very fashionable, but too clumsy to suit my taste. It is awfully hot and heavy.

What do you think? You know that lovely old mansion, Langley Court, standing in Park Langley. Well, it is being filled with German prisoners. It is a job to know where to put them all, we have been taking so many for months past now. They will have a lovely Park for their recreation ground. We have well over 300,000 prisoners, but I don’t think they are all in England. These men get 7 oz jam each week. Now we read in the papers that jam is running rather short, so that we shall have to be rationed. And our portion is to be ¼ lb each, while the prisoners will still be getting their 7 oz. Jam is not essential for adults, while it is for children. If I had any children shouldn’t I be feeling furious?

I am adding a postscript.

We heard from cousin Bert the other day. He was having a “rest”, but were all chafing to get to the fighting again. He wrote most cheerfully.

Maud is away to-day, and so she was yesterday. I wonder if she has the flu. I have just written to her.

I hope it has not broken out in your camp again. I do feel anxious about you.

PS There is a rumour, but no confirmation, that the Emporer of Austria has retired from business as he has not a business to look after, the Austrian Empire having gone in for the popular craze and divided themselves up into allotments. What is true is that a note from Austria has arrived in London, which reads to me as though they will surrender unconditionally. Turkey is also parleying. British soldiers are pouring through Bulgaria into Roumania. And Germany stands alone, talking pluckily and fighting hard.